In 1929, she graduated from the Russian State Institute of Performing Arts, after which she worked at the Leningrad Theater of the Proletcult.

Since 1935 – a member of the Leningrad Comedy Theater.

She died on May 20, 1976. She was buried at Komarovsky cemetery in Saint Petersburg. 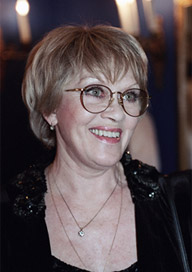 Alisa Brunovna Freindlich is a Soviet and Russian actress. People's Artist of the USSR (1981). Since 1983, Freindlich has been a leading actress of the Bolshoi Drama Theater in St. Petersburg, Russia.

Zarubin is a Russian masculine surname originating from the noun zarub meaning a notch in a tree; its feminine counterpart is Zarubina. The surname may refer to the following notable people:

Irina Petrovna Bogacheva was a Russian mezzo-soprano at the Mariinsky Theatre and a professor of voice at the Saint Petersburg Conservatory. Trained in Leningrad and at La Scala in Milan, she performed leading roles of the Russian and Italian repertoire at major international opera houses. Dmitry Shostakovich composed a song cycle to poems of Marina Tsvetaeva for her. 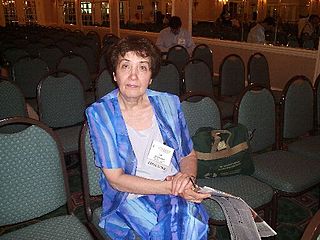 Irina Petrovna Beletskaya is a Soviet and Russian professor of chemistry at Moscow State University. She specializes in organometallic chemistry and its application to problems in organic chemistry. She is best known for her studies on aromatic reaction mechanisms, as well as work on carbanion acidity and reactivity. She developed some of the first methods for carbon-carbon bond formation using palladium or nickel catalysts, and extended these reactions to work in aqueous media. She also helped to open up the chemistry of organolanthanides.

Oleg Ivanovich Dal was a Soviet and Russian stage and film actor. 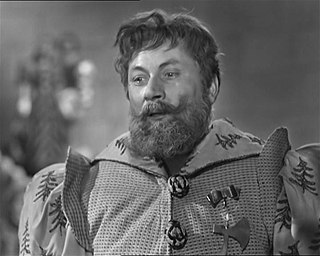 Vasili Vasilyevich Merkuryev was a Soviet actor, stage director and drama teacher. He was named People's Artist of the USSR in 1960. 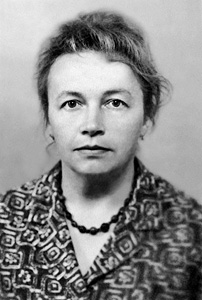 Evgenia Petrovna Antipova was a Russian Soviet painter, watercolorist, graphic artist, and Art teacher, a member of the Saint Petersburg Union of Artists, lived and worked in Leningrad – Saint Petersburg and regarded as one of representatives of the Leningrad School of Painting. 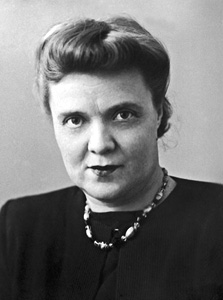 Elena Petrovna Skuin was a Soviet, Russian–Latvian painter, watercolorist, graphic artist, and art teacher, lived and worked in Leningrad, a member of the Leningrad Union of Artists, regarded as one of representatives of the Leningrad school of painting, most famous for her still life painting.

Olga Mikhailovna Ostroumova is a Soviet and Russian theater and film actress. Best known for her roles in films We'll Live Till Monday, The Dawns Here Are Quiet, Vasily and Vasilisa (1981).

Kira Alexandrovna Kreylis-Petrova was a Soviet and Russian stage, television, and film actress. She was an Honored Artist of Russia (1993).

Nina Ivanovna Ruslanova was a Soviet and Russian theater and film actress. She was honored as a People's Artist of Russia (1998).

Vasilisa the Beautiful is a 1940 Soviet film produced by Soyuzdetfilm and directed by Alexander Rou. It was based on a traditional Russian fairy tale The Frog Tsarevna , rather than the fairy tale of the same name. It was the first large-budget feature in the Soviet Union to use fantasy elements, as opposed to the realistic style long favored politically. 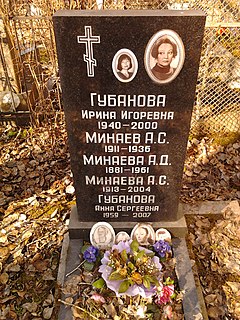 Irina Igorevna Gubanova was a Russian ballerina and film actress. She was married to the actor Sergei Gurzo. 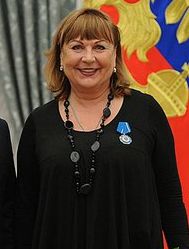 Tatyana Eduardovna Kravchenko is a Soviet and Russian film and stage actress, People's Artist of Russia (2002). 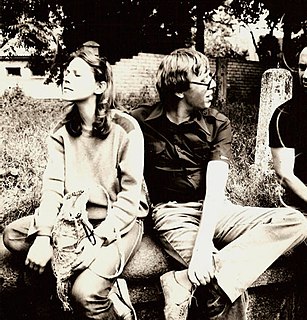 Anna Semyonovna Kamenkova is a Soviet and Russian actress of theater, cinema and dubbing. Honored Artist of the RSFSR (1985).

Maria Mikhailovna Blumenthal-Tamarina, was a Soviet and Russian movie and theater actress. She was given the title of People's Artist of the USSR (1936) and was one of the first actresses to receive this honor. She was also recognized as Honored Artist of the Russian Soviet Federative Socialist Republic in 1925 and People's Artist of RSFSR in 1928. She was also named a recipient of the Order of Lenin and the Order of the Red Banner of Labour. 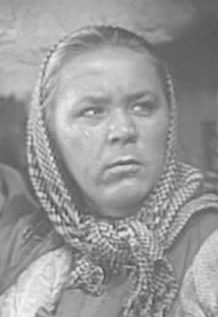 Valentina Petrovna Telegina was a Soviet and Russian actress.