Isabella of England (16 June 1332 – c. 5 October 1382) was the eldest daughter of King Edward III of England and Philippa of Hainault, and the wife of Enguerrand de Coucy, Earl of Bedford, by whom she had two daughters. She was made a Lady of the Garter in 1376.

Isabella was Edward and Philippa's second child, and eldest daughter. [1] Named after her paternal grandmother, Isabella of France, Isabella is believed to have been her father's favourite daughter, but less close to her mother. [2]

Born at Woodstock Palace, in Oxfordshire, on 16 June 1332, [3] [4] she was a baby who was much pampered by her doting parents. She slept in a gilded cradle lined with taffeta and covered with a fur blanket. Her gowns were of imported Italian silk, embroidered with jewels and fur-lined. Isabella had, along with her siblings, a household of servants which included a personal chaplain, musicians, a noble governor and governess, and three ladies-in-waiting as well as a staff of grooms, esquires, clerks, butlers, cooks, and other attendants. [5] As a child, Isabella was sent to the household of William and Elizabeth St Omer, which also included Isabella's older brother Edward and younger sister Joan.

When she was just 3 years old, her father attempted to arrange a marriage between Isabella and Pedro of Castile, the Castilian King's heir; however, her younger sister Joan later became Pedro's betrothed, dying before they could actually marry.[ citation needed ]

Isabella – unusually for the times – remained unmarried until the age of 33. She had previously been the subject of various betrothal proposals; however, these had all failed to come to fruition. On 15 November 1351, when she was 19 years old, five ships were instructed to take her to Gascony where she was to marry Bernard d'Albret as had been previously arranged. He was the second eldest son of Bernard Ezi IV, Lord of Albret. At the last moment before departure, however, Isabella changed her mind, and the marriage was called off. [4] Her father does not appear to have been angry at Isabella for her capricious behaviour as he granted her custody of Burtsall Priory in Yorkshire in 1355. He also settled the sum of 1,000 marks per annum on her. [4]

Isabella's husband had been brought to England in 1360 as a hostage exchanged for the freedom of King John II of France, an English prisoner. They married on 27 July 1365, at Windsor Castle, by which time Isabella was in her thirties. [2] Her father, Edward III, gave her a dowry of £4,000 and a large lifetime annual income, together with expensive amounts of jewellery and lands; de Coucy was restored to his family's lands in Yorkshire, Lancaster, Westmorland and Cumberland, and was released as a hostage without any need for ransom.

In November 1365, Isabella and her husband were permitted to enter France; their first daughter, Marie, was born at the family lands at Coucy in April 1366. [2] They later returned for a visit to England; on this occasion, Enguerrand was made Earl of Bedford on 11 May 1366, which made Isabella Countess of Bedford as well as Lady of Coucy. After the birth of Isabella's second daughter, Philippa, in 1367, Enguerrand and Isabella were also made Count and Countess of Soissons by Edward. Because her husband also served the King of France as a military leader, he was frequently away from home; consequently, Isabella, though living principally with Enguerrand at Coucy, made frequent visits to her family in England. She was made a Lady of the Garter in 1376.

Isabella was at her father's side when he died on 21 June 1377 having been urgently summoned home from France by couriers the previous April. [5]

After the accession of Richard II, Isabella's nephew, in August 1377, Enguerrand resigned all of his English ties and possessions. Isabella then died in England, separated from her husband and eldest daughter, Marie.

Her death was between 17 June and 5 October 1382. [6] [7] She was buried in Greyfriars Church, Newgate, London. Seven years after her death, her husband took as his second wife, Isabelle, the daughter of John I, Duke of Lorraine and Sophie of Württemberg.

Molly Costain Haycraft's fictionalized account of Isabella's life and courtship with her husband, The Lady Royal, recounts several incidents in the lives of the princess and other members of Edward III's family, but contains a number of historical errors. Chief among these is the explanation of the book's title; according to the story, Isabella (or Isabel, as she is identified in the story) was titled Princess Royal and later promoted to "Lady Royal" by her parents. This is impossible, given that the title of Princess Royal was not created until the reign of Charles I of England.

One reviewer commented that "Edward III's proclamation of the intended marriage... conveys more of the cadence of Plantagenet Britain than do pages of Mrs Haycraft's dreary efforts." [8] Others praise the author's attention to historical detail. [9] 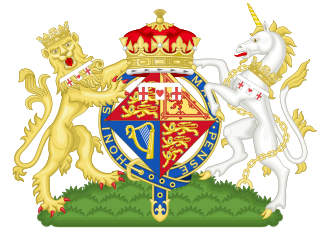 Princess Royal is a style customarily awarded by a British monarch to their eldest daughter. Although purely honorary, it is the highest honour that may be given to a female member of the royal family. There have been seven Princesses Royal. Princess Anne is the current Princess Royal. 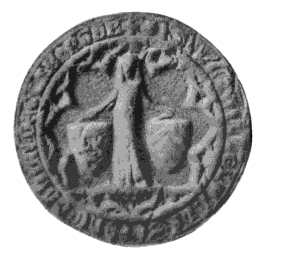 Eleanor de Clare, suo jure 6th Lady of Glamorgan was a Anglo-Welsh noblewoman who married Hugh Despenser the Younger and was a granddaughter of Edward I of England. With her sisters, Elizabeth de Clare and Margaret de Clare, she inherited her father's estates after the death of her brother, Gilbert de Clare, 8th Earl of Gloucester, 7th Earl of Hereford at the Battle of Bannockburn in 1314. She was born in 1292 at Caerphilly Castle in Glamorgan, Wales and was the eldest daughter of Gilbert de Clare, 6th Earl of Hertford, 7th Earl of Gloucester, 5th Lord of Glamorgan and Princess Joan of Acre.

The House of Plantagenet was a Royal house which originated from the lands of Anjou in France. The family held the English throne from 1154 to 1485, when Richard III died in battle. 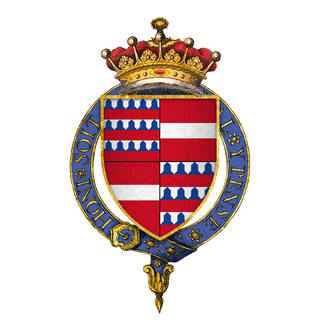 Enguerrand VII de Coucy,, also known as Ingelram de Coucy and Ingelram de Couci, was a medieval French nobleman and the last Lord of Coucy. He became son-in-law of King Edward III of England following his marriage to the king's daughter, Isabella of England, and the couple was subsequently granted several English estates, among them the title Earl of Bedford. Coucy fought in the Battle of Nicopolis in 1396 as part of a failed crusade against the Ottoman Empire, but was taken prisoner and contracted the bubonic plague. He died in captivity the following year at Bursa.

Anne Beauchamp, 16th Countess of Warwick was an important late medieval English noblewoman. She was the daughter of Richard Beauchamp, 13th Earl of Warwick, and his second wife Isabel le Despenser, a daughter of Thomas le Despenser and Constance of York. Anne Beauchamp was the mother of two famous daughters, Isabel Neville, the royal Duchess of Clarence, and Anne Neville, Queen consort of England as the spouse of King Richard III. 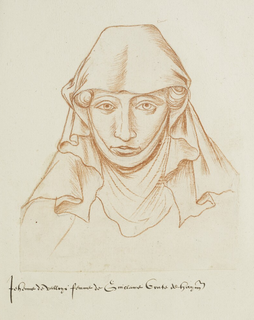 Joan of Valois was a Countess consort of Hainaut, Holland, and Zeeland, by marriage to William I, Count of Hainaut. She acted as regent of Hainaut and Holland several times during the absence of her spouse, and she also acted as a political mediator.

Henry of Bar was lord of Marle and the Marquis de Pont-à-Mousson. He was the eldest son of Robert I of Bar and Marie of Valois. 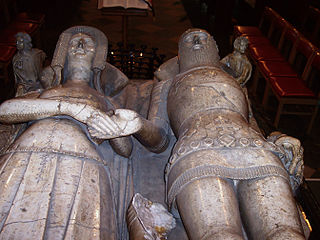 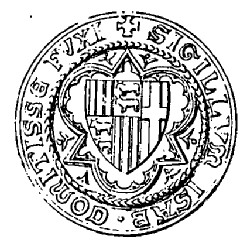 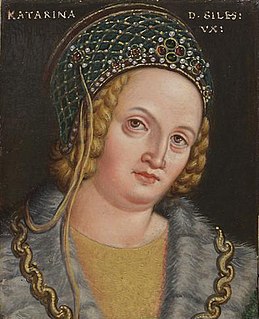 Catherine of Austria was the daughter of the Habsburg Duke Leopold I of Austria and the wife successively of the French nobleman Enguerrand VI, Lord of Coucy and the German Konrad von Hardeck, Burgrave of Magdeburg.