Kataoka was born 12 July 1936 in Hokkaido. He attended Chuo University in Tokyo. [1] 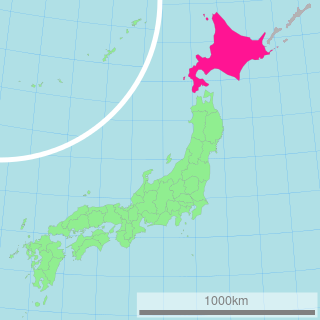 Hokkaido is the second largest main island of Japan, and the largest and northernmost prefecture. The Tsugaru Strait separates Hokkaido from Honshu. It was formerly known as Ezo, Yezo, Yeso, or Yesso. The two islands are connected by the undersea railway Seikan Tunnel. The largest city on Hokkaido is its capital, Sapporo, which is also its only ordinance-designated city. About 43 kilometres north of Hokkaido lies Sakhalin Island and to the east and northeast are the Kuril Islands, which are administered by Russia, although the four most southerly are claimed by Japan—see Kuril Islands dispute. 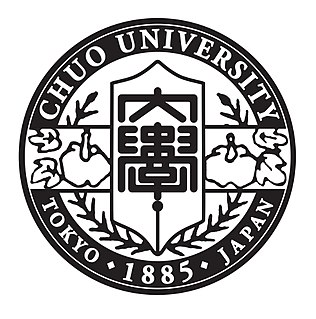 Chuo University, commonly referred to as Chuo (中央) or Chu-Dai (中大), is a private flagship research university in Tokyo, Japan. Founded in 1885 as Igirisu Hōritsu Gakkō, Chuo is one of the oldest and most prestigious institutions in the country. The university operates four campuses in Tokyo: the largest in Hachiōji, one in Bunkyō, and two others in Shinjuku. Chuo is organized into six faculties, ten graduate schools, and nine research institutes. There are also four affiliated high schools and two affiliated junior high schools. 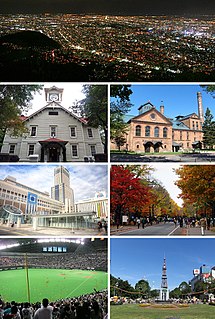 Sapporo is the fifth largest city of Japan by population, and the largest city on the northern Japanese island of Hokkaido. It is the capital city of Hokkaido Prefecture and Ishikari Subprefecture. It is an ordinance-designated city. Located in the southwestern part of Hokkaido, Sapporo lies within the alluvial fan of the Toyohira River, a tributary stream of the Ishikari River.

The International Ice Hockey Federation is a worldwide governing body for ice hockey and in-line hockey. It is based in Zurich, Switzerland, and has 76 members. It manages international ice hockey tournaments and maintains the IIHF World Ranking.

The IIHF credited Kataoka's "experience and knowledge of the game of ice hockey" for his effective management of these events, as well as his attention to detail in preparing facilities for the participants. The IIHF further stated that "Kataoka's enthusiasm and aspiring attitude in the development of ice hockey administrators and officials of the next generation was greatly appreciated and respected by the ice hockey family in and outside of Japan". [2]

In 2001 Kataoka received the Paul Loicq Award for contributions to the IIHF and promoting international ice hockey. [2] He became the first Japanese person to receive the award, and the only Japanese recipient as of 2019. [3] He remained involved with Japanese international sports and served as the head of mission for the Japanese delegation at the 2005 Winter Universiade at Innsbruck. [1]

The Paul Loicq Award is presented annually by the International Ice Hockey Federation (IIHF) to honour a person who has made "outstanding contributions to the IIHF and international ice hockey". Named after Paul Loicq, who was president of the IIHF from 1922 until 1947, it is the highest personal recognition given by the world governing body of ice hockey. The award is presented during the annual IIHF Hall of Fame induction ceremony.

Kataoka served as an advisor to the Japanese Ice Hockey Federation. After the 2011 Tōhoku earthquake and tsunami devastated areas in the Sendai region of Japan, he was part of the ceremonies to remember the disaster. Donations were collected during the 2012 Japan ice hockey championships, and he presented the funds raised to the Sendai Lady Rabbits team. [4] 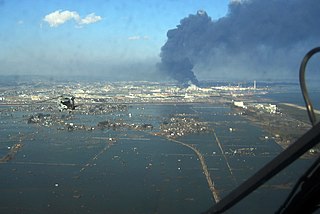 Sendai is the capital city of Miyagi Prefecture, Japan, the largest city in the Tōhoku region, and the second largest city north of Tokyo. As of 1 June 2019, the city had a population of 1,089,372, and is one of Japan's 20 designated cities. The city was founded in 1600 by the daimyō Date Masamune. It is nicknamed the City of Trees; there are zelkova trees lining many of the main thoroughfares such as Jōzenji Street and Aoba Street.

The men's ice hockey tournament at the 1932 Winter Olympics in Lake Placid, U.S.A., was the 4th Olympic Championship, also serving as the 6th World Championships. Canada, represented by the Winnipeg Hockey Club, won its fourth consecutive Olympic gold medal and sixth consecutive World Championship. The United States took the silver medal and Germany claimed one of its three all-time hockey medals by taking the bronze. 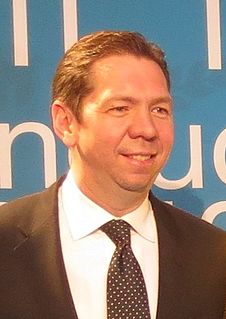 Gordon Matthew Miller is a Canadian sportscaster for Bell Media's sports cable network TSN. He is a play-by-play announcer for the NHL on TSN and is the lead announcer for TSN's coverage of international hockey, including the IIHF World Under-20 Hockey Championships. He also covers the annual NHL Entry Draft, provides play-by-play for Canadian Football League games, and does play-by-play for NBCSN in the United States.

Pat Marsh was a British ice hockey administrator. She served as secretary of the British Ice Hockey Association from 1953 to 1987, and was inducted into the British Ice Hockey Hall of Fame for her work in Great Britain. She also worked in the International Ice Hockey Federation (IIHF) office for more than 20 years, represented Great Britain at IIHF congresses, and received the Paul Loicq Award for her work in international ice hockey.

Patrick Francheterre is a French retired ice hockey player, coach, manager and international administrator. His playing career included time with CPM Croix and Dogues de Bordeaux as a player-coach and with the France men's national ice hockey team at the Ice Hockey World Championships and the 1968 Winter Olympics. After retiring from playing, he served as the head coach of the national team and also served two terms as its general manager. He later became a member of the International Ice Hockey Federation council and was honored with the Paul Loicq Award in 2017 for contributions to international ice hockey.

Monique Scheier-Schneider is a Luxembourg ice hockey administrator. She has served as president of Tornado Luxembourg and negotiated the team's entry into the French Division 3. She became secretary of the Luxembourg Ice Hockey Federation, managing the Luxembourg men's national ice hockey team at international competitions. She was later elected to the International Ice Hockey Federation (IIHF) council, oversaw the 2010 Winter Olympics Women's ice hockey tournament, and presided over the 2011 IIHF Women's World Championship. She was honored by the IIHF with the Paul Loicq Award in 2015 for her contributions to international ice hockey.

Roman Neumayer was a German ice hockey executive, coach and player. He served as the sport director of the German Ice Hockey Federation from 1970 to 1986 and as technical director for the International Ice Hockey Federation from 1986 to 1996. He received the Paul Loicq Award for service to international ice hockey, and his career was recognized by induction into the German Ice Hockey Hall of Fame.

Rita Hrbacek is an Austrian retired ice hockey administrator. She joined the Austrian Ice Hockey Association in 1964 working as a secretary until 1976. She then transferred to the International Ice Hockey Federation (IIHF) working as a secretary until 1983. She returned to the Austrian Ice Hockey Association as its secretary general in 1989. She retired her position on 31 May 2004 after 40 years of service to ice hockey, and was succeeded by Christian Hartl as the secretary general. The IIHF made Hrbacek the Paul Loicq Award recipient in 2005, for her services to international ice hockey.

Kent Angus is a Canadian retired businessman. He represented Nike, Inc. as the supplier of team hockey jerseys and other apparel for the International Ice Hockey Federation (IIHF). His work included the supply of uniforms for 49 Ice Hockey World Championships, four Winter Olympic Games, and more than 75,000 hockey jerseys. He received the Paul Loicq Award from the IIHF for contributions to international ice hockey in 2012.

Vsevolod Vladimirovich Kukushkin is a Russian journalist, writer and ice hockey administrator. He has written for Komsomolskaya Pravda, TASS, RIA Novosti and Sport Express. He traveled with the Soviet Union national ice hockey team as both a journalist and translator, and reported on ice hockey at the Olympic Games, the Ice Hockey World Championships and Canada Cup tournaments. His other work includes published books and television screenplays. As an ice hockey administrator he sat on International Ice Hockey Federation (IIHF) committees, and acted as a press secretary for the Russian Superleague and its successor the Kontinental Hockey League. He received the Paul Loicq Award in 2000 from the IIHF for contributions to international ice hockey.