The Lebanese people are the people inhabiting or originating from Lebanon. The term may also include those who had inhabited Mount Lebanon and Anti-Lebanon mountains prior to the creation of the modern Lebanese state. The religious groups among the Lebanese people are Shias (27%), Sunnis (27%), Maronites (21%), Greek Orthodox (8%), Melkites (5%), Druze (5.6%), Protestants (1%). There is a large diaspora in North America, South America, Europe, Australia and Africa.

Together with his brother Akram Safa, he is the owner of Privinvest Holding, a major international naval construction group. [2] In addition to this, Iskandar Safa and his brother Akram control, through P.I. Dev SAL, the French company FIMAS SA specialised in developing and managing real estate properties in the South of France.

Safa was born in Beirut in 1955 to a Maronite Christian family. In the late 1970s, Safa enrolled in the American University of Beirut, graduating with a Bachelor of Engineering degree in civil engineering. He left Lebanon to become a junior civil engineer in the United States, and then moved to France, where in 1982 he graduated with an MBA from INSEAD in Fontainebleau. [2]

Beirut is the capital and largest city of Lebanon. No recent population census has been conducted, but 2007 estimates ranged from slightly more than 1 million to 2.2 million as part of Greater Beirut. Located on a peninsula at the midpoint of Lebanon's Mediterranean coast, Beirut is the country's largest and main seaport.

The American University of Beirut (AUB) is a private, secular and independent university in Beirut, Lebanon. It is one of the most prestigious universities in the Middle East, securing the top spot in the Arab region in the 2018 QS World University Rankings.

From 1978 to 1981, Iskandar Safa managed the construction of a military airport in Riyadh (Saudi Arabia).(This is not an accurate statement: during this period, and a bit later, he was working as a site engineer for INECC at the King Abdulaziz Military Academy project in Salbukh, near Riyadh) [3]

In 1986, he became President of Triacorp International. On 19 January 2005, he stepped down as President of the company’s steering committee in favor of Eric Giardini. [4]

During the 1990s Iskandar and his brother Akram founded Privinvest, a shipbuilding company specialising in naval and commercial vessels and mega yachts.

In 1992, he was elected by the CIRI (Comité Interministériel de Restructuration Industrielle) to purchase the Constructions Mécaniques de Normandie (CMN) in Cherbourg and managed to turn around the naval construction shipyard that was facing difficulties at the times. The CMN became a French company affiliated to Privinvest Group. [5] Iskandar Safa is currently the main shareholder of the CMN. He is also President of the council of FIMAS Group which owns marble carriers in the town Saint-Pons-de-Thomières located in Herault, France, also called ‘Marbres de France’. [6]

On 1 March 2018, a German consortium consisting of Thyssen Krupp and Luerssen is excluded by the German Government from the tender for the construction of the multi-purpose warship MKS 180 for the benefit of GNY (German Naval Yards), belonging to the Prinvinvest group, and the Dutch shipbuilder Damen [8] .

He is currently considered as one of the wealthiest people in Lebanon. [9]

Since 2011 Iskandar Safa has been the non-executive vice-president of the Marfin Investment Group’s steering committee, a holding company listed on the Athens’ stock-exchange. [10]

Saad El-Din Rafik Al-Hariri is a Lebanese politician who has been the Prime Minister of Lebanon since December 2016. He was also the Prime Minister from November 2009 to June 2011. He is the second son of former Lebanese Prime Minister Rafic Hariri, who was assassinated in 2005. Hariri has also been the leader of the Future Movement party since 2005. He is seen as "the strongest figurehead" of the March 14 Alliance. After three years living overseas, he returned to Lebanon on 8 August 2014 and was designated Prime Minister on 3 November 2016. Hariri's surprise announcement of an intent to resign, broadcast on 4 November 2017 on Saudi state TV, has widely been seen as part of the Iran–Saudi Arabia proxy conflict in Lebanon, and triggered a dispute between Lebanon and Saudi Arabia. The resignation was later suspended, following President Michel Aoun's request to "put it on hold ahead of further consultations". Hariri rescinded his resignation on 5 December.

Consolidated Contractors Company (CCC) is the largest construction company in the Middle East and ranks among the top 25 international contractors with a revenue of 5.3 billion USD in 2013. CCC has offices and projects in over 40 countries, and a workforce of more than 130,000 employees. 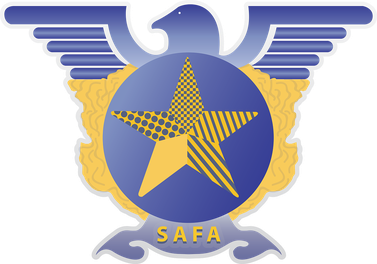 Safa Beirut Sporting Club is a Lebanese football club based in Wata El-Museitbeh, Beirut. The club primarily receives its support from the Druze community. Founded in 1939, they became one of the most important teams in Asia after making it to the finals of the AFC Cup in 2008.

Félix Amiot was a French industrialist and aircraft constructor based in Colombes, France. Some of the aircraft models he designed served in the French Air Force during the Second World War. His second industrial activity was shipbuilding for fishing boats, sailing and warship in Cherbourg. He became famous for designing and producing Missile Boat type "Combattante" which he sold worldwide.

The La Combattante patrol boat was a type of fast attack craft built in France for export during the 1970s and 80's. It went through several modifications and was sold to, and operated by, numerous navies around the world.

Bank of Beirut is a commercial bank in Beirut, Lebanon. It was founded in 1963 as Realty Business Bank S.A.L. and 10 years later, in 1973, changed its name to the current name. In 1993, a group of bankers and businessmen headed by Salim Sfeir, the current Chairman and CEO, acquired the five branches bank, which ranked 35 out of the 71 banks operating that year, and in 1997, Bank of Beirut was listed on the Beirut Stock Exchange. 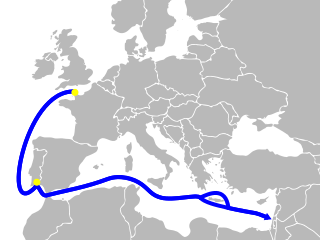 The Cherbourg Project was an Israeli military operation that took place on 24 December 1969 and involved the escape of five remaining armed Sa'ar 3 class boats from the French port of Cherbourg. The boats had been paid for by the Israeli government but had not been delivered due to the French arms embargo in 1969. The whole operation was planned by the Israeli Navy, and was codenamed Operation Noa, after the daughter of Captain Binyamin "Bini" Telem.

Anwar M. El-Khalil is a Druz Lebanese member of the Lebanese Parliament representing the Marjeyoun/Hasbaya district.

Avions Amiot was a former French aircraft manufacturer. The company was formed in 1916 by Félix Amiot as the Society of Mechanical Drawing and Construction (SECM).

Abu Dhabi MAR (ADM), a holding company based in Abu Dhabi, UAE; is a shipbuilding group with an international presence, and one of the leading shipbuilders in the Persian Gulf.

Lebanese people in the United Arab Emirates have a population exceeding 80,000, closer estimates report a total of 156,000 Lebanese in the Emirates. Lebanese people form one of the largest community of non-citizen Arabs in the UAE. In addition, an increasing number of Lebanese students seeking education and career opportunities opted for the country in light of its relatively reputable institutions across the Middle East, the case that applies mostly to those born in United Arab Emirates.

Byblos Bank is a Lebanese bank established in 1963 and headquartered in Beirut, Lebanon. It is the country’s third largest bank by assets. It is one of the Alpha banks in Lebanon, along with Bank Audi, BLOM Bank, and Fransabank, which are its main competitors. As at 31 July 2018, it operates 88 branches in Lebanon. 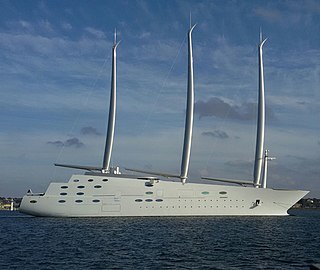 Mouna Bassili Sehnaoui is a Lebanese painter, writer and artist.

Banque Libano-Française (BLF) is a Lebanese bank holding number 10 on Banque du Liban List of Banks. It has a total of 60 branches and more than 176 ATMs, the second largest network of ATMs in Lebanon in 2018.