The Israel Philharmonic Orchestra was founded as the Palestine Symphony Orchestra by violinist Bronisław Huberman in 1936, at a time of the dismissal of many Jewish musicians from European orchestras. [1] Its inaugural concert took place in Tel Aviv on December 26, 1936, conducted by Arturo Toscanini. Its first principal conductor was William Steinberg.

Its general manager between 1938 and 1945 was Leo Kestenberg, who, like many of the orchestra members, was a German Jew forced out by the rise of Nazism and the persecution of Jews. During the Second World War, the orchestra performed 140 times before Allied soldiers, including a 1942 performance for soldiers of the Jewish Brigade at El Alamein. At the end of the war, it performed in recently liberated Belgium. In 1948, after the creation of the State of Israel, the orchestra was renamed as the Israel Philharmonic Orchestra.

In 1955, the Orchestra played for Pope Pius XII at the Vatican, in appreciation for the assistance the Pope had given to Jewish victims of Nazism during World War Two. [2]

Particular conductors notable in the history of the orchestra have included Leonard Bernstein and Zubin Mehta. Bernstein maintained close ties with the orchestra from 1947, and in 1988, the IPO bestowed on him the title of Laureate Conductor, which he retained until his death in 1990. Mehta became the IPO's Music Advisor in 1969. The IPO did not have a formal music director, but instead "music advisors", until 1977, when Mehta was appointed the IPO's first Music Director. In 1981, his title was elevated to Music Director for Life. [3] In December 2016, the Israel Philharmonic announced that Mehta is to conclude his tenure as music director as of October 2019. [4] Principal guest conductors of the orchestra have included Yoel Levi and Gianandrea Noseda.

With Mehta, the IPO has made a number of recordings for Decca. With Bernstein, the IPO recorded his own works and works of Igor Stravinsky, for Deutsche Grammophon. The IPO has also collaborated with Japanese composer Yoko Kanno in the soundtrack of the anime Macross Plus .

The initial concerts of the Palestine Orchestra in December 1936, conducted by Toscanini, featured the music of Richard Wagner. [5] However, after the Kristallnacht pogroms in November 1938, the orchestra has maintained a de facto ban on Wagner's work, due to that composer's antisemitism and the association of his music with Nazi Germany. [6]

The Secretary-General of the orchestra is Avi Shoshani. The IPO has a subscriber base numbering 26,000. [7] Commentators have noted the musically conservative tastes of the subscriber base, [8] although the IPO is dedicated to performing new works by Israeli composers, such as Avner Dorman.

Among the orchestra's education initiatives are the Buchmann-Mehta School of Music, a partnership between the Israel Philharmonic Orchestra and Tel Aviv University. Created by Zubin Mehta and philanthropist Josef Buchmann to educate orchestral musicians to supply the artistic future of the IPO and other orchestras, [9] the school is located on the university's campus in Tel Aviv and works very closely with the IPO, including orchestral training programs, master classes with IPO guest artists and special concerts at the IPO's halls. Several members of the IPO are BMSM alumni, while various IPO musicians serve as BMSM faculty members.

In 2007, Lahav Shani first appeared with the IPO as guest soloist. Starting in October 2013, he appeared as guest conductor with the orchestra each year. In January 2018, the IPO announced the appointment of Shani as its next music director, effective with the 2020-2021 season, a position he retains as at April 2022. [10] [11]

In 1958, the IPO was awarded the Israel Prize, in music, the first time that an organisation received the Prize. [12]

The orchestra's performance in London at The Proms on September 1, 2011 was disrupted by pro-Palestinian protesters. The radio broadcast was interrupted, but the concert was broadcast again a few days later. [13] The orchestra's secretary-general Avi Shoshani declared to London's The Times newspaper that the orchestra was unlikely to ever perform in the UK again. [14] Nobody was prosecuted for the disruptions, partly because the management of the Royal Albert Hall, where the concert took place, declined to cooperate with a group of Israel-supporting lawyers. [15]

Daniel Barenboim is a pianist and conductor who is a citizen of Argentina, Israel, Palestine, and Spain.

Hagai Shaham is an acclaimed Israeli violin virtuoso. He began studying the violin at the age of six and was the last student of the late Professor Ilona Feher. He is also a violin teacher, a professor at the Buchmann-Mehta School of Music, in the Faculty of Arts at Tel Aviv University, and an artist-in-residence at Stony Brook University.

Ödön Pártos [alternate transcription in English: Oedoen Partos, Hungarian: Pártos Ödön, Hebrew: עֵדֶן פרטוש ] was a Hungarian-Israeli violist and composer. A recipient of the Israel Prize, he taught and served as director of the Rubin Academy of Music, now known as the Buchmann-Mehta School of Music in Tel Aviv.

Michael Shani is a well-known figure in the Israeli musical scene. He was born and raised in Israel, where he began his musical career as a cellist. He played in the Kibbutz Chamber Orchestra and was the conductor of the Kibbutz Symphony Orchestra. He completed his musical training at the Tel-Aviv Music Teacher's College, the Rubin Academy of Music in Jerusalem and at the Brigham Young University in Utah, United States. 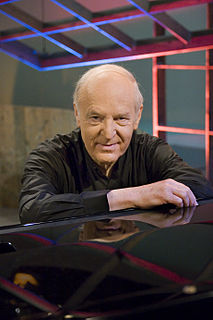 Arie Vardi is a classical pianist, conductor, and piano pedagogue. He is laureate of the Israel Prize in 2017.

Arnon Erez' is an acclaimed Israeli pianist and chamber musician, and a piano professor at the Buchmann-Mehta School of Music, in the Faculty of Arts at Tel Aviv University.

Julian Rachlin is a Lithuanian-born violinist, violist and conductor. 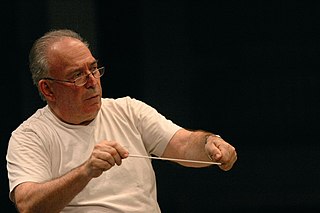 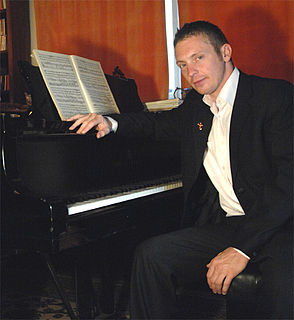 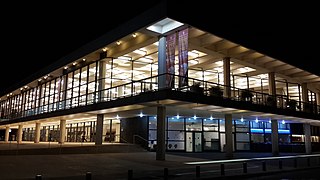 Heichal HaTarbut, also known in English as the Culture Palace, officially the Charles Bronfman Auditorium, until 2013 the Fredric R. Mann Auditorium, is the largest concert hall in Tel Aviv, Israel, and home to the Israel Philharmonic Orchestra.

Mendi Rodan was an Israeli conductor and violinist. 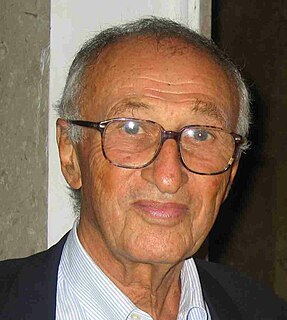 Dov (Dubi) Seltzer is a Romanian-born Israeli composer and conductor.

Astrith Baltsan is an Israeli concert pianist and musicologist, known for her Beethoven interpretation, her unique concert style reaching out for larger audiences worldwide.

Shalom Ronli-Riklis was an Israeli musician, music teacher, and the conductor of the IDF Orchestra.

The Buchmann-Mehta School of Music (BMSM) is an institute of higher education in Tel Aviv, Israel. The school is a part of the Faculty of the Arts of Tel Aviv University and is operated in collaboration with the Israel Philharmonic Orchestra (IPO). The school is named after German Jewish philanthropist Josef Buchmann and conductor Zubin Mehta, then music director of the IPO. Mehta is the honorary president of the school and has conducted the school's orchestra regularly in Israel and on tours abroad. The BMSM mission is to train elite young musicians in performance, composition and research in music and prepare them for professional careers in these fields. The BMSM's orchestral training program is an integral part of the school and aims to educate orchestral musicians to supply the artistic future of the IPO and other orchestras.

Lahav Shani is an Israeli conductor and pianist.