Itch.io (stylized as itch.io) is a website for users to host, sell and download indie games. Released in March 2013 by Leaf Corcoran, the service hosts over 400,000 games and items as of August 2021.

Itch.io also allows users to host game jams, events where participants have limited time (usually 1–3 days) to create a game. Game Off and Game Maker's Toolkit Game Jam have been hosted on Itch.io.

On 3 March 2013, Leaf Corcoran posted a blog entry to the site leafo.net detailing what the future website would be about, with a pay-what-you-want model. In an interview with Rock, Paper, Shotgun , Corcoran said the original idea was not a store but instead a place to "create a customized game homepage". [5] An early inspiration was Bandcamp, a self-publishing site for musicians, and the name itch.io originates from a spare domain that Corcoran had purchased a couple of years prior. [1]

In December 2015, the service announced the release of an open-source desktop application for installing games and other content, as well as keeping existing games and content updated automatically. It was released with simultaneous support for Windows, macOS, and Linux. [7]

In support of the George Floyd protests, Itch.io organized the Bundle for Racial Justice and Equality in June 2020. [9] It initially launched with over 700 games, but increased to over 1500 as additional developers offered to contribute. [10] [11] In 11 days, the bundle raised $8.1M for the NAACP Legal Defense and Educational Fund and Community Bail Fund. [12] [13]

In June 2021, Itch.io launched a bundle for Palestinian Aid, from which all proceeds would go to the United Nations Relief and Works Agency to assist civilians in the Gaza Strip following the 2021 Israel–Palestine crisis. It included 1,272 items and raised over $899,000. [14]

The developer can charge money for the games they release onto the platform, and in May 2015, Itch.io paid developers US$51,489. [6] By default, the site takes a 10% cut from each sale, [15] but the developer can choose how much money the site will get per purchase. [16] The developer can set the lowest price for the game (including free), and the customer can pay above that minimum amount if they like the game they are purchasing. [17]

The Game Developers Conference (GDC) is an annual conference for video game developers. The event includes an expo, networking events, and awards shows like the Game Developers Choice Awards and Independent Games Festival, and a variety of tutorials, lectures, and roundtables by industry professionals on game-related topics covering programming, design, audio, production, business and management, and visual arts.

Game Developer is a website founded in 1997 that focuses on all aspects of video game development. It is owned and operated by Informa and acted as the online sister publication to the print magazine Game Developer. The site was known as Gamasutra until August 2021. 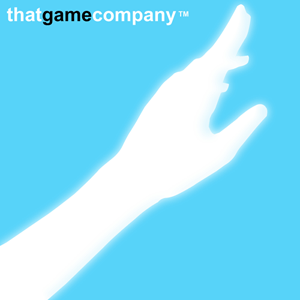 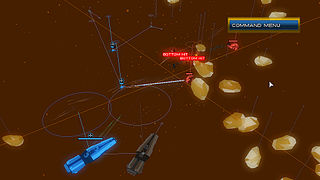 An independent video game or indie game is a video game typically created by individuals or smaller development teams without the financial and technical support of a large game publisher, in contrast to most "AAA" (triple-A) games. However, the "indie" term may apply to other scenarios where the development of the game has some measure of independence from a publisher even if a publisher helps fund and distribute a game, such as creative freedom. Because of their independence and freedom to develop, indie games often focus on innovation, experimental gameplay, and taking risks not usually afforded in AAA games, and may explore the medium to produce unique experiences in art games. Indie games tend to be sold through digital distribution channels rather than at retail due to lack of publisher support. The term is synonymous with that of independent music or independent film in those respective mediums.

Xbox Live Indie Games are video games created by individual developers or small teams of developers released on Microsoft's Xbox Live Marketplace for the Xbox 360. The games were developed using Microsoft XNA, and developed by one or more independent developers that are registered with App Hub. Unlike Xbox Live Arcade titles, these were generally only tested within the local creator community, had much lower costs of production, and generally were less expensive to purchase. The service was released to widespread use alongside the New Xbox Experience, and as of November 2014, over 3,300 games have been released on the service, many receiving media attention. All Indie Games currently require the user to be logged into their Xbox Live account to initiate the start-up of each game. Indie Games were not available in Australia, due to the requirement for all games to be rated by the Australian Classification Board, and the prohibitive expenses involved. The Xbox Live Indie Games program did not continue with the release of the Xbox One, and the marketplace for these games was shuttered in October 7, 2017. 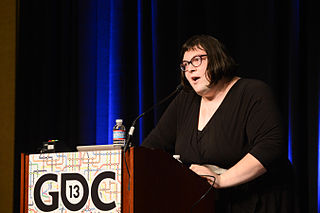 Anna Anthropy is an American video game designer, role-playing game designer, and interactive fiction author whose works include Mighty Jill Off and Dys4ia. She is the game designer in residence at the DePaul University College of Computing and Digital Media.

Playdead ApS is a Danish independent video game developer based in Copenhagen. Game designers Arnt Jensen and Dino Patti created the company in 2006 to develop Limbo, which was released in 2010 to critical acclaim. After a year of Xbox 360 exclusivity, Playdead released ports of the game to PlayStation 3, Microsoft Windows, macOS, iOS and Android.

Mojang Studios is a Swedish video game developer based in Stockholm. It was founded by the independent video game designer Markus Persson in 2009 as Mojang Specifications for the development and release of Persson's sandbox and survival video game Minecraft. The studio inherited its name from a previous video game venture Perrson had left two years prior. Following the game's release, Persson, in conjunction with Jakob Porsér, incorporated the business as Mojang AB in late 2010 and hired Carl Manneh as the company's chief executive officer. Other early hires included Daniel Kaplan and Jens Bergensten.

Ludum Dare is a game jam competition. It was founded by Geoff Howland and was first held in April 2002. It is currently run by Mike Kasprzak, who has been part of the team since the beginning. Participants are required to create a video game that fits within a given theme in two or three days. Participants often release a time-lapse video of the development of their game.

Nordic Game Jam is an annual game jam that takes place in Copenhagen, created in 2006 by Gorm Lai and the Danish chapter of the International Game Developers Association in collaboration with Jesper Juul and Henriette Moos. It is one of the biggest videogame-related events in Denmark and one of the largest game jams in the world, with 900 participants as of 2016. Participants are given a theme or series of restrictions at the beginning of the event and are then given around 40 hours to make a game around those. In 2009 it served as the flagship game jam and inspiration for Global Game Jam. The 2013 edition of Nordic Game Jam was for the first time held at Aalborg University – Copenhagen.

Early access, also known as early funding, alpha access, alpha founding, or paid alpha, is a funding model in the video game industry by which consumers can purchase and play a game in the various pre-release development cycles, such as pre-alpha, alpha, and/or beta, while the developer is able to use those funds to continue further development on the game. Those that pay to participate typically help to debug the game, provide feedback and suggestions, and may have access to special materials in the game. The early-access approach is a common way to obtain funding for indie games, and may also be used along with other funding mechanisms, including crowdfunding. Many crowdfunding projects promise to offer access to alpha and/or beta versions of the game as development progresses; however, unlike some of these projects which solicit funds but do not yet have a playable game, all early access games offer an immediately playable version of the unfinished game to players.

Game Jolt is a social community platform for video games, gamers and content creators, hosting fan-run communities for over 200,000 games. The platform is home to hundreds of thousands of creators and gamers from all corners of the world - ranging from novice gamers and indie developers, to high-profile influencers and some of the most reputable studios in the industry. Game Jolt was founded by Yaprak and David DeCarmine.

The Seumas McNally Grand Prize is the main award given at the Independent Games Festival, an annual event that takes place during the Game Developers Conference, one of the largest gatherings of the indie video game industry. The award is named after computer game programmer Seumas McNally (1979–2000), founder of independent game development company Longbow Digital Arts. McNally died of Hodgkin's lymphoma shortly after receiving the award in 2000 for his game Tread Marks. The award is given alongside a prize of US$30,000.

The high-profile and protracted five-year development of the video game Fez led to its status as an "underdog darling of the indie game scene". The 2012 puzzle-platform game built around rotating between four 2D views of a 3D space was developed by indie developer Polytron Corporation and published by Polytron, Trapdoor, and Microsoft Studios. Over the course of the game's development, Fez designer and Polytron founder Phil Fish received celebrity status for his outspoken public persona and prominence in the 2012 documentary Indie Game: The Movie, which followed the game's final stages of development and Polytron's related legal issues. The game was released to critical acclaim as an Xbox Live Arcade timed exclusive, and was later ported to other platforms. It had sold one million copies by the end of 2013.

Wraith Games, originally known as Mind's Eye Games, is a video game developer based in Hamilton, Ohio. Founded in March 2005 by Jay Kidd, the company is known for creating the puzzle game Collapsus.

Game Maker's Toolkit (GMTK) is a video game analysis series created and presented by Mark Brown, a British video game journalist. The show examines and explains various aspects of video game design and is supposed to help viewers consider the design of games that they play and to encourage developers to improve their craft. There are also more focused stems of the series, discussing issues of accessibility in video games or level design. The first GMTK video was published in 2014. The series is hosted on a YouTube channel of the same name and it is funded by viewers via Patreon.

Voodoo SAS is a French video game developer and publisher based in Paris. The company was founded in 2013 by Alexandre Yazdi and Laurent Ritter. Voodoo's games, predominantly free-to-play "hyper-casual games", have been collectively downloaded 3.7 billion times as of August 2020. The company has been criticised for cloning other games.