listen )) is a ridge in Germany's Central Uplands which is up to 439 m high. [1] It lies about 40 km southwest of Hanover and, at 22 kilometres, is the longest line of crags in North Germany.

The Ith is immediately northwest of the Hils ridge in the Leine Uplands. It runs in a northwest-southeast direction from Coppenbrügge in the north to Holzen in the south. The highest elevation on this forested knife-edge ridge is the Lauensteiner Kopf at 439 m above NN which has an observation tower, the Ithturm, and is located in the northern half of the Ith, the so-called Krüllbrink, between the villages of Bisperode and Lauenstein.

The streams on the Ith flow west via the Ilse, Remte and Lenne into the Weser or east via the Saale into the Leine.

The Ith is crossed by two roads: in the north by the L 425 between Haus Harderode and Lauenstein over the Lauenstein Pass, and in the south by the B 240 between Lüerdissen and Capellenhagen over the Holzener Pass.

The highest hill on the densely forested Ith is the Lauensteiner Kopf at 439 m above NN. It is located in the Krüllbrink, the name of the northern part of the Ith and has an observation tower, the Ith Tower.

This hill, together with other summits, crags and foothills of the Ith are given below in order of their height in metres (m) above Normalnull  (NN unless stated otherwise [1] ):

The Ith is a popular destination especially for hikers, climbers and glider pilots. The ridgeway draws many walkers especially in the springtime, when trees and flowers are blossoming, [3] due to the distinctive stands of Wood Anemone and Bulbous Corydalis. [4] There are several well-signed footpaths on the Ith heights. The section from Bisperode to Holzen of European walking route E11 runs along the crest of the Ith.

There are a large number of striking rock formations (Klippen) along the Ith ridge, some of which may be used for climbing. These include the Lüerdissener Klippen that are up to 30 m high. As a result, the Ith is the busiest climbing area in the state of Lower Saxony. [5] Almost all the rocks are named; examples include the Adam und Eva, the Kamel, the Teufelsküche ("Devil's Kitchen"), the Mönchstein ("Monk's Rock"), the Krötenkopf ("Frog's Head"), and the Garwindelstein.

At the southern end of the ridge, north of the parish of Holzen – reached over the Holzen Pass (B 240) – lies below the 395 m high Rothenstein the Ithwiesen Glider Airfield used by the aviation sports club of Ithwiesen. [6] There has been an airfield on the crest of the Ith since the early 1930s. In 1942 the Nazi leadership established the Ith Reichs Glider School in Holzen-Ith. Many pilots received their basic flying training there until the end of the war. After the war ended British occupation forces used the terrain as a "Rest Centre", a type of recreation centre. [7] In 1949 the AHQ Gliding Club, to which up to 30 active pilots in the RAF belonged, took over training on the site. In 1971 the first community service school in Germany was established here, the Zivildienstschule I. The present glider airfield is located somewhat south east of the original one and no longer uses the old buildings. On 8 June 1979 a Bundeswehr helicopter of the Alouette II type crashed on landing on the Ith airfield. The pilot from the 12th Army Aviation Squadron (Heeresfliegerstaffel 12) and two accompanying soldiers of the 352nd Panzergrenadier Battalion (Panzergrenadierbataillon 352) were killed. Since 8 June 1987 there has been a monument on the Ith in their memory.

On the Ith, but not at the top, there are two other glider airfields: Hellenhagen Airfield in Halle-Bremke and Ith-West Airfield in Bisperode.

View of the Ith ridge from the southwest at Oelkassen on the Vogler looking towards Dielmissen (left), Lüerdissen (centre) and Scharfoldendorf (right); in the background is part of the Hils 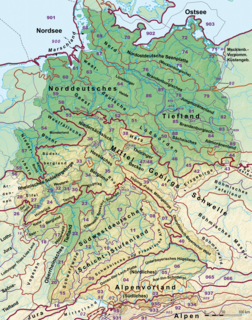 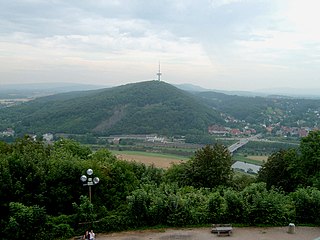 The Weser Hills (Wesergebirge), also known in German as the Weserkette, form a low hill chain, up to 326.1 m above sea level (NN), in the Weser Uplands in the German states of North Rhine-Westphalia and Lower Saxony. 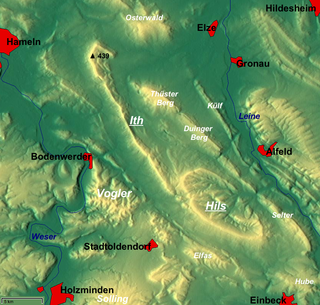 The Hils is a range of hills in Germany's Central Uplands that is up to 480.4 m high. It is located in the districts of Holzminden, Hildesheim and Northeim, in the state of Lower Saxony.

The Nesselberg is a ridge up to 378.2 m above sea level (NN) high in the Calenberg Highland which, together with the Kleiner Deister and the Osterwald, forms a group of three contiguous hill regions in the northwestern part of the Leine Uplands. It lies between Altenhagen I and Coppenbrügge in Lower Saxony, Germany.

The Leine Uplands is a region in Germany's Central Uplands which forms a part of the Lower Saxon Hills and lies along the River Leine between Göttingen and Hanover. It borders on the Weser Uplands in the west, the Innerste Uplands in the northeast, the Harz in the east and Untereichsfeld in the southeast.

The Ahlsburg is a range of bunter sandstone hills, relatively small in area and up to 411.4 m above sea level (NN), in the southern part of Lower Saxony, Germany. It lies within the Solling foreland and is part of the Weser-Leine Uplands.

The Elfas is a range of hills up to 409.6 m above sea level (NN) in the districts of Holzminden and Northeim in Lower Saxony (Germany). Its name is derived from the Lower Saxon word Fast, which means an area of upland that descends on two sides. 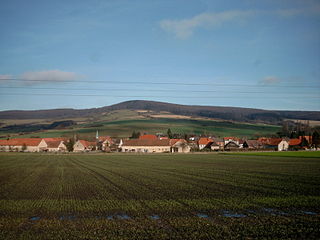 The Thüster Berg is a ridge, up to 441 m above NN, in the Lower Saxon Hills in central Germany. It is situated in the districts of Hameln-Pyrmont and Hildesheim in the federal state of Lower Saxony.

The Waldeck Plateau is a natural 'upper main unit' in the German state of Hesse between the rivers Eder and Diemel, the East Sauerland Hills in the west and the East Waldeck Basin in the east.

The Salzgitter Hills is an area of upland up to 322.9 metres (1,059 ft) in height, in the Lower Saxon Hills between Salzgitter and Goslar in the districts of Wolfenbüttel and Goslar and in the territory of the independent town of Salzgitter. The hills lie in the German federal state of Lower Saxony. 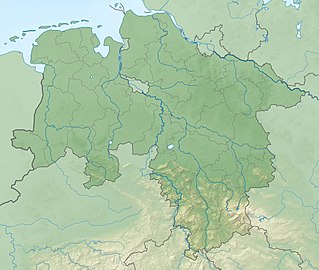 The Osterwald is a ridge in the Calenberg Uplands and together with the Nesselberg and the Kleiner Deister forms a unified group of three adjacent ranges in the Leine Uplands. It lies between Coppenbrügge, Eldagsen and Elze in the North German state of Lower Saxony.

The Selter is a ridge, up to 395 m above NN, in the Lower Saxon Hills in the districts of Hildesheim, Holzminden and Northeim in the German state of Lower Saxony.

The Hube is a ridge, up to 346.2 m above sea level (NN), in the Leine Uplands and district of Northeim, in the German state of Lower Saxony.

The Duinger Berg is a hill range, up to 331 m above NN, in the Lower Saxon Hills and the district of Landkreis in the German state of Lower Saxony. 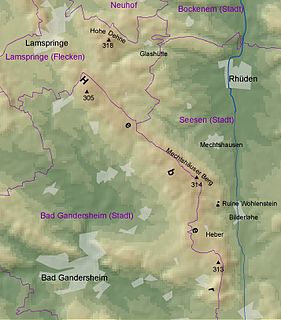 The Heber is a hogback ridge, relatively small in area and up to 313.5 metres high, in the Lower Saxon Hills within the districts of Goslar, Northeim and Hildesheim in the German state of Lower Saxony.

The Steinberg is a small hill ridge, up to 300.3 m above NN, in the Lower Saxon Hills in the districts of Holzminden and Hildesheim in the German state of Lower Saxony.

The Külf is a ridge, up to 260 m above NN, in the Leine Uplands in the district of Hildesheim in the German state of Lower Saxony.

Lauenstein Castle is a former hill castle that is now in ruins. It lies above the Salzhemmendorf village of Lauenstein in the German state of Lower Saxony. The castle was built in the 13th century by the barons of Homburg. From the 16th century it became militarily insignificant and was demolished in the 19th century due to its increasing state of dilapidation.

The classification of natural regions of Saxony shown here was produced between 1994 and 2001 by a working group called "Ecosystem and Regional Character" at the Saxonian Academy of Sciences in Leipzig as part of the research and development project "Natural Regions and Natural Region Potential of the Free State of Saxony" at a scale of 1:50,000 as the basis for the rural development and regional planning. This was also supported by the Saxon State Ministry of the Environment and Agriculture and the Saxon Ministry of the Interior.

The Leininger Sporn is a highly prominent ridge in the northeast of the Palatinate Forest in western Germany, mainly composed of the rock formations of the Middle and Upper Bunter. It forms the western edge of Upper Rhine Plain between Grünstadt in the north and Leistadt, a village in the county of Bad Durkheim, in the southeast. In the natural region system of the German Central Uplands it is considered one of the four sub-units of the Middle Palatinate Forest.