Iuwelot or Iuwlot was a High Priest of Amun at Thebes and military commander during the reign of pharaohs Osorkon I (reigned 922–887 BC) and Takelot I (reigned 885–872 BC) of the 22nd Dynasty.

As a son of Osorkon I, Iuwelot was brother of his predecessor Shoshenq C, of his successor Smendes III and of his contemporary king Takelot I.

His earliest mention is on the so-called Stèle de l'apanage, from which is known that Iuwelot was a youth in Year 10 of Osorkon I. His name appears later as High Priest of Amun on a Nile Level Text at Karnak (no. 16), dating to a Year 5 of an unknown pharaoh. Scottish Egyptologist Kenneth Kitchen argued that this king could not be Osorkon I, since it would implied that Iuwelot was already High Priest and Army commander of the South very early in his life; Kitchen thought it was much more likely that the unnamed pharaoh was Takelot I, and thus that Iuwelot must have been around 40 years old when he was appointed with such titles. [3] On the Stèle de l'apanage is reported that the northern limit of his jurisdiction as a military commander was the province of Asyut. [4]

Iuwelot's name appears also on other two Nile Level Texts (no. 20 and 21), but the name and regnal year of the king in question was deliberately omitted, although he could only have been Takelot I again. [4] This practice, which was continued by Iuwelot's brother and successor Smendes III, might suggest a sort of dispute in Upper Egypt in the succession following the death of Osorkon I, due to which the two priests may not have had the chance to take sides in favor of their brother. [5]

He was succeeded by Smendes III around the mid-reign of Takelot. [6]

In addition to his aforementioned brothers, other Iuwelot's relatives are known. On his Theban funerary stele (British Museum 1224 [1] ), he is depicted together with his wife Tadenitenbast, here called "sister", both worshipping Ra-Horakhty. His son Wasakawasa is known by an electrum pectoral dedicated to Thoth, Lord of Hermopolis (Petrie Museum UC13124 [7] ), although he will never become High Priest like the father. [8] A daughter, Djed-ese-es-ankh, is also known [9] while another son, Khamweset, is mentioned on the Stèle de l'apanage as the beneficiary of his father's Theban possessions. [4]

Menkheperre, son of Pharaoh Pinedjem I by wife Duathathor-Henuttawy, was the High Priest of Amun at Thebes in Ancient Egypt from 1045 BC to 992 BC and de facto ruler of the south of the country. 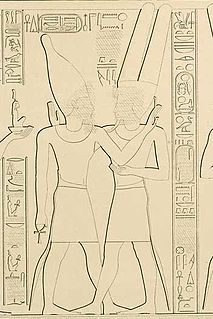 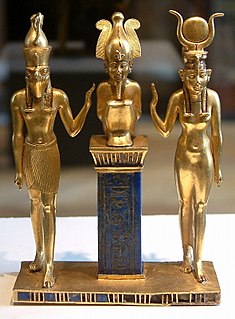 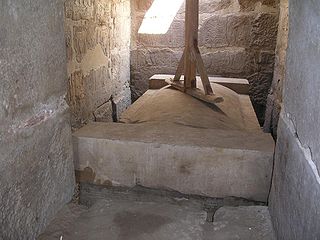 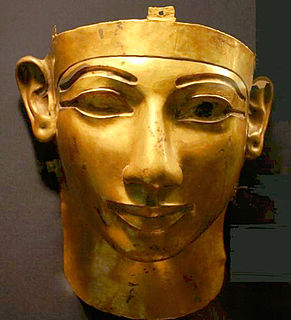 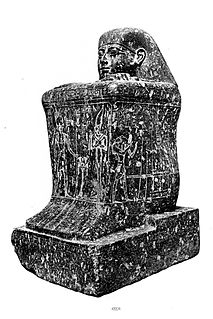 Usermaatre Amenemope was an ancient Egyptian pharaoh of the 21st Dynasty. 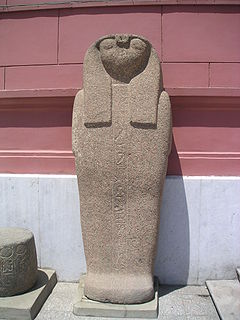 King Hedjkheperre Setepenamun Harsiese or Harsiese A, is viewed by the Egyptologist Kenneth Kitchen in his Third Intermediate Period in Egypt to be both a High Priest of Amun and the son of the High Priest of Amun, Shoshenq C. The archaeological evidence does suggest that he was indeed Shoshenq C's son. However, recent published studies by the German Egyptologist Karl Jansen-Winkeln in JEA 81 (1995) have demonstrated that all the monuments of the first (king) Harsiese show that he was never a High Priest of Amun in his own right. Rather both Harsiese A and his son [...du] —whose existence is known from inscriptions on the latter's funerary objects at Coptos —are only attested as Ordinary Priests of Amun. Instead, while Harsiese A was certainly an independent king at Thebes during the first decade of Osorkon II's kingship, he was a different person from a second person who was also called Harsiese: Harsiese B. Harsiese B was the genuine High Priest of Amun who is attested in office late in Osorkon II's reign, in the regnal year 6 of Shoshenq III and in regnal years 18 and 19 of Pedubast I, according to Jansen-Winkeln. 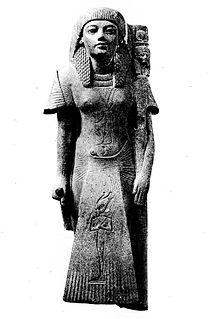 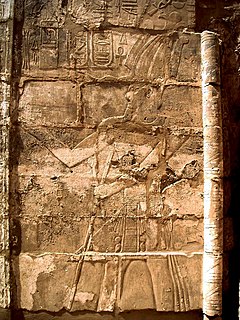 Usimare Setepenamun Takelot III Si-Ese was Osorkon III's eldest son and successor. Takelot III ruled the first five years of his reign in a coregency with his father, according to the evidence from Nile Quay Text No.14, and succeeded his father as king the following year. He served previously as the High Priest of Amun at Thebes. He was previously thought to have ruled Egypt for only 7 years until his 13th Year was found on a stela from Ahmeida in the Dakhla Oasis in 2005. 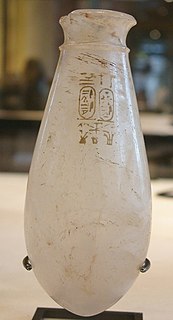 Rudamun was the final pharaoh of the Twenty-third dynasty of Ancient Egypt. His titulary simply reads as Usermaatre Setepenamun, Rudamun Meryamun, and excludes the Si-Ese or Netjer-Heqawaset epithets employed by his father and brother.

Nimlot C was a High Priest of Amun at Thebes during the reign of pharaoh Osorkon II of the 22nd Dynasty.

Karomama II was an ancient Egyptian queen, Great Royal Wife of pharaoh Takelot II of the 23rd Dynasty of Egypt. 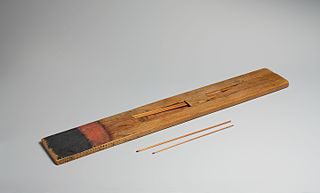 Smendes III was a High Priest of Amun at Thebes during the reign of pharaoh Takelot I of the 22nd Dynasty.

Henuttawy or Henettawy, was an ancient Egyptian princess and priestess during the 21st Dynasty.