Ivan Ilyich Zakharov (Russian : Иван Ильич Захаров; 1816 - 1885) was a Russian diplomat who worked in the Peking Orthodox Mission between 1839 and 1850. As the first Russian consul in China he prepared the Treaty of Kulja (1851) and helped delineate the Russo-Chinese borders in 1864.

Zakharov ended his career as Professor of Manchu Philology at the St. Petersburg Imperial University. Most of his works have never been published. His Russian-Manchu wordbook of 1875 became one of the first Manchu dictionaries available in Europe at the time of its publication.

Zakharov's outline of Manchu grammar appeared in 1879 and was reprinted 100 years later by Global Oriental [1] as "an important book that is so rare as to be virtually unobtainable". [2] 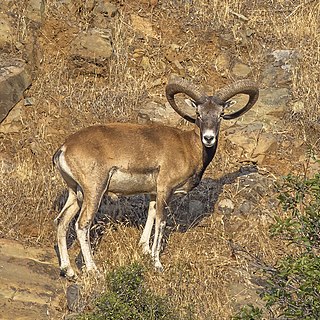 The mouflon is a wild sheep native to the Caspian region from eastern Turkey, Armenia, Azerbaijan, and Iran. It is thought to be the ancestor of all modern domestic sheep breeds.

The Early Cyrillic alphabet, also called classical Cyrillic or paleo-Cyrillic, is a writing system that was developed in the First Bulgarian Empire during the late 9th century on the basis of the Greek alphabet for the Slavic people living near the Byzantine Empire in South East and Central Europe. It was used by Slavic peoples in South East, Central and Eastern Europe. 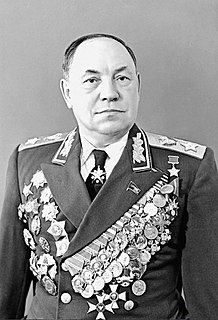 The Treaty of Kulja was an unequal treaty between Qing China and the Russian Empire, signed in 1851, opening Kulja and Chuguchak to Sino-Russian trade. Prepared by the first Russian consul to China, Ivan Zakharov, the treaty was preceded by a gradual Russian advance throughout the nineteenth century into Kazakhstan in direct competition with British efforts to impose self-advantageous trade terms on China. 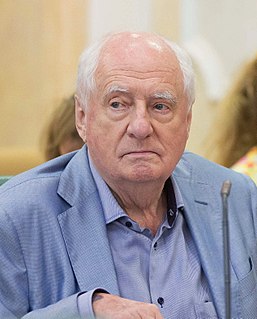 Vladimir Evgen'evich Zakharov is a Soviet and Russian mathematician and physicist. He is currently Regents' Professor of mathematics at The University of Arizona, director of the Mathematical Physics Sector at the Lebedev Physical Institute, and is on the committee of the Stefanos Pnevmatikos International Award. Zakharov's research interests cover physical aspects of nonlinear wave theory in plasmas, hydrodynamics, oceanology, geophysics, solid state physics, optics, and general relativity. 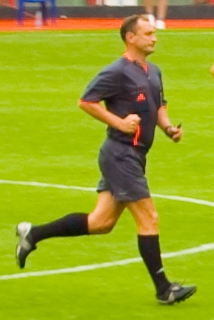 Sergei Yefimovich Zakharov was a Russian Soviet painter, watercolorist, graphic artist, and interior designer, who lived and worked in Leningrad. He was a member of the Leningrad Union of Artists, and regarded as one of the brightest representatives of the Leningrad school of painting and graphics, most famous for his watercolors of fruits and flowers.

Ivan Manayenko was a Soviet fencer. He competed in the individual and team sabre events at the 1952 Summer Olympics.

Zakharov is a rural locality and the administrative center of Zakharovskoye Rural Settlement, Kletsky District, Volgograd Oblast, Russia. The population was 623 as of 2010. There are 12 streets.

Zakharov is a rural locality and the administrative center of Zakharovskoye Rural Settlement, Kotelnikovsky District, Volgograd Oblast, Russia. The population was 489 as of 2010. There are 14 streets.

Zakharov is a rural locality and the administrative center of Zakharovskoye Rural Settlement, Chernyshkovsky District, Volgograd Oblast, Russia. The population was 518 as of 2010. There are 20 streets.

This article incorporates text from a publication now in the public domain :  Brockhaus and Efron Encyclopedic Dictionary (in Russian). 1906.{{cite encyclopedia}}: Missing or empty |title= (help)