Ivanna Klympush-Tsintsadze (Ukrainian :ІваннаКлимпуш-Цинцадзе;born 5 July 1972) is a Ukrainian politician and journalist,and former Vice-Prime-Minister for European and Euro-Atlantic Integration of Ukraine.

1994 –graduated from the National Pedagogical Dragomanov University,a speciality –defectology and speech therapy. Has received diploma of the specialist (with honors).

1993–1994 –studied at the State University of Montana (USA),speciality –international relations and international law.

1998 –received a master's degree in International Relations (with honors).

2002–2007 –Correspondent in the Ukrainian BBC Radio Service (BBC) in US (Washington) and in the Caucasus (Tbilisi);

2007–2009 –Deputy Director for Programs of the International Charitable Organization 'Fund for Support of International Cooperation of Ukraine' ('Open Ukraine Foundation');

In 1994–99 Ivanna Klympush worked for the Ukrainian Independent Center of Political Research,while attending the Institute of International Relations in University of Kyiv which she graduated in 1998.

board member of the Public Organization 'Ukrainian Media Center' ('Ukrainian Crisis Media Center');Alumni of 'Aspen-Ukraine' Association;Member of supervisory boards of the NGO 'Institute for Economic Research and Policy Consulting' and NGO 'Ukrainian Institute of Public Policy'.

Co-author of the book 'The Black Sea Region:Cooperation and Security'.

During the elections to the Verkhovna Rada of the VIII convocation (2014) she passed to the Parliament from the party Petro Poroshenko Bloc 'The Solidarity' under the number 61. She was MP from 27 November 2014 to 14 April 2016.

In the July 2019 Ukrainian parliamentary election Klympush-Tsintsadze was placed tenth on the party list of European Solidarity. [1] She was elected to parliament. [2]

On 14 April 2016,Ukrainian Parliament appointed a new Cabinet of Ministers of Ukraine,where Ivanna Klympush-Tsintsadze got the position of Vice Prime Minister for European and Euro-Atlantic Integration.

24 November 2016 Ivanna Klympush-Tsintsadze and Johannes Hahn (European Commissioner for Neighbourhood and Enlargement Negotiations) signed the agreement on financing the EUACI. [3]

Victor Mykhailovych Pinchuk is a Ukrainian businessman and oligarch. As of January 2016,Forbes ranked him as 1,250th on the list of wealthiest people in the world,with a fortune of US$1.44 billion.

Borys Ivanovych Tarasyuk is a Ukrainian politician who twice served as the Minister for Foreign Affairs of Ukraine and a former MP who is since December 2019 Ukraine's permanent representative to the Council of Europe.

Founded in 1955,the NATO Parliamentary Assembly serves as the consultative interparliamentary organisation for the North Atlantic Alliance. Its current President is Gerald E. Connolly from the United States,elected in 2019. Its current Secretary General is Ruxandra Popa;she has been in this position since January 2020.

Diplomatic relations between Australia and Ukraine were established in 1992. Ukraine has had an embassy in Canberra since March 2003 and the Australian Embassy in Kyiv was established in December 2014. 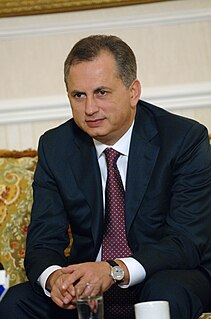 Borys Viktorovych Kolesnikov is the leader of the political party Ukraine is Our Home. He is the former secretary of the Party of Regions' presidium,former people's deputy in Verkhovna Rada and head of the Verkhovna Rada Committee on Transport and Communications,and former deputy prime minister of Ukraine and former Minister of Infrastructure of Ukraine. He is the owner and president of the HC Donbass ice hockey club. 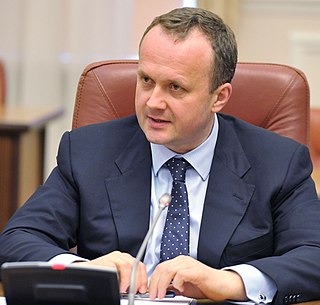 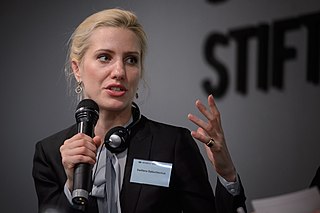 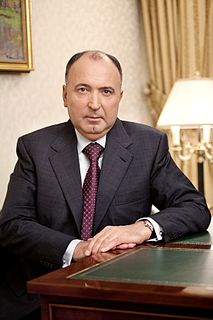 IgorFedorovych Sharov is a Ukrainian politician,a member of Parliament of Ukraine (MP) and a writer. He was a parliamentary representative of the Lytvyn Bloc in 2006-7,and a leading figure in the Labour Ukraine party. He was instrumental in obtaining compensation for many victims of Nazi persecution. He has written a number of non-fiction works.

Orest Klympush is a Ukrainian engineer,politician,diplomat. He is a son of Dmytro Klympush,the leader of Carpathian Sich formations of the Carpatho-Ukraine. 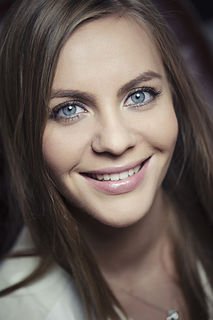 Olena Serhijivna Sotnyk is a Ukrainian lawyer and politician,former Member of the Parliament of Ukraine from Samopomich ("Self-Reliance") Party. She was the secretary of the Verkhovna Rada Committee on European integration;Sotnyk served as a Head of the Sub-committee on Approximation of Ukrainian Legislation to the EU Law. Shed co-chaired the Inter-Parliamentary Relations Unit with Belgium. She was Сhairman of the Committee on Legal Affairs and Human Rights at the PACE,a member of the Bureau of Women's Parliamentarians in the Inter-Parliamentary Union and a vice-president of political group the Alliance of Liberals and Democrats for Europe in the PACE. Sotnyk was the first female to represent Ukraine in the Yale World Fellows Program. She was one of the most successful women of Ukraine in 2019 according to the "New Time" and "Legal Newspaper".

Valeriy Volodimirovich Pysarenko is a Ukrainian politician,nonpartisan,who was a People's Deputy of Ukraine of the 5th,6th,7th and 8th Convocations from 2006 until 2019. He is an Honored Lawyer of Ukraine and candidate of Juridical Sciences. In 2006 and 2007 he was elected to parliament as a candidate of Bloc Yulia Tymoshenko. Since then he has been an independent candidate.

Georgii Logvynskyi is a member of the Ukrainian Parliament in 2014–19,vice-president of the Parliamentary Assembly of the Council of Europe (2017–18),and a human rights activist. 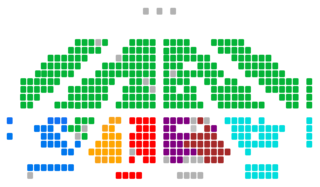 Yurii Ivanovych Zahorodnii is a Ukrainian politician,People's Deputy of Ukraine of the 9th convocation.

Lesia Volodymyrivna Vasylenko is a Ukrainian lawyer and politician serving as a People's Deputy of Ukraine in the 9th Ukrainian Verkhovna Rada. Vasylenko is a member of the Ukrainian permanent delegation to the Parliamentary Assembly of the Council of Europe and president of the Inter-Parliamentary Union's Bureau of Women Parliamentarians. She is the founder of Legal Hundred,a human rights non-governmental organization that provides assistance to servicemen and veterans.