József Rippl-Rónai (23 May 1861 – 25 November 1927) was a Hungarian painter. He first introduced modern artistic movements in the Hungarian art.

He was born in Kaposvár. After his studies at the High School there, he went to study in Budapest, where he obtained a degree in pharmacology. In 1884 he travelled to Munich to study painting at the Academy. Two years later he obtained a grant which enabled him to move to Paris and study with Munkácsy, the most important Hungarian realist painter. In 1888 he met the members of Les Nabis and under their influence he painted his first important work, The Inn at Pont-Aven, a deeply felt work notable for its dark atmosphere. His first big success was his painting My Grandmother (1894). He also painted a portrait of Hungarian pianist and composer Zdenka Ticharich (1921). [1] [2] 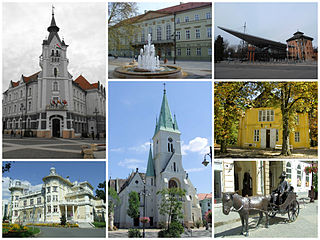 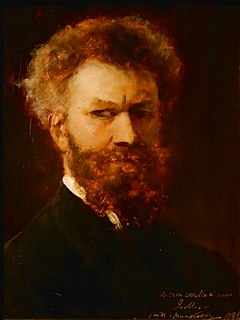 Mihály Munkácsy was a Hungarian painter. He earned international reputation with his genre pictures and large-scale biblical paintings.

Later he returned to Hungary, where critical reception was at first lukewarm, but he eventually had a very successful exhibition entitled "Rippl-Rónai Impressions 1890-1900". He believed that for an artist not only is his body of work significant, but also his general modus vivendi, even including the clothes he wore. He thus became interested in design, which led to commissions such as the dining room and the entire furnishings of the Andrássy palace, and a stained-glass window in the Ernst Museum, (both in Budapest). Between 1911 and 1913 his exhibitions in Frankfurt, Munich and Vienna were highly successful. His last major work, a portrait of his friend Zorka, was painted in 1919, and in 1927 he died at his home, the Villa Róma in Kaposvár.

The Brooklyn Museum is an art museum located in the New York City borough of Brooklyn. At 560,000 square feet (52,000 m2), the museum is New York City's third largest in physical size and holds an art collection with roughly 1.5 million works. 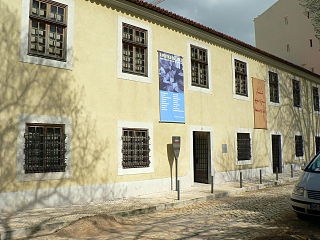 Bertalan Pór (1880–1964) was a Hungarian painter associated with the development of modernist Hungarian art. He was a member of The Eight, a movement among several Hungarian painters in the early twentieth century who represented the radical edge in Budapest. They introduced Fauvism, cubism, and expressionism to Hungarian art. 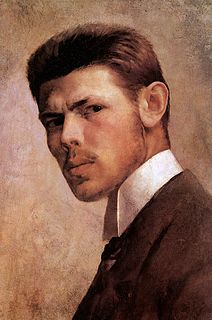 János Miklós Vaszary was a Hungarian painter and graphic artist.

Miklós Borsos was a Hungarian sculptor and medallist. His style integrated elements of archaic art and classicism with modern elements. 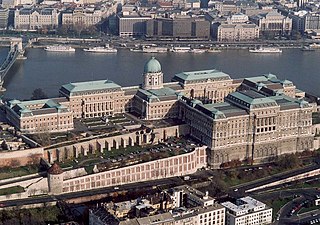 Ernő Bánk was a Hungarian painter and teacher noted for his miniature portraits. He was a member of the Association of Hungarian Watercolour and Pastel Painters. 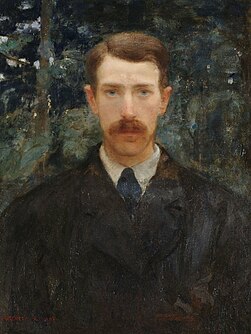 Károly Ferenczy was a Hungarian painter and leading member of the Nagybánya artists' colony.

István Réti was a Hungarian painter, professor, art historian and leading member, as well as a founder and theoretician, of the Nagybánya artists' colony, located in what is present-day Baia Mare, Romania. In addition, he served as president of the Hungarian University of Fine Arts (1927-1931) and (1932-1935).

Zdenka Ticharich was a Hungarian pianist, music educator and composer.

István Farkas was a Hungarian painter, publisher and victim of the Holocaust. 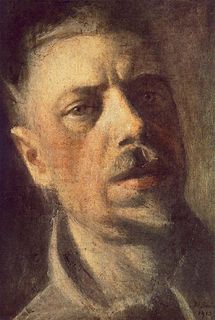 János Nagy Balogh was a Hungarian painter and graphic artist who specialized in proletarian subjects.

István Nagy was a Hungarian artist who specialized in landscapes and figure painting.