Gayne Whitman was an American radio and film actor. He appeared in more than 200 films between 1904 and 1957. In some early films he was credited under his birth name. He was born in Chicago, Illinois.

Jack Natteford was an American screenwriter. He wrote for more than 140 films between 1921 and 1967. He was born in Wahoo, Nebraska and died in Los Angeles County, California. He was married to fellow screenwriter Luci Ward. 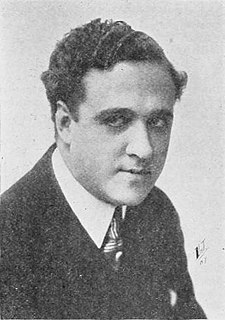 Bradley Barker was an American actor and film director of the silent era. He also created sound effects for film and radio.

James Crawford Van Trees was an American cinematographer in Hollywood whose career spanned the silent and sound eras.

Marcel Le Picard (1887–1952) was a French cinematographer known for his work on American films. He shot around two hundred films between 1916 and 1953. He did much of his prolific work for low-budget studios such as Republic Pictures, Monogram Pictures and Producers Releasing Corporation.

L. William O'Connell was an American cinematographer who worked in Hollywood between 1918 and 1950. He frequently worked with directors Howard Hawks and William K. Howard.

Lewis Allen Browne was an American screenwriter of the silent era.

James C. McKay (1894–1971) was an American film director and editor. His directorial debut was the 1916 Fox Film release The Ruling Passion shot in Jamaica under the supervision of Herbert Brenon. He directed several silent films for Tiffany Pictures in the mid-1920s. He was hired by MGM to shoot Tarzan Escapes in 1935, but the studio was dissatisfied with his efforts and he was replaced by Richard Thorpe. 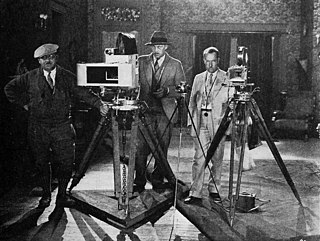 William S. Adams (1892–1930) was an American cinematographer of the silent era. He was the younger half-brother of J. Stuart Blackton, the British born film pioneer and co-founder of Vitagraph Studios. Adams worked with Blackton several times, but was also employed by other companies. He developed a reputation as a specialist in aerial photography, but his career was cut short when he died of a tropical disease at the beginning of the sound era.

Chester A. Lyons (1885–1936) was an American cinematographer. Active in the American film industry from 1917 until his death he worked on over eighty films during his career, the majority of them in the silent era. He began his career with Triangle Films and was later employed by Paramount, Fox, First National and MGM.

Arthur Reeves (1892–1954) was an American cinematographer active in the silent and early sound era. He began his career at the Chicago-based Essanay and went on to work for a variety of other studios including Metro, Universal and FBO Pictures.