John Carter Brown III (October 8, 1934 – June 17, 2002), director of the U.S. National Gallery of Art from 1969 to 1992 and a leading figure in American intellectual life. Under Brown's direction, the National Gallery became one of the leading art museums in the United States, if not the world. He was known as a champion of the arts and public access to art at a time of decreased public spending on the humanities. [1]

Brown was born in Providence, Rhode Island, on October 8, 1934, to John Nicholas Brown II and Anne Seddon Kinsolving Brown. [2] His family had been prominent since before the American Revolution. His ancestors donated the initial endowment for Brown University and served as professors, administrators, and benefactors of the school in its early years. His father, John Nicholas Brown II, served as Assistant Secretary of the Navy (AIR) under President Harry S. Truman. Brown’s parents, both involved in numerous cultural organizations, encouraged their son’s interest in art. [3] Brown was raised in his family's historic home, the Nightingale-Brown House.

As a boy, he attended the Arizona Desert School near Tucson, Arizona, before completing his secondary education at the Groton School in Massachusetts, where he graduated at the top of his class. He spent one year at the Stowe School in England before enrolling at Harvard University. He graduated summa cum laude with a major in History and Literature [4] and was president of the Harvard Glee Club. Seeking a unique entry point into the world of art and culture, Brown decided to pursue a business degree long before "arts management" existed as a common course of study. After completing his M.B.A. at Harvard Business School, he spent a year studying with Harvard-trained art historian Bernard Berenson in Florence, Italy. He then enrolled at New York University’s Institute of Fine Arts. After completing his master's degree, he decided not to complete a Ph.D. in art history. [5]

One of Brown's ambitions as director was to attract larger crowds to the nation's art museum. He was known for bringing “blockbuster” exhibitions to the museum. The National Gallery became a rival of the Metropolitan Museum of Art in New York for exhibitions and donations. During his 23 years as director of the National Gallery, he added over 20,000 works to the collection. As many museums and cultural institutions lost public funding, Brown worked with Congress to increase the Gallery's operating budget year after year. He inherited a budget of $3 million in 1969 and increased that to $52 million when he retired in 1992. During the same period, the Gallery's endowment grew from $34 million to $186 million. [6]

Through his high-profile leadership of the National Gallery, Brown became one of the leading public intellectuals in American and the champion of American art. His contacts in Washington politics and New York society aided him in his work at the museum. He also served as a trustee of the Kennedy Center for Performing Arts, a member of the Committee for the Preservation of the White House, and the chairman of the U.S. Commission of Fine Arts, [7] a review panel that oversees public art and architecture in the nation's capital. [8] In this latter position, he approved the Vietnam Veterans Memorial and an addition to the Corcoran Gallery of Art designed by Frank Gehry, which was never built. He opposed the plan to amend Washington's Height Act to allow for taller buildings, saying President Washington's "vision is unpolluted as yet by the pressures of economic greed.” He also supported the erection of the National World War II Memorial on the National Mall, though he described U. S. Marine Corps's Iwo Jima Memorial as "kitsch," comparing the monument to "a great piece of Ivory Soap carved." [5]

After leaving the National Gallery in 1992, he became chairman of Ovation, a cable television arts network that furthered his ambition to "bring the arts into people's living rooms.” He remained involved in many cultural organizations, including the Commission of Fine Arts, American Federation of Arts, the National Academy of Design, the Storm King Art Center, and the World Monuments Fund. He continued to serve also as a trustee of the John Carter Brown Library at Brown University and as chairman of the jury for the Pritzker Prize, the leading award for architecture. In 1993 he was presented with the Honor Award by the National Building Museum at a ceremony in Washington, D.C. [10]

After their divorce, Pamela remarried to George Lewis Ohrstrom. [20] In August 2000, Carter was diagnosed with multiple myeloma, a terminal blood cancer, which was treated with an autologous stem cell transplant. Brown resumed his normal life until May 2002, when he was rehospitalized. He died six weeks later. [21]

Near the end of his life, he became engaged to marry Anne Hawley of Brookline, Massachusetts, Director of the Isabella Stewart Gardner Museum. He had also begun writing a book about his life and his father’s life. [1] 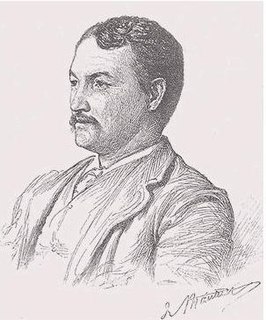 Francis Davis Millet was an American academic classical painter, sculptor, and writer who died in the sinking of the RMS Titanic on April 15, 1912.

Jim Dine is an American pop artist. He is sometimes considered to be a part of the Neo-Dada movement.

The National Portrait Gallery is a historic art museum located between 7th, 9th, F, and G Streets NW in Washington, D.C., in the United States. Founded in 1962 and opened to the public in 1968, it is part of the Smithsonian Institution. Its collections focus on images of famous Americans. The museum is housed in the historic Old Patent Office Building, as is the Smithsonian American Art Museum. The two museums are the eponym for the Gallery Place Washington Metro station, located at the corner of F and 7th Streets NW.

Eliot Furness Porter was an American photographer best known for his intimate color photographs of nature.

The Virginia Museum of Fine Arts, or VMFA, is an art museum in Richmond, Virginia, in the United States, which opened in 1936.

Mel Bochner is an American conceptual artist. Bochner received his BFA in 1962 and honorary Doctor of Fine Arts in 2005 from the School of Art at Carnegie Mellon University. He lives in New York City.

Philippe de Montebello is a museum director. He served from 1977 to 2008 as the director of the Metropolitan Museum of Art in New York. On his retirement, he was both the longest-serving director in the institution's history, and the third longest-serving director of any major art museum in the world. From January 2009, Montebello took up a post as the first Fiske Kimball Professor in the History and Culture of Museums at New York University's Institute of Fine Arts. 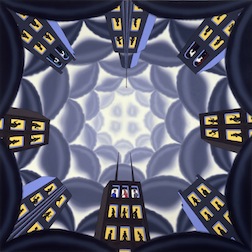 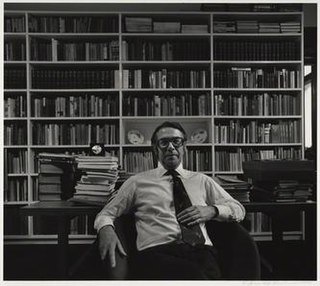 John Trevor Hayes was a British art historian and museum director. He was an authority on the paintings of Thomas Gainsborough. 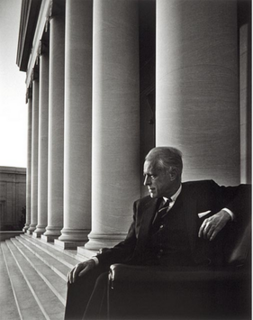 John Walker III was an American art curator, and the second director of the National Gallery of Art, from 1956 to 1969. 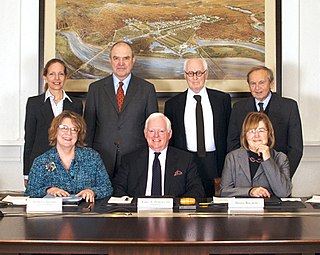 Pinkney Near was curator of the Cincinnati Museum of Art and afterward curator of the Virginia Museum of Fine Arts for thirty years. He was responsible for the VMFA's acquisition of many treasured works of art, including arranging for the museum to purchase from John Lee Pratt the Francisco Goya portrait of General Nicolas Guye and from the collection of Count Karol Lanckoroński of Vienna, Austria, a rare marble sarcophagus dating to the 2nd century B.C. The Guye portrait was long believed to be the most valuable single work of art in the VMFA's collection. The Goya portrait of General Guye is on view prominently in the posthumously created Pinkney Near Gallery at the VMFA.

Olivier Berggruen is a German-American art historian and curator, described by the Wall Street Journal as playing "a pivotal role in the art world."

Mitchell Merling is the Paul Mellon Curator of European Art at the Virginia Museum of Fine Arts, succeeding Pinkney L. Near in that position in 2005. In the Mellon Collection he oversees European art from the Middle Ages to the late 19th century, along with French, British sporting art, and American art. In addition, he is the curator of the Gans collection of English silver and oversees the acquisition of the Frank Raysor collection of around 10,000 European and American prints. He previously served as Curator of European Art at the Montreal Museum of Fine Arts.