John Thomas Marryat Hornsby (13 March 1857 –23 February 1921),generally known as J. T. Marryat Hornsby, [1] was a New Zealand politician of the Liberal Party from the Wairarapa. He was a newspaper editor and proprietor.

Hornsby was born at Hobart,Tasmania in 1857. His family moved to Nelson in 1874 and when the other family members returned to Hobart,he remained in New Zealand. [1]

He defeated Walter Clarke Buchanan (the Conservative sitting member from 1887) in 1899,but lost to him in 1902 and 1908. Buchanan was later the Reform Party candidate. [3]

Hornsby was defeated in 1919 by Alexander Donald McLeod. [4]

The Wairarapa, a geographical region of New Zealand, lies in the south-eastern corner of the North Island, east of metropolitan Wellington and south-west of the Hawke's Bay Region. It is lightly populated, having several rural service towns, with Masterton being the largest. It is named after its largest lake, Lake Wairarapa.

Masterton, a large town in the Greater Wellington Region of New Zealand, operates as the seat of the Masterton District. It is the largest town in the Wairarapa, a region separated from Wellington by the Rimutaka ranges. It stands on the Waipoua stream between the Ruamahunga and Waingawa Rivers - 100 kilometres north-east of Wellington and 39.4 kilometres south of Eketahuna.

Sir Walter Clarke Buchanan was a New Zealand politician who became a member of the Reform Party that formed in 1909. Despite never being appointed as a minister, he was an influential politician and a strong advocate for farming interests.

Masterton was a New Zealand electorate from 1887 to 1946, focused on the town of Masterton and the surrounding area. 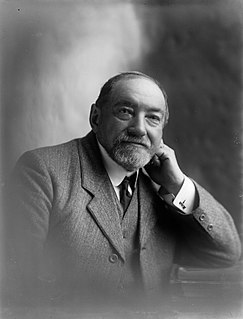 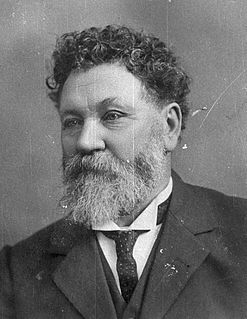 Wairarapa North is a former New Zealand parliamentary electorate, from 1881 to 1887.

Wairarapa South was a New Zealand parliamentary electorate from 1881 to 1887.

Wairarapa and Hawke's Bay is a former parliamentary electorate in the Wellington region of New Zealand, from 1853 to 1859, when it was extended into previously unincorporated territories, split in two and replaced by County of Hawke with its southern portion being the newly created Wairarapa electorate. It is the first general electorate to have been abolished in New Zealand.

Job Vile was an independent conservative Member of Parliament in New Zealand, representing the Manawatu electorate between 1902 and 1905. He served as the first chairman of Pahiatua Country Council, and the first mayor of Pahiatua.

Alfred William Renall was a 19th-century Member of Parliament in the Hutt Valley and Wairarapa, New Zealand.

Henry Bunny was a 19th-century Member of Parliament in the Wairarapa, New Zealand.