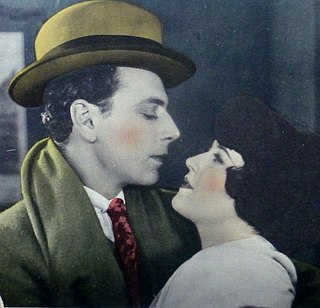 Derek Norman Twist was a British screenwriter, film editor and director. He was sometimes credited as Derek N. Twist. During the 1930s he worked at British Gaumont. 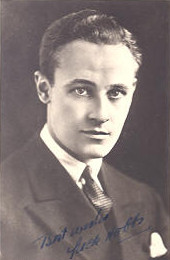 Jack Hobbs was a British stage and film actor who appeared in more than forty films. After making his debut in the 1915 silent The Yoke Hobbs appeared in a mixture of leading and supporting roles in both the silent and sound eras. He played the hero in several quota quickies of the 1930s, including All That Glitters (1936). He was cast as an effectively glib, smooth-talking antagonist in two George Formby films No Limit (1935) and It's in the Air (1938).

Jack Kitchin (1901–1983) was a British film editor and producer. Kitchin worked as editor on over thirty films, and as producer on a further five. He worked in Hollywood for much of his career before returning to Britain where he was employed by Ealing Studios. At Ealing he headed a special unit which made George Formby comedy films.