O'Hagan was born as John Francis O'Hagan, in Fitzroy, a suburb of Melbourne. He was the son of Pat O'Hagan, a hotelkeeper and Alice née Quinlan. He went to school at St Patrick's College and then later at Xavier College in Melbourne. His first job in the music business was at Allans Music in Melbourne – he played sheet music for potential customers. [2] When radio was introduced to Australia, he was one of the first to broadcast for 3LO.

In the 1940s and 1950s, O'Hagan wrote many radio commercials and campfire songs. However, the combination of the rising popularity of rock and roll and television ended his career. [4]

Despite writing songs about the town, O'Hagan first visited Gundagai in 1956 when he was guest of honour at the centenary celebrations of the town. [5]

"Waltzing Matilda" is Australia's best-known bush ballad, and has been described as the country's "unofficial national anthem".

Andrew Barton "Banjo" Paterson, was an Australian bush poet, journalist and author. He wrote many ballads and poems about Australian life, focusing particularly on the rural and outback areas, including the district around Binalong, New South Wales, where he spent much of his childhood. Paterson's more notable poems include "Clancy of the Overflow" (1889), "The Man from Snowy River" (1890) and "Waltzing Matilda" (1895), regarded widely as Australia's unofficial national anthem. 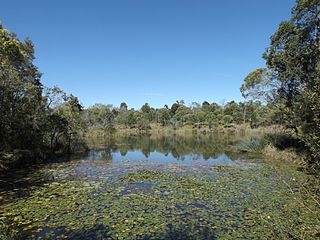 A billabong is an Australian term for an oxbow lake, an isolated pond left behind after a river changes course. Billabongs are usually formed when the path of a creek or river changes, leaving the former branch with a dead end. As a result of the arid Australian climate in which these "dead rivers" are often found, billabongs fill with water seasonally but can be dry for a greater part of the year.

Gundagai is a town in New South Wales, Australia. Although a small town, Gundagai is a popular topic for writers and has become a representative icon of a typical Australian country town. Located along the Murrumbidgee River and Muniong, Honeysuckle, Kimo, Mooney Mooney, Murrumbidgee and Tumut mountain ranges, Gundagai is 390 kilometres (240 mi) south-west of Sydney. Until 2016, Gundagai was the administrative centre of Gundagai Shire local government area. In the 2016 census the population of Gundagai was 1,925. 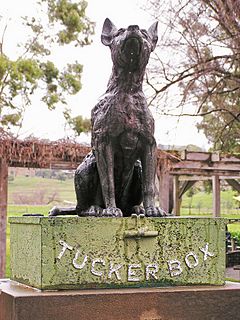 The Dog on the Tuckerbox is an Australian historical monument and tourist attraction, located at Snake Gully, approximately five miles from Gundagai, New South Wales as described in the song of the same name. 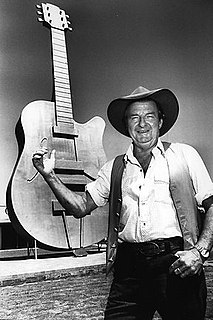 "And the Band Played Waltzing Matilda" is a song written by Scottish-born Australian singer-songwriter Eric Bogle in 1971. The song describes war as futile and gruesome, while criticising those who seek to glorify it. This is exemplified in the song by the account of a young Australian serviceman who is maimed during the Gallipoli Campaign of the First World War. The protagonist, who had travelled across rural Australia before the war, is emotionally devastated by the loss of his legs in battle. As the years pass he notes the death of other veterans, while the younger generation becomes apathetic to the veterans and their cause. At its conclusion, the song incorporates the melody and a few lines of lyrics of the 1895 song "Waltzing Matilda" by Australian poet Banjo Paterson.

"Along the Road to Gundagai" is an Australian folk song written by Jack O'Hagan in 1922 and was first recorded by Peter Dawson in 1924, O'Hagan performed his own version later that year. It is well-known among Australians, and one of a small number of pieces which are considered to be Australian folk tunes. Gundagai is a rural town of New South Wales. In May 2001 the Australasian Performing Right Association (APRA), as part of its 75th Anniversary celebrations, named "Along the Road to Gundagai" as one of its Top 30 Australian songs of all time. It was used as the theme to the Dad and Dave radio show.

"Botany Bay" is a song that can be traced back to the musical burlesque, Little Jack Sheppard, staged at the Gaiety Theatre, London, England, in 1885 and in Melbourne, Australia, in 1886. The show was written by Henry Pottinger Stephens and William Yardley, with music composed and arranged by Wilhelm Meyer Lutz. The show's programme credits "Botany Bay" as "Old Air arr. Lutz". Sheet music from Allan & Co. in Australia credits Florian Pascal, the pseudonym of Joseph Williams Jr. (1847–1923), a music publisher and composer who published the show's music. Pascal composed other numbers in the score but received no credit for "Botany Bay" in the programme.

The bush ballad, bush song or bush poem is a style of poetry and folk music that depicts the life, character and scenery of the Australian bush. The typical bush ballad employs a straightforward rhyme structure to narrate a story, often one of action and adventure, and uses language that is colourful, colloquial and idiomatically Australian. Bush ballads range in tone from humorous to melancholic, and many explore themes of Australian folklore, including bushranging, droving, droughts, floods, life on the frontier, and relations between Indigenous and non-Indigenous Australians. 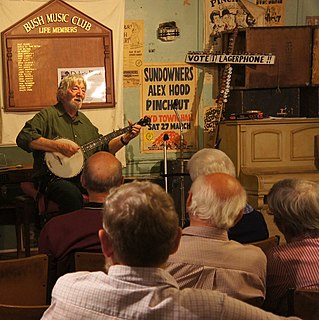 Alexander Stewart Ferguson "Alex" Hood is an Australian folk singer, writer, actor, children's entertainer/educator and folklorist. He is regarded as one of Australia's most prolific writers and entertainers. 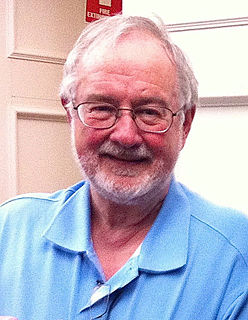 Richard Sydney DivallAO OBE was an Australian conductor and musicologist. 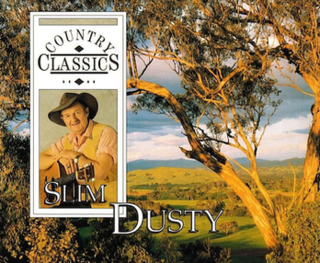 Country Classics is a 3CD greatest hits album by Australian country recording artist Slim Dusty, released through Readers Digest. The album was separated into three periods of Dusty's career; The Early Years, The Middle Years and The Later Years. In 1999, the album was certified gold.

The Best of Slim Dusty is a 6xLP greatest hits album by Australian country recording artist Slim Dusty, released through Readers Digest. The six albums had different themes, Biggest Hits, Truckin' Along, with Family, Sentimental Slim, with Joy McKean and Singalong. In 1999, the album was certified gold.