Jacksonville is an unincorporated community in the town of Adrian, Monroe County, Wisconsin, United States. [1]

Adrian is a town in Monroe County, Wisconsin, United States. The population was 682 at the 2000 Census. The unincorporated communities of Jacksonville and Scotts Junction are located in the town. 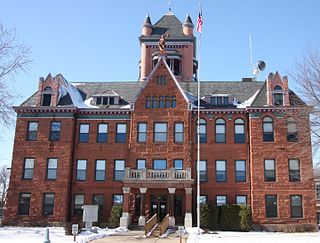 Jacksonville is the most populous city in Florida, the most populous city in the southeastern United States and the largest city by area in the contiguous United States. It is the seat of Duval County, with which the city government consolidated in 1968. Consolidation gave Jacksonville its great size and placed most of its metropolitan population within the city limits. As of 2017 Jacksonville's population was estimated to be 892,062. The Jacksonville metropolitan area has a population of 1,523,615 and is the fourth largest in Florida.

Jefferson may refer to: 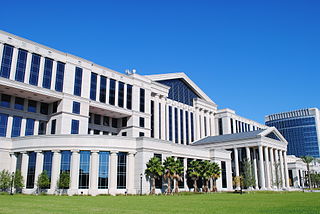 Duval County is a county in the State of Florida. As of the 2010 census, the population was 864,263, with a 2017 estimate at 937,934, the seventh most populous in Florida. Its county seat is Jacksonville, with which the Duval County government has been consolidated since 1968. Duval County was established in 1822, and is named for William Pope Duval, Governor of Florida Territory from 1822 to 1834. 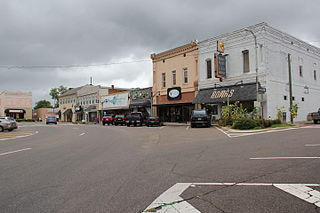 Jacksonville is a city in Calhoun County, Alabama, United States. As of the 2010 census the population was 12,548, which is a 49% increase since 2000. It is included in the Anniston-Oxford Metropolitan Statistical Area. Jacksonville State University is located here, which is a center of commerce and one of the largest employers in the area. 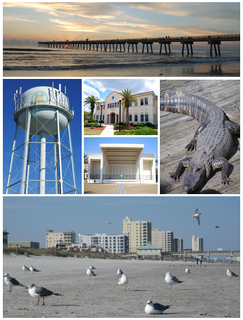 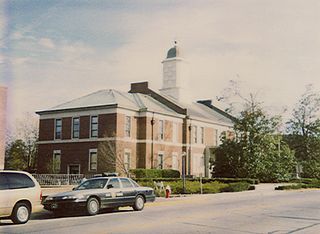 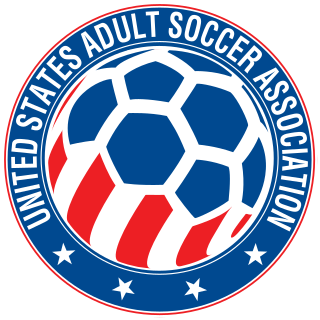 Byron Kilbourn was an American surveyor, railroad executive, and politician who was an important figure in the founding of Milwaukee, Wisconsin. 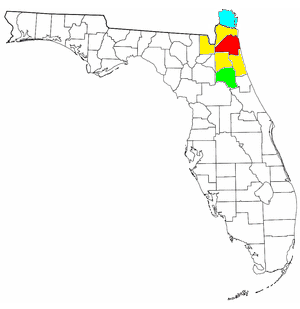 The Jacksonville State Gamecocks are the intercollegiate athletic teams of Jacksonville State University (JSU) located in Jacksonville, Alabama, United States. The Gamecocks athletic program is a member of the Ohio Valley Conference (OVC) and competes at the NCAA Division I level including the Football Championship Subdivision. The JSU mascot is Cocky the Gamecock, and the school colors are red and white. Gamecock teams have won six NCAA national championships in four sports, and, along with Wisconsin–Whitewater, is one of only two schools to win titles in baseball, basketball, and football.

Ronald H. Lingren was an American educator and politician.

Leon Jacobs is an American football linebacker for the Jacksonville Jaguars of the National Football League (NFL). He played college football at Wisconsin. The San Pedro native holds the record for most games played by a Football Bowl Subdivision player having played in 59 NCAA contests.