The son of a teacher, Amédée Hadamard, of Jewish descent, and Claire Marie Jeanne Picard, Hadamard was born in Versailles, France and attended the Lycée Charlemagne and Lycée Louis-le-Grand, where his father taught. In 1884 Hadamard entered the École Normale Supérieure, having placed first in the entrance examinations both there and at the École Polytechnique. His teachers included Tannery, Hermite, Darboux, Appell, Goursat and Picard. He obtained his doctorate in 1892 and in the same year was awarded the Grand Prix des Sciences Mathématiques for his essay on the Riemann zeta function.

In 1892 Hadamard married Louise-Anna Trénel, also of Jewish descent, with whom he had three sons and two daughters. The following year he took up a lectureship in the University of Bordeaux, where he proved his celebrated inequality on determinants, which led to the discovery of Hadamard matrices when equality holds. In 1896 he made two important contributions: he proved the prime number theorem, using complex function theory (also proved independently by Charles Jean de la Vallée-Poussin); and he was awarded the Bordin Prize of the French Academy of Sciences for his work on geodesics in the differential geometry of surfaces and dynamical systems. In the same year he was appointed Professor of Astronomy and Rational Mechanics in Bordeaux. His foundational work on geometry and symbolic dynamics continued in 1898 with the study of geodesics on surfaces of negative curvature. For his cumulative work, he was awarded the Prix Poncelet in 1898.

After the Dreyfus affair, which involved him personally because his second cousin Lucie was the wife of Dreyfus, Hadamard became politically active and a staunch supporter of Jewish causes [6] [ failed verification ] though he professed to be an atheist in his religion. [7] [8]

In 1897 he moved back to Paris, holding positions in the Sorbonne and the Collège de France, where he was appointed Professor of Mechanics in 1909. In addition to this post, he was appointed to chairs of analysis at the École Polytechnique in 1912 and at the École Centrale in 1920, succeeding Jordan and Appell. In Paris Hadamard concentrated his interests on the problems of mathematical physics, in particular partial differential equations, the calculus of variations and the foundations of functional analysis. He introduced the idea of well-posed problem and the method of descent in the theory of partial differential equations, culminating in his seminal book on the subject, based on lectures given at Yale University in 1922. Later in his life he wrote on probability theory and mathematical education.

Hadamard stayed in France at the beginning of the Second World War and escaped to southern France in 1940. The Vichy government permitted him to leave for the United States in 1941 and he obtained a visiting position at Columbia University in New York. He moved to London in 1944 and returned to France when the war ended in 1945.

Hadamard was awarded an honorary doctorate (LL.D.) by Yale University in October 1901, during celebrations for the bicentenary of the university. [10] He was awarded the CNRS Gold medal for his lifetime achievements in 1956. He died in Paris in 1963, aged ninety-seven.

In his book Psychology of Invention in the Mathematical Field, [6] Hadamard uses the results of introspection to study mathematical thought processes, [6] :2 and tries to report and interpret observations, personal or gathered from other scholars engaged in the work of invention. [6] :133 In sharp contrast to authors who identify language and cognition, he describes his own mathematical thinking as largely wordless, often accompanied by mental images that represent the entire solution to a problem. He surveyed 100 of the leading physicists of the day (approximately 1900), asking them how they did their work.

Hadamard described the process as having four steps of the five-step Graham Wallas creative process model, with the first three also having been put forth by Helmholtz: [6] :56 Preparation, Incubation, Illumination, and Verification. 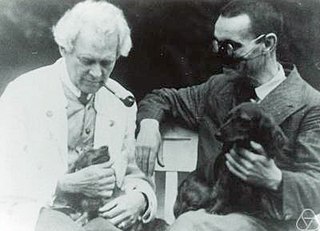 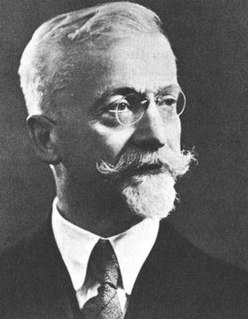 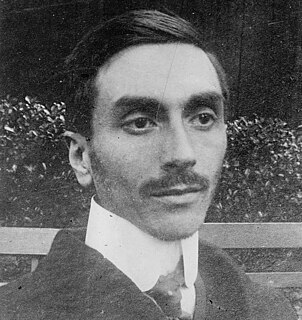 Pierre Léon Boutroux was a French mathematician and historian of science. Boutroux is chiefly known for his work in the history and philosophy of mathematics. 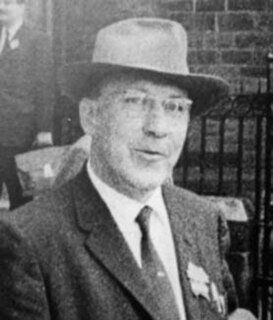 Szolem Mandelbrojt was a Polish-French mathematician who specialized in mathematical analysis. He was a Professor at the Collège de France from 1938 to 1972, where he held the Chair of Analytical Mechanics and Celestial Mechanics.

Arnaud Denjoy was a French mathematician.

Édouard Jean-Baptiste Goursat was a French mathematician, now remembered principally as an expositor for his Cours d'analyse mathématique, which appeared in the first decade of the twentieth century. It set a standard for the high-level teaching of mathematical analysis, especially complex analysis. This text was reviewed by William Fogg Osgood for the Bulletin of the American Mathematical Society. This led to its translation into English by Earle Raymond Hedrick published by Ginn and Company. Goursat also published texts on partial differential equations and hypergeometric series.

Paul Émile Appell was a French mathematician and Rector of the University of Paris. Appell polynomials and Appell's equations of motion are named after him, as is rue Paul Appell in the 14th arrondissement of Paris and the minor planet 988 Appella. 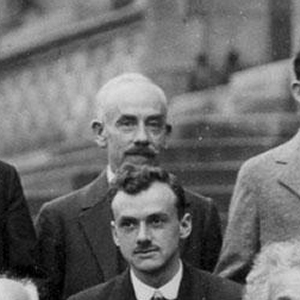 Lucien Godeaux (1887–1975) was a prolific Belgian mathematician. His total of more than 1000 papers and books, 669 of which are found in Mathematical Reviews, made him one of the most published mathematicians. He was the sole author of all but one of his papers.

Stefan Bergman was a Congress of Poland-born American mathematician whose primary work was in complex analysis. His name is also written Bergmann; he dropped the second "n" when he came to the U. S. He is best known for the kernel function he discovered while at Berlin University in 1922. This function is known today as the Bergman kernel. Bergman taught for many years at Stanford University, and served as an advisor to several students.

Pierre Humbert was a French mathematician who worked on the theory of elliptic functions and introduced Humbert polynomials. He was the son of the mathematician Georges Humbert and married the daughter of Henri Andoyer.

Georges Jean Marie Valiron was a French mathematician, notable for his contributions to analysis, in particular, the asymptotic behaviour of entire functions of finite order and Tauberian theorems.

Gabriel Xavier Paul Koenigs was a French mathematician who worked on analysis and geometry. He was elected as Secretary General of the Executive Committee of the International Mathematical Union after the first world war, and used his position to exclude countries with whom France had been at war from the mathematical congresses.

Gustave Juvet was a Swiss mathematician.

Adolphe Buhl was a French mathematician and astronomer.