Jacqueline Isobel "Jacqui" Dean (born 13 May 1957 in Palmerston North) is a New Zealand politician and the current Member of Parliament for the Waitaki electorate, where she represents the National Party.

Dean has worked in a number of roles, including professional acting. She is perhaps best known as a former host of Play School , a children's television programme, but has also acted on stage and been a radio announcer. She has also worked in the education sector.

Early in Dean's political career, she served on the Waitaki District Council, representing the Oamaru ward. She also unsuccessfully contested the mayoralty.

In the 2005 election, she was the National Party's successful candidate for the Otago seat, a traditional National stronghold which had unexpectedly been taken by the Labour Party's David Parker. For this election, Dean campaigned on water issues, saying in her maiden speech to parliament that she believed water to be the "single most important issue facing New Zealand today". [1] She was returned to Parliament in 2008 and 2011 for the geographically similar Waitaki electorate. [2] [3] Dean was confirmed as Waitaki's representative in the 2014 election. [4]

Jacqui Dean has been vocal on drug-related issues in New Zealand although she has no official role in this capacity. [5]

Jacqui Dean campaigned for the banning of the sale of "party pills", namely Benzylpiperazine (BZP), over which Associate Health Minister Jim Anderton (Progressive party) has accused her of indulging in political grandstanding, saying – "Perhaps Mrs Dean doesn't subscribe to the idea that any Government must balance the need to act promptly with its responsibilities to act fairly and follow due process, particularly where its actions affect those who are currently acting within existing legal constraints." [6] Dean's press releases refer to BZP as either "cattle drench" or a "worming agent". [7] [8] BZP was developed for this use, but has never been commercially used as a wormer or drench. [9] Evidence that Dean has used to promote the BZP ban (such as the MRINZ report on BZP) has been criticized as consisting of flawed research which does not meet peer review requirements. [10]

In November 2007 Jacqui Dean called for the government to take action against Salvia divinorum , saying – "Salvia divinorum is a hallucinogenic drug, which has been banned in Australia, and yet here in New Zealand it continues to be sold freely." and "We’re dealing with a dangerous drug here, with the minister's wait and see approach like playing Russian Roulette with young people's lives." [11] In March 2008 she was reportedly pleased on hearing about plans for action against salvia, but saying she was not hopeful it would be fast, given that it had taken the Government two and a-half years to move on BZP. Her concern about salvia was that people were self-medicating with it and combining it with other drugs including alcohol. "I don’t think we understand the long-term effects of Salvia divinorum." she said. [12]

Opponents of prohibitive Salvia restrictions argue that such reactions are largely due to an inherent prejudice and a particular cultural bias rather than any actual balance of evidence, pointing out inconsistencies in attitudes toward other more toxic and addictive drugs such as alcohol and nicotine. [i] [13] While not objecting to some form of regulatory legal control, in particular with regard to the sale to minors or sale of enhanced high-strength extracts, most Salvia proponents otherwise argue against stricter legislation. [ii] [14]

When questioned by Māori Party MP Tariana Turia, on why she was unwilling to take the same prohibitory line on smoking cigarettes and drinking alcohol as she took on BZP, Ms Dean said – "Alcohol and tobacco have been with our society for many, many years." [15] It is estimated that alcohol-related conditions account for 3.1% of all male deaths and 1.41% of all female deaths in New Zealand. [16]

In August 2007, as a result of emails from ACT on Campus members based loosely around the well-known dihydrogen monoxide hoax, she sent a letter to Associate Health Minister Jim Anderton, asking if there were any plans to ban "dihydrogen monoxide", apparently not realizing that this is water. [18] [19]

In September 2007, the Social Tonics Association of New Zealand (STANZ) called for Jacqui Dean to step down from speaking on drug issues after she demonstrated — "a lack of credibility in calling for the ban of dihydrogen monoxide (water)". STANZ Chairman Matt Bowden said — "The DHMO hoax played on the member this week is not a joke, it highlights a serious issue at the heart of drug policy making. Ms Dean demonstrated a 'ban anything moderately harmful' reflex. This approach is just downright dangerous." — "Jacqui Dean has clearly demonstrated a lack of credibility in her requests to the Minister to consider banning water; She has also seriously embarrassed her National Party colleagues who can no longer have confidence in her petitions to ban BZP or anything else." [20]

When interviewed on the radio by Marcus Lush on 14 September 2007, she referred to the members of ACT on Campus as "left wingers". She also suggested that there were no lessons to be learned from her attempts to call for a ban on water. [21]

Otago is a region of New Zealand located in the southern half of the South Island administered by the Otago Regional Council. It has an area of approximately 32,000 square kilometres (12,000 sq mi), making it the country's third largest local government region. Its population was 232,300 in June 2018. 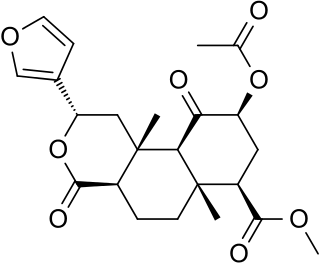 Salvinorin A is the main active psychotropic molecule in Salvia divinorum, a Mexican plant which has a long history of use as an entheogen by indigenous Mazatec shamans. Salvinorin A is considered a dissociative hallucinogen.

The dihydrogen monoxide parody involves calling water by an unfamiliar chemical name – most often "dihydrogen monoxide" (DHMO) but also "dihydrogen oxide", "hydroxyl acid" or "hydroxylic acid" – and listing some of water's well-known effects in a particularly alarming manner, such as accelerating corrosion and causing suffocation. The parody often calls for dihydrogen monoxide to be banned, regulated, or labeled as dangerous. It demonstrates how a lack of scientific literacy and an exaggerated analysis can lead to misplaced fears. 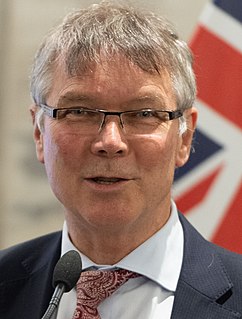 A smart shop is a retail establishment that specializes in the sale of psychoactive substances, usually including psychedelics, as well as related literature and paraphernalia. The name derives from the name "smart drugs", a class of drugs and food supplements intended to affect cognitive enhancements which are often sold in smart shops. 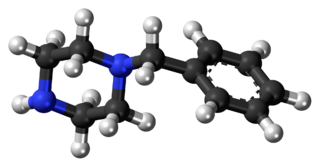 Benzylpiperazine (BZP) is a recreational drug with euphoriant and stimulant properties. The effects produced by BZP are comparable to those produced by amphetamine. Adverse effects have been reported following its use including acute psychosis, renal toxicity and seizures. No deaths have been reported following a sole ingestion of BZP, although there have been at least two deaths from the combination of BZP and MDMA. Its sale is banned in several countries, including Australia, Canada, New Zealand, the United States, the Republic of Ireland, the United Kingdom, Bulgaria, Romania and other parts of Europe. 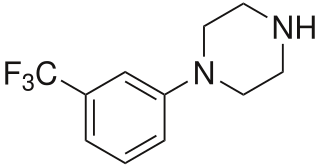 3-Trifluoromethylphenylpiperazine (TFMPP) is a recreational drug of the piperazine chemical class. Usually in combination with benzylpiperazine (BZP) and other analogues, it is sold as an alternative to the illicit drug MDMA ("Ecstasy"). 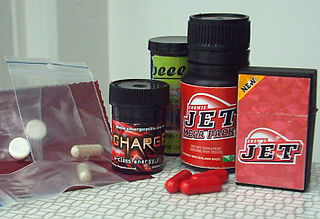 Party pills, also known as "herbal highs", "pep pills" "dance pills" and "natural power", is a colloquialism for a type of recreational drug whose main ingredient was originally benzylpiperazine (BZP), but has expanded to a wide range of compounds with a variety of effects. BZP is banned in a few countries, including the USA, Republic of Ireland, Australia and New Zealand, but is available on a more or less restricted basis in many jurisdictions. A range of other piperazine derivatives have also been sold as ingredients in party pills, and many of these branded "proprietary blends" have subsequently been sold in countries around the world.

Brett's law is a name commonly given to a Delaware statute generally prohibiting use of the psychoactive herb Salvia divinorum. The law was named after Brett Chidester, a 17 year old who committed suicide by carbon monoxide poisoning. 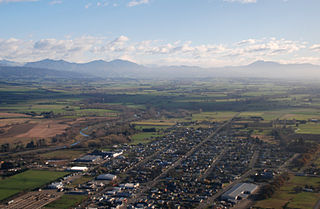 South Canterbury is the name given semi-formally to the area of the Canterbury Region of the South Island of New Zealand bounded by the Rangitata River in the north and the Waitaki River to the south. The Pacific Ocean and ridge of the Southern Alps form natural boundaries to the east and west respectively. Though the exact boundaries of the region have never been formalised, the term is used for a variety of government agencies and other entities. It is one of four traditional sub-regions of Canterbury, along with Mid-Canterbury, North Canterbury, and Christchurch city.

Dennis Reboletti is a former Republican member of the Illinois House of Representatives, representing the 46th district since 2007. He was elected State Representative on November 7, 2006, defeating Democratic candidate Joe Vosicky.

Salvia divinorum, a psychoactive plant, is legal in most countries. Exceptions, countries where there is some form of control, include Australia, Belgium, Brazil, Canada, Denmark, Estonia, Finland, Germany, Iceland, Italy, Japan, South Korea, Norway, Poland, Ukraine, Spain, Sweden, Armenia and in 33 states and territories of the United States. MBZP (1-methyl-4-benzylpiperazine) is a stimulant drug which is a derivative of benzylpiperazine. MBZP has been sold as an ingredient in legal recreational drugs known as "Party pills", initially in New Zealand and subsequently in other countries around the world.

Waitaki Boys' High School is a secondary school for boys located in the northern part of the town of Oamaru, Otago, New Zealand, with day and boarding facilities, and was founded in 1883. As of 2012, it has a school roll of just under 500.

Salvia divinorum is a plant species with transient psychoactive properties when its leaves are consumed by chewing, smoking or as a tea. The leaves contain opioid-like compounds that induce hallucinations. Because the plant has not been well-studied in high-quality clinical research, little is known about its toxicology, adverse effects, or safety over long-term consumption. Its native habitat is cloud forest in the isolated Sierra Mazateca of Oaxaca, Mexico, where it grows in shady, moist locations. The plant grows to over a meter high, has hollow square stems like others in the mint family Lamiaceae, large leaves, and occasional white flowers with violet calyxes. Botanists have not determined whether Salvia divinorum is a cultigen or a hybrid because native plants reproduce vegetatively and rarely produce viable seed.

The legal of Salvia divinorum in the United States varies, with 29 states having completely banned it and others considering proposals for banning its use.