Jad Azkoul (Arabic: جأد عزقول‎) is a teacher and concert classical guitarist who was once the student of Abel Carlevaro, and translated much of his work.

In 1997, Carlevaro declared that Azkoul was his "genuine representative", as well as being a "great master teaching alongside" him. [1]

Azkoul is renowned both as a performer and teacher; he is often invited to give masterclasses in various festivals throughout the world. [2]

Jad Azkoul was awarded the Order of the Cedar, making him a Knight of Lebanon, for his musical contributions to the country.

Joseph McLellan of the Washington Post had this to say on the subject of Jad Azkoul's guitar-playing:

“Azkoul can make his instrument sing. This is a skill far more important than the ability to whip out thousands of notes per minute accurately and expressively, which he can also do.” [3] [4]

On another occasion, McLellan was quoted as saying:

"The guitar can be many different kinds of instrument, and Azkoul is a master of all its potentials: the raw power of the amplified guitar used in rock (which is how Azkoul began as a boy in his native Lebanon), the delicacies of music composed for the lute, the fire and energy of Flamenco, the rhythmic complexities of Latin American dances and the experimental techniques of modern composers." [5]

Jad Azkoul has been teaching at the Conservatoire Populaire de Musique, Danse et Théàtre (CPMDT) in Geneva since 1984. [6]

Two notable absences were when he lived and taught in Washington DC from 1991 to 1996, and when he was in London on sabbatical leave (2010-2011). Since 2010 he has also been on the music faculty at the London College of Music. He gives regular summer master classes in France at "Musicalta" in Alsace [7] and at the "Musicales de Grillon" in Provence. [8] Claude Champagne was a Canadian composer, teacher, pianist, and violinist.

Abel Carlevaro was a classical guitar composer and teacher born in Montevideo, Uruguay. He established a new school of instrumental technique, incorporating a fresh approach to seating and playing the guitar, based on anatomical principles.

Pedro Eustache is a Venezuelan born multidirectional soloist flautist, reed player, world woodwind player, wind synthesist, researcher, composer, lecturer, and instrument maker with extensive academic studies and more than 40 years of professional experience. He has more than seven years of symphonic experience and a collection of around 600 instruments from all over the world, many of which having been designed, built and/or modified by himself. 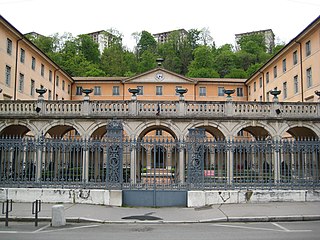 Maurice Edgard Vieux was a French violist whose teaching at the Conservatoire de Paris plays a key role in the history of the viola in France.

César Nicanor Amaro Carlevaro was a Uruguayan classical guitarist. He was well known to many guitar players and listeners.

André Amellér was a French composer and conductor. He is considered part of the French school of 20th-century classical music.

Juste-Adrien-Lenoir de La Fage was a French composer and musicologist.

Julien Tiersot, was a French musicologist, composer and a pioneer in ethnomusicology. 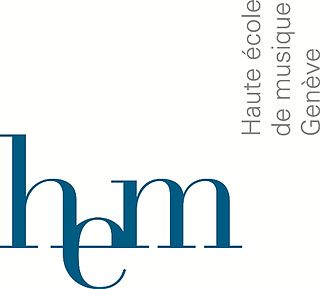 Karim Azkoul was a Lebanese diplomat and philosopher born in Rashaya, Lebanon on July 15, 1915. His most notable achievements include his participation in the original writing of the Universal Declaration of Human Rights.

Antonine Meunier was a French ballet dancer, teacher and writer.

Jean-Maurice Mourat, born 23 March 1945 in Vendée, France, is a classical music guitarist, composer and former director of musical conservatories. He writes music for guitar, as well as for flute and piano. He has written a number of transcriptions for flute and guitar. His musical compositions are published by six French publishers and one Canadian publisher. He is also the author of a number of pedagogical works on guitar playing.