Fajardo is a town and municipality in Puerto Rico located in the east region of the island, facing the Atlantic Ocean, north of Ceiba and east of Luquillo. Fajardo is spread over 7 barrios and Downtown Fajardo, which serves as the administrative center. It is both a principal part of the Fajardo Metropolitan Statistical Area and the San Juan-Caguas-Fajardo Combined Statistical Area. 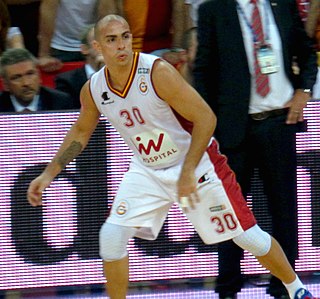 Antonio Rafael Barceló y Martínez was a Puerto Rican lawyer, businessman and the patriarch of what was to become one of Puerto Rico's most prominent political families. Barceló, who in 1917 became the first President of the Senate of Puerto Rico, played an instrumental role in the introduction and passage of legislation which permitted the realization of the School of Tropical Medicine and the construction of a Capitol building in Puerto Rico.

Sharif Karim Fajardo Blanding is a Puerto Rican former professional basketball player. Fajardo has played in the CBA, NCAA, and the National Superior Basketball League of Puerto Rico (BSN) with Santurce Crabbers, Quebradillas Pirates and the San Germán Athletics. Fajardo has played internationally in France, Italy, and Greece. Fajardo participated in the 2005 Pre-Season Training Camp of the Toronto Raptors of the NBA. Fajardo was a member of the Puerto Rican National Basketball Team, most notably the 2004 Puerto Rican National Basketball Team that defeated the United States at the 2004 Olympic Games in Greece.

The Inter American University of Puerto Rico is a private Christian university with its main campus in San Germán, Puerto Rico. It also has campuses in Aguadilla, Arecibo, Barranquitas, Bayamón, Fajardo, Guayama, Ponce, and San Juan. The university also has three professional schools: School of Optometry, School of Law, and the School of Aeronautics. The Inter offers academic programs in 11 teaching units. It was founded in San Germán in 1912. The San Germán campus is also the home to the Inter American School, a private co-educational college-preparatory school. 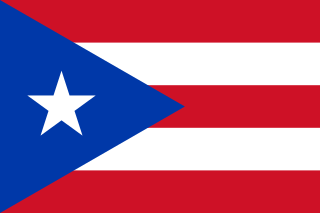 Puerto Rico competed at the 1972 Summer Olympics in Munich, West Germany. 53 competitors, all men, took part in 37 events in 10 sports.

The Puerto Rico Tip-Off is preseason college basketball tournament owned and operated by ESPN Regional Television that takes place in late November of each year, usually the week before Thanksgiving.

Dato Marsagishvili is a male wrestler from Georgia, born in Stepantsminda.

Dr. Liston (Lin) D. Bochette III, is an American athlete and artist, and an Olympian for the Commonwealth of Puerto Rico.

Aníbal Meléndez Rivera is a Puerto Rican politician and was mayor of Fajardo.

José Barbosa was a Puerto Rican pole vaulter who competed in the 1948 Summer Olympics.

Héctor Cotto González is a Puerto Rican athlete specializing in the 110 meters hurdles. He was a graduate of Green Hope High School in Cary, North Carolina in 2002, where he had been a football player and member of the track & field team. He went on to graduate from East Carolina University before beginning his Olympic career. As of 2015 he coaches track & field at William G. Enloe High School in Raleigh, North Carolina.

Jaime Yusept Espinal Fajardo is a Dominican-born Puerto Rican freestyle wrestler. In 2012 he became the first Olympic medalist in wrestling for Puerto Rico by winning a silver medal in the 84 kg division.

Puerto Rico competed at the 2016 Summer Olympics in Rio de Janeiro, Brazil, from 5 to 21 August 2016. This was the nation's eighteenth consecutive appearance at the Summer Olympics.