Setouchi was born in Tokushima, Tokushima Prefecture to a family that dealt in the sale of religious goods. [3] She attended Tokyo Woman's Christian University and graduated with a degree in Japanese literature. Setouchi married a foreign exchange student sent by the Ministry of Foreign Affairs to Beijing. She returned to Japan in 1946 with her daughter. [5] After a love affair with one of her husband's students, she left her house and got an official divorce before leaving for Tōkyō and in order to pursue a writing career.

Setouchi's first literary award reception for Kashin was criticized as pornography. Upon being awarded the Women's Literary Prize in 1963 for Natsu no Owari, she proved herself as a writer. [3] She has also received one of Japan's more prestigious literary awards, the Tanizaki Prize for her novel Hana ni Toe in 1992. [5]

In 1973 she took vows and became a Buddhist nun in the Tendai school of Buddhism. In 2007 she was installed as a nun at Chūson-ji, a temple in Hiraizumi, Iwate Prefecture, and received her name Jakuchō. [3] Her name means "silent, lonely listening." [2] At this time Setouchi also became a social activist, built a center for women, and became a spiritual advisor. [6] She is noted for her opposition to the death penalty in Japan.

The Tale of Genji

The Tale of Genji is a classic work of Japanese literature written by the noblewoman and lady-in-waiting Murasaki Shikibu in the early years of the 11th century. The original manuscript no longer exists. It was made in "concertina" or orihon style: several sheets of paper pasted together and folded alternately in one direction then the other, around the peak of the Heian period. The work is a unique depiction of the lifestyles of high courtiers during the Heian period, written in archaic language and a poetic and confusing style that make it unreadable to the average Japanese without dedicated study. It was not until the early 20th century that Genji was translated into modern Japanese, by the poet Akiko Yosano. The first English translation was attempted in 1882, but was of poor quality and incomplete.

The Seto Inland Sea, also known as Setouchi or often shortened to Inland Sea, is the body of water separating Honshū, Shikoku, and Kyūshū, three of the five main islands of Japan. The region that includes the Seto Inland Sea and the coastal areas of Honshū, Shikoku, and Kyūshū is known as the Setouchi Region. It serves as a waterway, connecting the Pacific Ocean to the Sea of Japan. It connects to Osaka Bay and provides a sea transport link to industrial centers in the Kansai region, including Osaka and Kobe. Before the construction of the San'yō Main Line, it was the main transportation link between Kansai and Kyūshū. 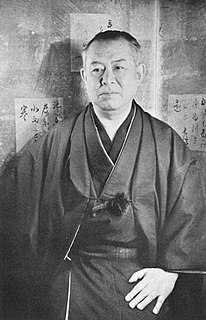 Hiromi Kawakami is a Japanese writer known for her off-beat fiction, poetry, and literary criticism. She has won numerous Japanese literary awards, including the Akutagawa Prize, the Tanizaki Prize, the Yomiuri Prize, and the Izumi Kyōka Prize for Literature. Her work has been adapted for film, and has been translated into more than 15 languages. 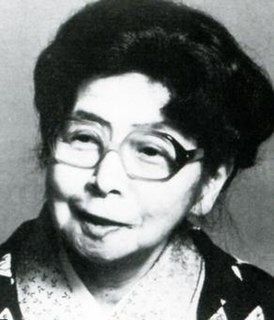 Fumiko Enchi was the pen-name of Fumiko Ueda, one of the most prominent Japanese women writers in the Shōwa period of Japan.

Rena Tanaka is a Japanese actress and TV personality. In 1999, she won the Japanese Academy Award for "Best Newcomer" for her performance in Give It All; in 2001, she received a "Best Actress" nomination for First Love.

Kasumi Nakane is a Japanese model, gravure idol, and actress born on 1982-04-03 in Higashiōsaka, Osaka and raised in Tokyo, Japan. Her birth name was Kasumi Nakasone, and she formerly worked under the name Kasumi Ue. She graduated from the private Horikoshi High School, the same school attended by talent such as Yoko Minamino, Yōko Oginome, Ai Katō, and Masumi Miyazaki.

Chie Shinohara is a Japanese manga artist best known for Red River, known in Japan as Sora wa Akai Kawa no Hotori: Anatolia Story. She has twice received the Shogakukan Manga Award for shōjo, in 1987 for Yami no Purple Eye and in 2001 for Red River. 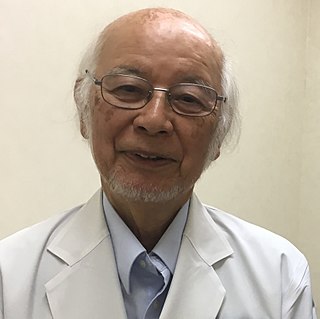 Otohiko Kaga is a Japanese author. His real name is Sadataka Kogi.

Minako Ōba was a Japanese author and social critic.

Seiji Tsutsumi was a Japanese businessperson, author and poet, also known by the pen names Takashi Tsujii and Ikuo Yokose.

Mieko Kawakami is a Japanese singer, blogger, and writer from Osaka. Her work has won prestigious Japanese literary awards in several genres, including the 138th Akutagawa Prize for her novella Chichi to ran (乳と卵), the 2013 Tanizaki Prize for her short story collection Ai no yume to ka (愛の夢とか), and the 2008 Nakahara Chūya Prize for Contemporary Poetry for Sentan de, sasuwa sasareruwa soraeewa.

Piece, originally known as Piece: Kanojo no Kioku, is a Japanese shōjo manga series written and illustrated by Hinako Ashihara. It was serialized in Shogakukan's Betsucomi magazine, premiering in the May 2008 issue and concluding in the May 2013 issue. Shogakukan collected the individual chapters into 10 bound volumes from December 24, 2008, to June 26, 2013. The series won the 58th Shogakukan Manga Award in the shōjo manga category in 2013. It is licensed in France by Kana, in Germany by Tokyopop Germany, and in Italy by Panini Comics. Piece was also adapted into a live-action television drama series which aired on NTV in Japan from October 6, 2012, to December 29, 2012.

Chishō Takaoka was a geisha in Shinbashi who became a Buddhist nun later in life. Her stage name was Chiyoha (千代葉) or Teruha (照葉), while her real name was Tatsuko Takaoka (高岡たつ子). She became famous for her radiant beauty, and for chopping off one of her fingers for her lover. She was a popular model featured in postcards, and was known internationally as the "Nine-Fingered Geisha". She also inspired Jakucho Setouchi's novel, Jotoku.

Kenji Harada better known by his pseudonym Yoichi Funado was a Japanese writer of adventure fiction.