Starting out on trombone, Crawford formed a band, which a local DJ, Doctor Daddy-O, named the Chapaka Shawee (Creole for "We Aren't Raccoons"), the title of an instrumental that they played. Crawford recalled, "During high school we had a little band, nothing real organized at first. I was back playing piano... The other fellows in the band were Edgar "Big Boy" Myles, Warren Myles, Nolan Blackwell, Irving "Cat" Banister, and Alfred Bernard- just a bunch of youngsters having fun." [2] The group was signed by Chess Records president Leonard Chess and was renamed Sugar Boy and his Cane Cutters.

His song "Jock-A-Mo" became a standard at the New Orleans Mardi Gras, but Crawford disappeared from public view. In a 2002 interview for Offbeat magazine he described how his career came to an abrupt halt in 1963, after a severe beating at the hands of state troopers incapacitated him for two years, forcing him to leave the music industry. In 1969, he decided to sing only in church. [1] In 2012 he made a guest appearance singing gospel in an episode of the HBO series Treme . He died one month before the episode aired. James "Sugar Boy" Crawford was also Inducted into The Louisiana Music Hall Of Fame.

Crawford appeared on the 1995 album Let Them Talk, by Davell Crawford, his grandson. [3] He made some stage appearances with Davell, including one at the New Orleans Jazz & Heritage Festival [1] in 1996 and at the seventh annual Ponderosa Stomp in April 2008. [4]

Among the artists Crawford recorded with was Snooks Eaglin.

On June 25, 2019, The New York Times Magazine listed James "Sugar Boy" Crawford among hundreds of artists whose material was reportedly destroyed in the 2008 Universal fire. [6]

The Dixie Cups are an American pop music girl group of the 1960s. They are best known for a string of hits including their 1964 million-selling record "Chapel of Love", "People Say", and "Iko Iko".

"Iko Iko" is a much-covered New Orleans song that tells of a parade collision between two tribes of Mardi Gras Indians and the traditional confrontation. The song, under the original title "Jock-A-Mo", was written and released in 1953 as a single by James "Sugar Boy" Crawford and his Cane Cutters but it failed to make the charts. The song first became popular in 1965 by girl group The Dixie Cups, who scored an international hit with "Iko Iko". In 1967, as part of a lawsuit settlement between Crawford and the Dixie Cups, the trio were given part songwriting credit for the song. In 1972, Dr. John had a minor hit with his version of "Iko Iko".

Joseph Charles Jones was an American R&B singer, songwriter and arranger, who was born in New Orleans, Louisiana. Jones is also generally credited with discovering the Dixie Cups. He also worked with B.B. King. As a singer, Jones had his biggest hit in the form of the Top Five 1960 R&B hit "You Talk Too Much", which also reached No. 3 on the Billboard Hot 100 chart. 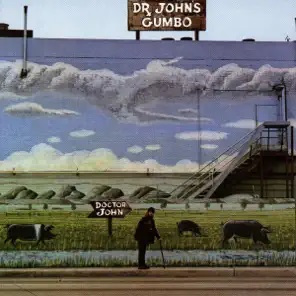 Dr. John's Gumbo released in 1972 is the fifth album by New Orleans singer and pianist Dr. John, a tribute to the music of his native city. The album is a collection of covers of New Orleans classics, played by a major figure in the city's music. It marked the beginning of Dr. John's transition away from the eccentric stage character that earned him a cult following, and toward a more straightforward image based on New Orleans' R&B traditions.

Wardell Joseph Quezergue was an American composer, arranger, record producer and bandleader, known among New Orleans musicians as the "Creole Beethoven". Steeped in jazz, he was an influential musician whose work shaped the sound of New Orleans rhythm and blues, funk and pop music. His role as an arranger and producer kept him out of the spotlight and enabled him to enhance the careers of many. He was a staple of the New Orleans music scene and the recipient of an honorary doctorate in music.

The Ultimate Dr. John is a compilation album by New Orleans R&B artist Dr. John. Focusing on his early years as a recording artist, it was released in 1987.

Oliver Morgan was an American R&B singer. A Louisiana Music Hall of Fame inductee, he is best known for his 1964 hit, "Who Shot the Lala".

Hayward "Chuck" Carbo was an American R&B singer, best known for his time as a vocalist in the New Orleans group The Spiders.

Alfred Charles Merrick, known professionally as Rockie Charles was an American Blues singer, songwriter and guitarist from New Orleans. He was described as the "President of Soul".

Willie Norman Sinegal was an American rhythm and blues bass guitarist and songwriter from New Orleans. He is best known for his song Second Line.

Dr. Spec's Optical Illusion was an American garage rock band formed in New Orleans, Louisiana, in 1965. The group is best known for their single release, containing the songs "Tryin' to Mess My Mind" and "She's the One," which have become cult classics in the garage rock musical genre, and are included on several compilations.

All for One Records, better known as AFO, was the first African American musician-owned record label. AFO was founded in New Orleans in 1961 by Harold Battiste, who was an established composer, arranger, and performer. AFO was established as a musicians' collective. According to AFO alumnus Wallace Johnson, Battiste "said it was time for New Orleans musicians that make the music to make the money – not out-of-town companies that came here to record." House musicians for AFO included Harold Battiste, Red Tyler, Roy Montrell, Peter Badie, John Boudreaux and Melvin Lastie. AFO was distributed by Sue Records.

Ernest J. McLean was an American rhythm and blues and jazz guitarist.

The Dew Drop Inn, at 2836 LaSalle Street, in the Faubourg Delassize section of Central City neighborhood of New Orleans, Louisiana, is a former hotel and nightclub that operated between 1939 and 1970, and is noted as "the most important and influential club" in the development of rhythm and blues music in the city in the post-war period. The venue primarily served the African-American population in the then heavily segregated Southern United States.

"Carnival Time" is a New Orleans Mardi Gras-themed R&B song that was performed by Al Johnson and recorded in 1960. The song's composition was originally credited to Al Johnson and Joe Ruffino, though Johnson now holds exclusive rights. It is now considered an iconic festive song of the New Orleans Carnival season.

Egg Yolk Jubilee is a band based in New Orleans and noted for their eclectic musical style, combining jazz, blues, funk, and rock elements. In addition to traditional stage venues, they also perform as a street-walking brass band, and have released several studio albums.

Irving Sully Banister, Sr. was an American guitarist who recorded and performed R&B music, in a career lasting more than sixty years." 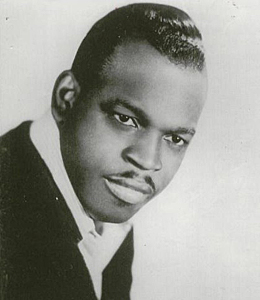 Danny White was an influential R&B singer and bandleader who worked in the New Orleans area.