James Carlos Blake (born May 26, 1947) is an American writer of novels, novellas, short stories, and essays. His work has received extensive critical favor and several notable awards. He has been called “one of the greatest chroniclers of the mythical American outlaw life” [1] as well as “one of the most original writers in America today and … certainly one of the bravest.” [2] He is a recipient of the University of South Florida's Distinguished Humanities Alumnus Award and a member of the Texas Institute of Letters.

Blake has written about his boyhood in a memoir essay entitled “The Outsider” and has discussed his life and work in a profile in Texas Monthly and in a wide-ranging interview in Firsts . He was born in Tampico, Mexico, a third-generation Mexican descended from American, English, Irish, and Spanish ancestors—including a British pirate who was executed in Veracruz, Mexico—and is a naturalized American citizen. His father, Carlos Sebastian Blake Hernandez, was a civil engineer born and schooled in Mexico City. His mother, Estrella Maria Lozano Cano, was the daughter of a horse rancher and grew up on the family's ranch near Matamoros. Blake received his elementary education at St. Joseph’s Academy in Brownsville, Texas and graduated from high school in Miami, Florida. After service in the U. S. Army Airborne (paratroopers), he earned BA and MA degrees at the University of South Florida Tampa Bay and an MFA degree from Bowling Green State University (Ohio), where he attended on a fellowship. He has worked as a snake-catcher, Volkswagen mechanic, swimming pool maintenance man, and county jail properties officer, but his primary occupation has been as a college instructor. He has taught at the University of South Florida, Bowling Green State University, Florida SouthWestern State College, King Fahd University of Petroleum and Minerals (Saudi Arabia), and Miami Dade College. In 1997, he left teaching to write full-time.

Although Blake wrote sporadically from his teens until his thirties, it was not until the early 1980s, while again living in Miami, that he began to write with purpose, [3] and over the next few years he published a number of short stories in a variety of literary journals. In 1995 he published his first novel, The Pistoleer, an account of the life and times of the infamous Texas outlaw, John Wesley Hardin. Structured as a sequence of first-person narratives—each of the dozens of chapters told by a different character—the novel was hailed as “an achievement by any standards, but as a first novel is simply astounding.” [4] It was a finalist for the 1995 Best Novel of the West award from the Western Writers of America. Despite its “western” setting, it was recognized as a significant literary work presenting not only the story of the title character, but also, through its vast array of narrators, a cultural mosaic of the South in the era of Reconstruction. The Pistoleer introduced several motifs that would recur in much of Blake’s subsequent work—violence as art; honor and morality as existential codes; character as fate (a Heraclitean notion that Blake himself has cited as a pervasive theme in his fiction. [5] ); and the outlaw as media celebrity. [6]

In the ten years following the publication of The Pistoleer, Blake published eight more novels and a collection of short works, plus more short stories and two memoir essays. In 1997 his third novel, In the Rogue Blood, gained him considerable attention and won the prestigious Los Angeles Times Book Prize for Fiction. Dealing with the misadventures of a pair of American brothers during the time of the U.S. war with Mexico in the late 1840s, In the Rogue Blood is generally regarded as one of the most compelling works in recent American literature to treat violence as a primary engine of U.S. history. It has been widely compared to Cormac McCarthy’s savage masterpiece, Blood Meridian . [7]

While most of Blake’s short stories—and a novella, “Texas Woman Blues” — are set in recent times, his four latest books, The Rules of Wolfe (2013), The House of Wolfe (2015), The Ways of Wolfe (2017), and The Bones of Wolfe (2020) are his first contemporary novels. All of his previous novels are set between the mid-19th-century and the latter 1930’s, and several of them feature historical figures as protagonists. In addition to Wes Hardin, his novels have centered on Pancho Villa, the Mexican bandit and revolutionary (The Friends of Pancho Villa); John Ashley (bandit) of the notorious Ashley criminal gang in early twentieth-century Florida (Red Grass River); “Bloody Bill” Anderson, the Missouri guerrilla captain of the American Civil War (Wildwood Boys); Harry Pierpont, the 1930s gangster and leader of a band of bank robbers that included John Dillinger (Handsome Harry); and Stanley Ketchel, the ragtime-era boxing champion who was murdered at age twenty-four (The Killings of Stanley Ketchel). Even in those of his novels whose protagonists are created of whole cloth (In the Rogue Blood, A World of Thieves, Under the Skin, Country of the Bad Wolfes), real-life people play significant or cameo roles. [8]

Several of Blake's works have been published in foreign editions, and some are under film option, including The Killings of Stanley Ketchel, which has been optioned by Terence Winter, writer and executive producer of The Sopranos and creator of Boardwalk Empire . [9] The Friends of Pancho Villa was going to be turned into a movie by director Emir Kusturica, starring Johnny Depp in the leading role, but Depp pulled out. According to Blake, Kusturica spoke to Benicio del Toro about taking over the role, but the movie ultimately did not happen. In interviews writer/director Martin Koolhoven said Blake's novel In the Rogue Blood had an influence on his controversial Brimstone , which premiered at the Venice Film Festival in 2016. Koolhoven explained he understood he had to write a western from a female perspective after he read a certain passage about the sister of the leading characters. Also the movie features a scold's bridle, an idea he got from reading In the Rogue Blood. 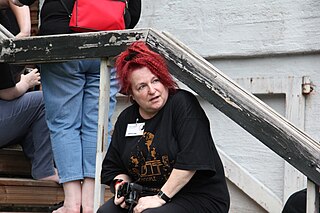 Pat Cadigan is an American science fiction author, whose work is most often identified with the cyberpunk movement. Her novels and short stories all share a common theme of exploring the relationship between the human mind and technology.

A novella is a short novel, that is, a narrative prose fiction whose length is shorter than that of most novels. No official definition exists regarding the number of pages or words necessary for a story to be considered a novella or a novel. US-based Writers of America defines novella's word count to be between 17,500 and 40,000 words. 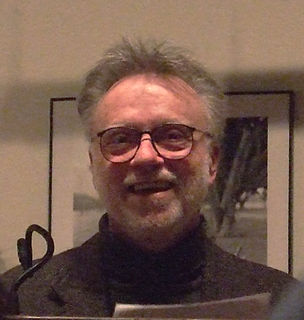 John Crowley is an American author of fantasy, science fiction and historical fiction. He has also written essays. Crowley studied at Indiana University and has a second career as a documentary film writer. 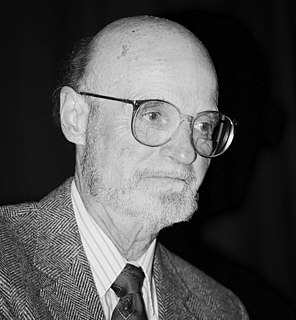 John Simmons Barth is an American writer who is best known for his postmodernist and metafictional fiction. 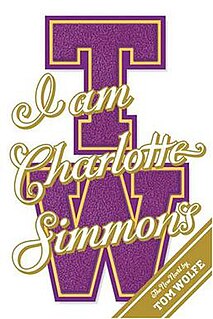 I am Charlotte Simmons is a 2004 novel by Tom Wolfe, concerning sexual and status relationships at the fictional Dupont University. Wolfe researched the novel by talking to students at North Carolina, Florida, Penn, Duke, Stanford, and Michigan. Wolfe suggested it depicts the American university today at a fictional college that is "Harvard, Yale, Princeton, Stanford, Duke, and a few other places all rolled into one." 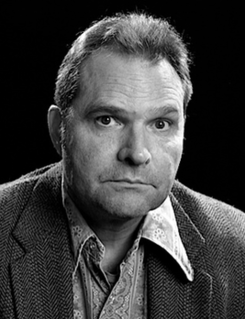 Harold Lenoir Davis, also known as H. L. Davis, was an American novelist and poet. A native of Oregon, he won the Pulitzer Prize for his novel Honey in the Horn, the only Pulitzer given to a native Oregonian. Later living in California and Texas, he also wrote short stories for magazines such as The Saturday Evening Post.

George Mikali Mandel is an American author and early writer of the Beat Generation. His novels, interviews, novellas, cartoons and short stories have been carried major print magazines and collections. He has also contributed key elements to screenplays for Hollywood films.

Back to Blood is Tom Wolfe's fourth and final novel, published in 2012 by Little, Brown. The novel, set in Miami, Florida, focuses on the subject of Cuban immigrants there.

General Rodolfo Fierro was a railway worker, railway superintendent, federal soldier and a major general in the army of Pancho Villa during the Mexican Revolution in the Division del Norte. Fierro and his counterpart and fellow lieutenant, Tomas Urbina, have been cited as the two halves of Pancho Villa, Fierro representing his malicious side. It is believed Fierro met Pancho Villa in 1913 following the Madero revolution. Originating from Sinaloa, Fierro was a former federal officer having taken part in fighting against the Yaqui Indians. Following his role as a federal officer, Fierro went on to work as a railway man, eventually being absorbed into Villa's ranks.

Dagoberto Gilb is an American writer who writes extensively about the American Southwest.

The Shirley Jackson Awards are literary awards named after Shirley Jackson in recognition of her legacy in writing. These awards for outstanding achievement in the literature of psychological suspense, horror and the dark fantastic are presented at Readercon, an annual conference on imaginative literature. 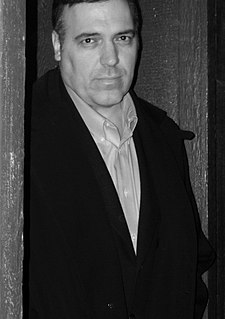 Nebula Awards 26 is an anthology of science fiction short works edited by James Morrow, the first of three successive volumes published under his editorship. It was first published in hardcover and trade paperback by Harcourt Brace Jovanovich in May 1992.