Born in London, Salisbury was the eldest son of Robert Gascoyne-Cecil, 3rd Marquess of Salisbury, [1] who served as British Prime Minister, by his wife Georgina ( née Alderson). The Right Reverend Lord William Cecil, Lord Cecil of Chelwood and Lord Quickswood were his younger brothers, and Prime Minister Arthur Balfour his first cousin. He was educated at Eton and University College, Oxford, graduating BA in 1885.

He started public life early, being of a very young age when he accompanied his father to the 1876–1877 Constantinople Conference and a year later to the Congress of Berlin. [2]

Lord Cranborne sat as Conservative Member of Parliament for Darwen, then called North-East Lancashire, from 1885 to 1892. [2] He lost his seat at the general election of the latter year. He was elected for Rochester at a by-election in 1893, continuing as MP there until 1903, [2] when he succeeded his father and was elevated to the House of Lords.

Lord Cranborne was appointed lieutenant-colonel of the 4th (Militia) battalion Bedfordshire Regiment (formerly the Hertfordshire Militia) on 29 October 1892, and was in command when the battalion saw active service in South Africa from March to November 1900, during the Second Boer War. The battalion, numbering 24 officers and 483 men, left Queenstown on 27 February in the transport Goorkha, with Lord Cranborne as the senior officer in command, [3] arriving in Cape Town the following month. He received the Queen's South Africa Medal and was appointed a Companion of the Order of the Bath (CB) for his service during the war. In July 1902 he received the Honorary Freedom of the borough of Hertford in recognition of his service during the war. [4] Following the death of his father, he was promoted to colonel of the battalion. He was also a colonel of the Hertfordshire Volunteer Regiment and of the 4th battalion Essex Regiment. Lord Salisbury was ADC to Edward VII, and George V until 1929.

He served under his father and then his cousin Arthur Balfour as Parliamentary Under-Secretary of State for Foreign Affairs from 1900 [2] to 1903, under Balfour as Lord Privy Seal from 1903 to 1905, and as Lord President of the Board of Trade in 1905. [5] [6] In 1903 he was sworn of the Privy Council. In December 1908, he was appointed a deputy lieutenant of Hertfordshire. [7] From 1906, following his uncle, he served as Chairman of the Canterbury House of Laymen.

Salisbury played a leading role in opposing David Lloyd George's People's Budget and the Parliament Bill of 1911. In 1917 he was made a Knight of the Garter. He returned to the government in the 1920s and served under Bonar Law and Stanley Baldwin as Chancellor of the Duchy of Lancaster from 1922 to 1923, as Lord President of the Council from 1922 to 1924, as Lord Privy Seal from 1924 to 1929 and as Leader of the House of Lords from 1925 to 1929 [2] in successive Conservative governments of Bonar Law and Baldwin. He resigned as leader of the Conservative peers in June 1931 [8] and became one of the most prominent opponents of Indian Home Rule in the Lords, supporting the campaign waged in the House of Commons by Winston Churchill against the Home Rule legislation.

Salisbury was part of two parliamentary deputations which called on the Prime Minister, Stanley Baldwin, and the Chancellor of the Exchequer, Neville Chamberlain, in the autumn of 1936 to remonstrate with them about the slow pace of British rearmament in the face of the growing threat from Nazi Germany. The delegation was led by Sir Austen Chamberlain, a former Foreign Secretary and its most prominent speakers included Winston Churchill, Leo Amery and Roger Keyes. The Marquess of Salisbury was Lord High Steward at the coronation of King George VI and Queen Elizabeth in 1937. [9]

Lord Salisbury married Lady Cicely Alice Gore (born 15 July 1867, died 5 February 1955), second daughter of Arthur Gore, 5th Earl of Arran, on 17 May 1887 at St. Margaret's Church, Westminster. [1] Between 1907 and 1910 she served as a Lady of the Bedchamber to Queen Alexandra; additionally she was appointed an Officer of the Order of St John of Jerusalem, and as a Justice of the Peace for Hertfordshire. [10]

The couple had four children: [11]

He was the grandfather of actor Jonathan Cecil by his youngest son, David. 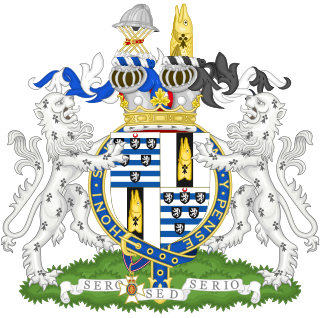 Robert Arthur Talbot Gascoyne-Cecil, 3rd Marquess of Salisbury,, styled Lord Robert Cecil before the death of his elder brother in 1865, Viscount Cranborne from June 1865 until his father died in April 1868, and then the Marquess of Salisbury, was a British statesman, serving as prime minister three times for a total of over thirteen years. A member of the Conservative Party, he was the last prime minister to serve his term while a member of the House of Lords. 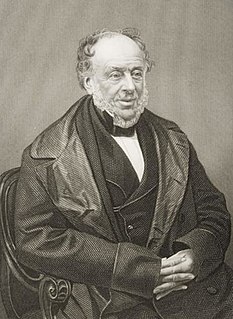 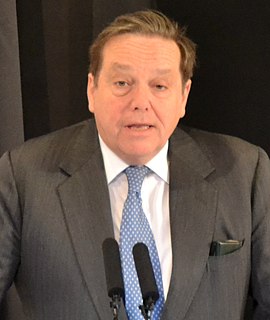 Robert Michael James Gascoyne-Cecil, 7th Marquess of Salisbury, Baron Gascoyne-Cecil, is a British Conservative politician. During the 1990s, he was Leader of the House of Lords under his courtesy title of Viscount Cranborne. Lord Salisbury lives in one of England's largest historic houses, Hatfield House, which was built by an ancestor in the early 17th century, and he currently serves as Chancellor of the University of Hertfordshire. 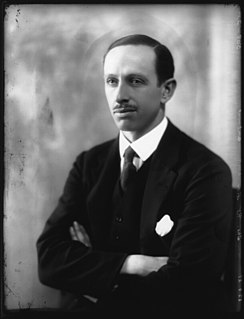 The Carlton Club is a London private members' club which was the original home of the Conservative Party before the creation of Conservative Central Office. Membership of the club is by nomination and election only. 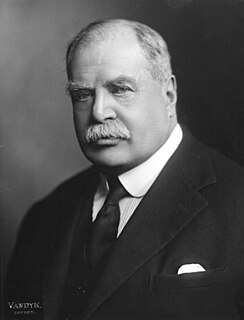 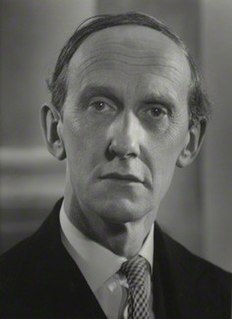 Lord Edward Christian David Gascoyne-Cecil, CH was a British biographer, historian, and scholar. He held the style of "Lord" by courtesy, as a younger son of a marquess. 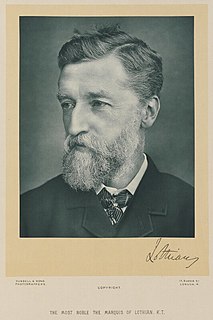 Schomberg Henry Kerr, 9th Marquess of Lothian,, styled Lord Schomberg Kerr until 1870, was a British diplomat and Conservative politician. He served as Secretary for Scotland under Lord Salisbury between 1887 and 1892. He was usually styled simply as Lothian. 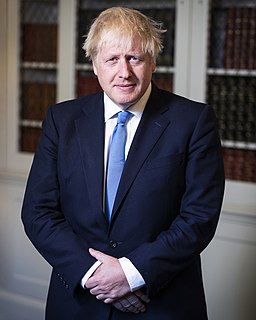 Mary Alice Cavendish, Duchess of Devonshire, was a British courtier who served as Mistress of the Robes to Queen Elizabeth II from 1953 to 1967. She was the granddaughter of Prime Minister Robert Gascoyne-Cecil, 3rd Marquess of Salisbury. 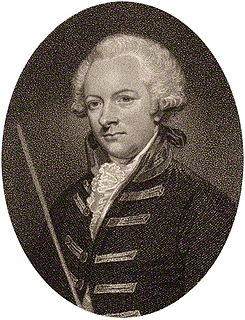 James Cecil, 1st Marquess of Salisbury,, styled Viscount Cranborne until 1780 and known as The Earl of Salisbury between 1780 and 1789, was a British nobleman and politician.

Lieutenant-Colonel Orlando Bridgeman, 5th Earl of Bradford, DL, JP, styled Viscount Newport from 1898 to 1915, was a British peer, Conservative politician and soldier. He was a major landowner, owning up to 20,000 acres (8,100 ha).

Charles Stewart Vane-Tempest-Stewart, 6th Marquess of Londonderry,, styled Viscount Castlereagh between 1872 and 1884, was a British Conservative politician, landowner and benefactor, who served in various capacities in the Conservative administrations of the late 19th and early 20th centuries. After succeeding his father in the marquessate in 1884, he was Lord-Lieutenant of Ireland between 1886 and 1889. He later held office as Postmaster General between 1900 and 1902 and as President of the Board of Education between 1902 and 1905. A supporter of the Protestant causes in Ulster, he was an opponent of Irish Home Rule and one of the instigators of the formal alliance between the Conservative Party and the Liberal Unionists in 1893.