He was active in Democratic Party politics and, in 1941, won a seat in the Pennsylvania House of Representatives to an at-large seat for Philadelphia County. He won re-election to the House in 1943 and 1945. In 1951, he won a seat on the Philadelphia City Council and became the President pro tempore in 1954, which became the council president in 1955. He held that position for nearly 10 years. [2]

Mayor Richardson Dilworth resigned his post in 1962 in order to make a second run for Governor in that fall’s general election. As the city council president, Tate became acting mayor upon Dilworth’s resignation. He went on to win two terms in his own right, in 1963 and 1967. [3] As a result, he is to date the longest serving mayor.

In 1963, he defeated Republican James McDermott with 54% of the vote. [4] He fended off a protest by the Congress of Racial Equality by stopping construction of the Philadelphia Municipal Services Building until more black workers were hired. [3]

Towards the end of his life, Tate lived in Longport, New Jersey.

Francis Lazarro Rizzo Sr. was an American police officer and politician. He served as Philadelphia police commissioner from 1968 to 1971 and mayor of Philadelphia from 1972 to 1980. He was a member of the Democratic Party until 1986 when he switched to the Republican Party. 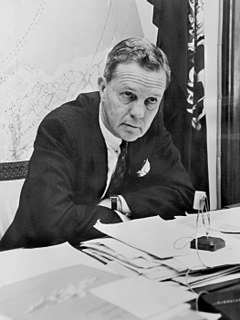 William Joseph Green III is an American politician from Pennsylvania. A Democrat, Green served in the U.S. House of Representatives from 1964 to 1977 and as the 94th Mayor of Philadelphia from 1980 to 1984.

David Cohen, was an American lawyer, Democratic civil servant and politician. For the last 26 years of his life, he was a Philadelphia city councilman representing the northwest district. Having served a four-year term not consecutive to the other terms, he represented northwest Philadelphia for a total of 29 years. He died in office aged 90. 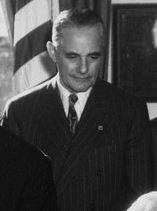 Emanuel Weinberg was a Democratic politician from Philadelphia who served two-and-a-half terms on Philadelphia City Council. 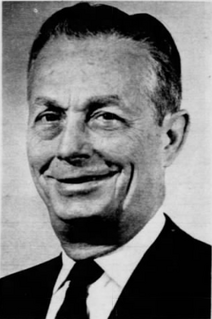 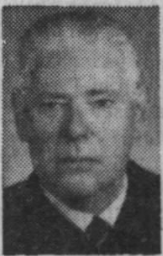 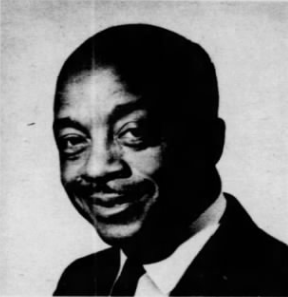 Thomas McIntosh was a Democratic politician from Philadelphia who served three terms on the Philadelphia City Council. 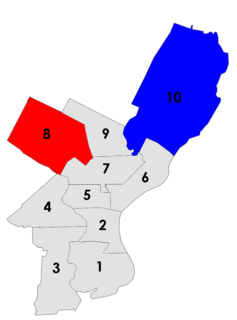 Philadelphia's City Council special election of 1962 was held to fill three vacant city council seats. The first was in the 8th district, when Democrat Alfred Leopold Luongo was appointed to the federal bench in September 1961. A second vacancy that same year occurred in the 10th district when Democrat John M. McDevitt resigned in June 1962 to become a Catholic priest. An at-large seat also became vacant when Victor E. Moore resigned in September 1962 to become the head of the Philadelphia Gas Works. Special elections were scheduled for November 6, 1962, to be held at the same time as the federal and gubernatorial elections that year. Democrats held two of the seats but lost the 8th district to a Republican. 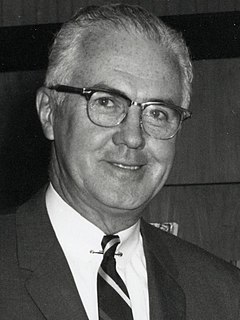 The Philadelphia mayoral election of 1967 saw the reelection of James Hugh Joseph Tate, who narrowly defeated Republican challenger Arlen Specter in the general election. Specter would later be elected to the U.S. Senate in 1980, where he served until 2011.

Joseph John Hersch was a Democratic politician from Philadelphia who served in the Pennsylvania House of Representatives and as a city magistrate before being elected to the Philadelphia City Council.