He was born on 5 September 1839 to James Henry Robert Innes-Ker, 6th Duke of Roxburghe and Susanna Dalbiac, Duchess of Roxburghe, only child of Sir Charles Dalbiac. His mother was one of Queen Victoria's staff until she died in 1895. [1] His elder sister was Lady Susan Harriet Innes-Ker, who married Sir James Suttie, 6th Baronet. His younger siblings were Lady Charlotte Isabella Innes-Ker, wife of George Russell, and Lord Charles John Innes-Ker, who married Blanche Mary Williams (a daughter of Col. Thomas Peers Williams). [2]

On 11 June 1874 he married Anne Emily Spencer-Churchill. She was the fourth daughter of the 7th Duke of Marlborough and the former Lady Frances Vane-Stewart (eldest daughter of Charles Vane, 3rd Marquess of Londonderry). Together, James and Anne, who served as Mistress of the Robes and Lady of the Bedchamber to Queen Victoria, were the parents of seven children, three boys and four girls, including: [2]

Lord Roxburghe died on 23 October 1892 and was succeeded by his eldest son. [2] His widow, the Dowager Duchess of Roxburghe died in London in 1923 after a lengthy illness, at the home of her daughter Lady Evelyn and her husband, Colonel William Collins. [6] 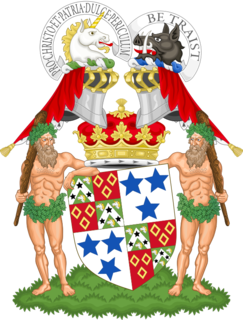 The Duke of Roxburghe is a title in the peerage of Scotland created in 1707 along with the titles Marquess of Bowmont and Cessford, Earl of Kelso and Viscount Broxmouth. John Ker, 5th Earl of Roxburghe became the first holder of these titles. The title is derived from the royal burgh of Roxburgh in the Scottish Borders that in 1460 the Scots captured and destroyed.

Anne Emily Innes-Ker, Duchess of Roxburghe was the daughter of the 7th Duke of Marlborough, who served in Conservative governments as Lord President of the Council and Lord Lieutenant of Ireland. She served as Mistress of the Robes to Queen Victoria. 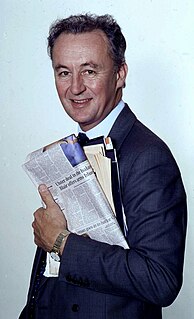 Guy David Innes-Ker, 10th Duke of Roxburghe, styled Marquess of Bowmont and Cessford until 1974, was a British aristocrat. 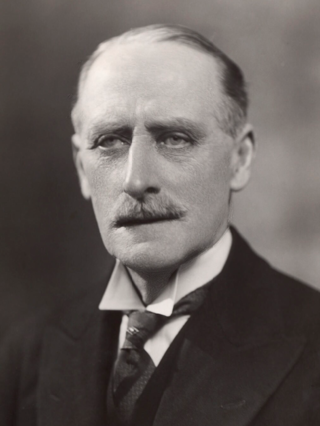 Gilbert Heathcote-Drummond-Willoughby, 2nd Earl of Ancaster, known as Lord Willoughby de Eresby from 1892 to 1910, was a British Conservative politician.

Margaret Elisabeth Innes-Ker, Duchess of Roxburghe, later Hambro, was a Scottish activist who served as chairman of the National Society for Cancer Relief from 1964 to her death. She was credited with furthering the level of care in the UK for people with cancer through her activities and fundraising, including the construction of 12 continuing care homes, and introducing home care nursing services to allow people to receive treatment at home. 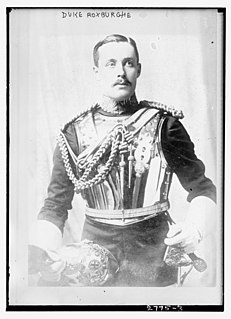 Henry John Innes-Ker, 8th Duke of Roxburghe was a Scottish peer and courtier.

Hamilton Fish II was an American lawyer and politician who served as Speaker of the New York State Assembly and a member of the United States House of Representatives. 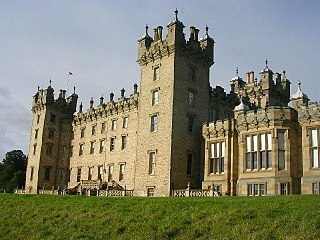 Floors Castle, in Roxburghshire, south-east Scotland, is the seat of the Duke of Roxburghe. Despite its name it is a country house rather than a fortress. It was built in the 1720s by the architect William Adam for Duke John, possibly incorporating an earlier tower house. In the 19th century it was embellished with turrets and battlements by William Playfair for Duke James. Floors has the common 18th-century layout of a main block with two symmetrical service wings. Floors Castle lies on the River Tweed and overlooks the Cheviot Hills to the south.

James Innes-Ker, 5th Duke of Roxburghe was a Scottish nobleman. 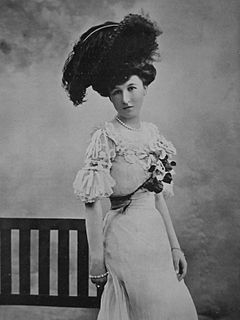 Mary Innes-Ker, Duchess of Roxburghe was an American-British socialite and heiress. 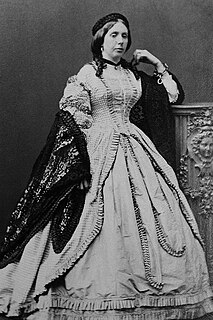 Frances Anne Spencer-Churchill, Duchess of Marlborough, VA was an English noblewoman, the wife of British peer and statesman John Spencer-Churchill, 7th Duke of Marlborough. One of her sons, Lord Randolph Churchill was the father of Prime Minister Sir Winston Churchill. She had a total of 11 children, and her principal home was the monumental Blenheim Palace, which she rejuvenated with her "lavish and exciting entertainments", and transformed into a "social and political focus for the life of the nation". She was invested as a Lady of the Royal Order of Victoria and Albert for her efforts at famine relief in Ireland.

The Goelet family is an influential family from New York, of Huguenot origins, that owned significant real estate in New York City.

Mary Rita "May" Wilson Goelet was an American socialite and member of a family known as "the marrying Wilsons".

Susanna Innes-Ker, Duchess of Roxburghe was a friend and Lady of the Bedchamber to Queen Victoria. Born into a military family, she married the 6th Duke of Roxburghe in 1836. Innes-Ker was one of Victoria's longest serving ladies-in-waiting, holding the appointment from 1865 until her death.

Duchess of Roxburgh is a title given to the wife of the Duke of Roxburghe. Women who have held the title include: