McSparran was born in Glasgow to an Irish family [1] He studied at St Mungo's Academy, Glasgow, then St Malachy's College in Belfast, Queen's University of Belfast, and the National University of Ireland. [2]

McSparran was called to the Irish Bar in 1916, and later became a King's Counsel. [2] He also had interests in the Irish News . [3]

At the 1945 Northern Ireland general election, McSparran was elected for the Nationalist Party in Mourne: during his own campaign McSparran emphasised the need for northern nationalists to unite to help themselves, as well as promoting their aim to end partition. [4]

McSparran had, through his Antrim roots, deep connections with many prominent Catholic families with clerical links and business interests. His brothers included Canon John McSparran, a senior priest of the Diocese of Down and Connor and Dr. Daniel McSparran, Chairman of the The Irish News newspaper and Chair of Belfast Celtic. [6]

Edward Henry Carson, 1st Baron Carson, PC, PC (Ire), from 1900 to 1921 known as Sir Edward Carson, was an Irish unionist politician, barrister and judge. From 1905 Carson was both the Irish Unionist Alliance MP for the University of Dublin and leader of the Ulster Unionist Council in Belfast. In 1915 he entered the war cabinet of H. H. Asquith as Attorney-General. Carson was defeated in his ambition to maintain Ireland as a whole in union with Great Britain. His leadership, however, was celebrated by some for securing a continued place in the United Kingdom for the six north-eastern counties, albeit under a devolved Parliament of Northern Ireland that neither he nor his fellow unionists had sought. He is also remembered for his open ended cross examination of Oscar Wilde in a legal action that Wilde had brought, but which led to him being gaoled and ruined. Carson unsuccessfully attempted to intercede for Wilde after the case.

William David Trimble, Baron Trimble, PC, is a British politician who was the first First Minister of Northern Ireland from 1998 to 2002, and the leader of the Ulster Unionist Party (UUP) from 1995 to 2005. He was also the Member of Parliament (MP) for Upper Bann from 1990 to 2005 and the Member of the Legislative Assembly (MLA) for Upper Bann from 1998 to 2007. In 2006, he was made a life peer in the House of Lords and a year later left the UUP to join the Conservative Party.

James Hugh Allister,, is a Unionist politician and barrister from Northern Ireland. He founded the Traditional Unionist Voice (TUV) political party in 2007, leading the party since its formation. He is the party's only member in the Northern Ireland Assembly, representing North Antrim since 2011.

Harry Diamond (1908–1996) was a socialist and an Irish nationalist. He was the MP for Belfast Falls in the Parliament of Northern Ireland, and later the leader of the Republican Labour Party. 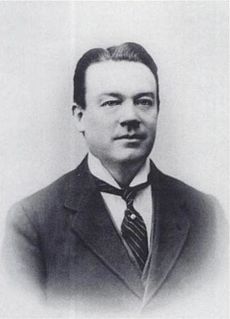 Joseph Devlin was an Irish journalist and influential nationalist politician. He was a Member of Parliament (MP) for the Irish Parliamentary Party in the House of Commons and later a Nationalist Party MP in the Parliament of Northern Ireland. Devlin was referred to as "duodecimo Demosthenes" by Tim Healy. He never married.

Sir Samuel Knox Cunningham, 1st Baronet, QC, was a Northern Irish barrister, businessman and politician. As an Ulster Unionist politician at a time when the Unionists were part of the Conservative Party, he was also a significant figure in United Kingdom politics as Parliamentary Private Secretary to Harold Macmillan. His nephew was Sir Josias Cunningham.

The Nationalist Party was the continuation of the Irish Parliamentary Party (IPP), and was formed after the partition of Ireland, by the Northern Ireland-based members of the IPP.

William McMullen (1888–1982) was an Irish trade unionist and politician. 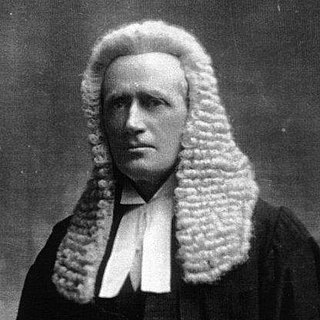 Sir Robert Wilson Porter, PC (NI), QC was a Northern Irish politician, barrister and judge. He served as a pilot in the Royal Air Force during World War II and was later an officer in the Territorial Army.

Richard Ferguson QC, SC was a barrister and politician from Northern Ireland.

Andrew Dewar Gibb MBE QC was a Scottish advocate, barrister, professor and politician. He taught law at Edinburgh and Cambridge, and was Regius Professor of Law at the University of Glasgow 1934–1958. Gibb was the leader of the Scottish National Party (SNP) from 1936 to 1940.

William Doris was an Irish politician, Member of Parliament, and co-founder of The Mayo News.

Sir Paul Richard Maguire PC, styled The Rt. Hon. Lord. Justice Maguire, is an Appeal Court judge in Northern Ireland. Prior to that he was a barrister and a politician.

David John Little QC was an Ulster Unionist Party politician in the Parliament of Northern Ireland, a barrister and county court judge.