He was the only son of Richard West of Priors Marston, Warwickshire and St. Swithin's, London and educated at Balliol College, Oxford (1719). He then entered the Inner Temple to study law and was called to the bar in 1728 and made a bencher in 1761. [1]

He was elected as MP for St Albans at the 1741 general election which he represented until 1768. The historian Lewis Namier claims that in two volumes of correspondence relating to West's management of the constituency only three items are about matters of public interest, the rest mostly being requests for jobs and other favours. [3]

In 1746 he had purchased a new house at Lincoln's Inn Fields and employed Thomas Carter the Elder to produce two ornate marble chimney-pieces for the house. [4]

He married Sarah, the daughter of Sir Thomas Steavens, a wealthy timber merchant of Eltham, Kent. They lived in the Piazza in Covent Garden and bought Alscot Park, then in Gloucestershire but now in Warwickshire, as a country retreat to which he could retire. He replaced the old house with the present one built in a Rococo Gothic style and moved in c.1762.

Richard Rigby PC, was an English civil servant and politician who sat in the British House of Commons for 43 years from 1745 to 1788. He served as Chief Secretary for Ireland and Paymaster of the Forces. Rigby accumulated a fortune serving the Crown and politician wheeler-dealers in the dynamic 18th-century parliament. 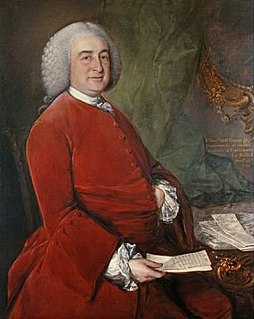 Robert Craggs-Nugent, 1st Earl Nugent PC was an Irish politician and poet. He was tersely described by Richard Glover as a jovial and voluptuous Irishman who had left popery for the Protestant religion, money and widows. 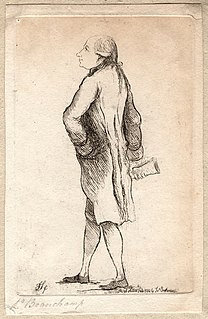 Francis Ingram-Seymour-Conway, 2nd Marquess of Hertford, KG, PC, PC (Ire), styled The Honourable Francis Seymour-Conway until 1750, Viscount Beauchamp between 1750 and 1793, and Earl of Yarmouth between 1793 and 1794, was a British peer and politician. He held seats in the Irish House of Commons from 1761 to 1776 and in the British House of Commons from 1766 to 1794. He served as Chief Secretary for Ireland under his father. He subsequently held positions in the Royal Household, including serving as Lord Chamberlain between 1812 and 1822. 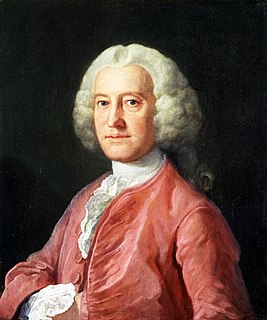 Samuel Martin was an Antiguan-born politician, administrator and plantation owner.

James Grenville, 1st Baron Glastonbury, PC of Butleigh Court, Somerset was a United Kingdom politician, who was a member of both houses of Parliament during his career.

Lieutenant-Colonel Robert Fulke Greville FRS was a British Army officer, courtier and politician who sat in the House of Commons between 1774 and 1807.

Sir Thomas Sewell was an English judge and Member of Parliament, and Master of the Rolls from 1764 to 1784.

Edward Montagu (1692–1776) was a wealthy English landowner, who owned numerous coal mines and had several rents and estates in Northumberland. The son of Hon. Charles Montagu, MP, by Sarah Rogers, and the grandson of Edward Montagu, 1st Earl of Sandwich, he was educated at Eton College, Clare College, Cambridge and Lincoln's Inn.

William Neville Hart was a British banker, politician and diplomat. He was born to Denise Gougeon, the wife of Lewis Augustus Blondeau. His mother was the Under Housekeeper or Mistress of the King's Household, a position she was to hold for more than fifty years. Denise was the sister of Esther Gougeon, the wife of Daniel Cornelius de Beaufort. Hart's father held various positions at Court including that of Gentleman Usher to King George II.

John Williams was an English politician. He was MP for Saltash in 1772.

Robert Knight, 1st Earl of Catherlough, KB, (1702–1772), was a British Member of Parliament for Great Grimsby, Castle Rising, Norfolk (1747–54) and Milborne Port, Somerset (1770–72). He became successively Baron Luxborough (1745), Viscount Barrells and Earl of Catherlough, all titles within the peerage of Ireland. His wife, Henrietta Lady Luxborough, later became well known as a lady of letters, poet and pioneering landscape gardener.

Robert More FRS, of Linley Hall, near Bishop's Castle, Shropshire. was an English academic and politician who sat in the House of Commons between 1727 and 1761. He was also a noted amateur botanist.

Charles Stanhope (1673–1760) was an English barrister and Whig politician who sat in the House of Commons from 1717 to 1741. Deeply implicated in transactions related to the South Sea Bubble, possibly concerned with political corruption, he was strongly defended by those in government, and was acquitted of all charges brought against him.

John Darker was a British merchant and politician who sat in the House of Commons between 1776 and 1784. 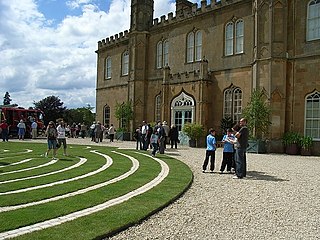 Alscot Park is an English Grade I listed Georgian country house in Preston on Stour, some 3 miles (5 km) south of Stratford-upon-Avon, Warwickshire. It was built in a Rococo Gothic style for James West in the early 18th century.