The label became popular in 1958 with the release of Duane Eddy's "Rebel Rouser"/"Stalkin'", which reached No. 6 on the Billboard Hot 100. Eddy became the mainstay Jamie artist, recording hit after hit, including "Because They're Young" (No. 4) and "Forty Miles of Bad Road" (No. 9). Eddy's last Jamie single "Runaway Pony"/"Just Because" was issued in 1962.

The Jordan Brothers also recorded for Jamie, hailing from Frackville, Pennsylvania. Their first release was "Send Me Your Picture" and their biggest hit, "Gimme Some Lovin'", was released in the US before the more successful version by the Spencer Davis Group. The Jordans toured with Dick Clark's Caravan of Stars bus tour and appeared on Philadelphia and New Jersey-based TV shows. [1] 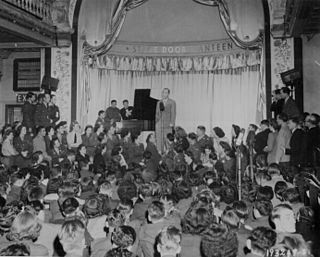 Duane Eddy is an American guitarist. In the late 1950s and early 1960s, he had a string of hit records produced by Lee Hazlewood, which were noted for their characteristically "twangy" sound, including "Rebel-'Rouser", "Peter Gunn", and "Because They're Young". He had sold 12 million records by 1963.

The 12th Annual Grammy Awards were held on March 11, 1970. They recognized accomplishments of musicians for the year 1969.

Philadelphia International Records (PIR) is an American record label based in Philadelphia. It was founded in 1971 by the writer-producer duo, Kenneth Gamble and Leon Huff, along with their long time collaborator Thom Bell. It was famous for showcasing the Philadelphia soul music genre that was founded on the gospel, doo-wop, and soul music of the time. This Philly Soul sound later became a prominent and distinct era within R&B itself. During the 1970s the label released a string of worldwide hits which emphasized lavish orchestral instrumentation, heavy bass, and driving percussion.

Ace Records Ltd. was started in 1978. Initially the company only gained permission from the similarly-named label based in Mississippi to use the name in the UK, but eventually also acquired the rights to publish their recordings. When Chiswick Records' pop side was licensed to EMI in 1984, Ace switched to more licensing and reissuing work. In the 1980s it also gained the licensing for Modern Records, and its follow-up company Kent Records, whilst in the 1990s, the company bought the labels including all original master tapes.

Gold Star Studios was a major independent recording studio located in Los Angeles, California, United States. For more than thirty years, from 1950 to 1984, Gold Star was one of the most influential and successful commercial recording studios in the world.

Ray Pilgrim was one of the most prolific big band singers, radio broadcasters, recording and session singers in Britain in the late 1950s and early 1960s.

In 1959, Dick Clark formed the Caravan of Stars, a road show featuring some of the most popular stars and musical groups of the day. Chubby Checker, Duane Eddy, Bobby Darin, Fabian, Buddy Holly, Annette Funicello, Exile and Bo Diddley toured with the Caravan. Chuck Berry joined the tour as well but chose to drive his pink Cadillac.

"Busted" is a song written by Harlan Howard in 1962. It was recorded and first released by Johnny Cash for Cash's 1963 album Blood, Sweat and Tears. The first recording was by Burl Ives in 1962. It has subsequently been recorded by several notable artists, including Ray Charles and Patty Loveless (2009). 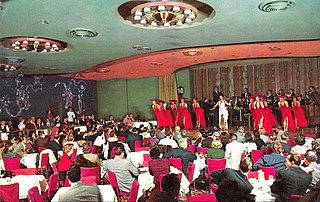 The Copa Room was an entertainment nightclub showroom at the now-defunct Sands Hotel on The Las Vegas Strip in Las Vegas, Nevada. It was demolished in 1996 when the Sands Hotel was imploded.

The Jordan Brothers are a musical group. They were active for thirty years beginning in the mid-1950s. They originated in Frackville, Pennsylvania and achieved high regional popularity in Schuylkill and surrounding counties and Philadelphia. They released over 24 single records on 15 different labels, including several that were self-produced from 1957 until 1984. The brothers are: