Count Jan Potocki (Polish pronunciation:  [ˈjan pɔˈtɔt͡skʲi] ; 8 March 1761 – 23 December 1815) was a Polish nobleman, Polish Army Captain of Engineers, ethnologist, Egyptologist, linguist, traveler, adventurer, and popular author of the Enlightenment period, whose life and exploits made him a legendary figure in his homeland. [1] Outside Poland he is known chiefly for his novel, The Manuscript Found in Saragossa . [2]

Jan Potocki was born into the Potocki aristocratic family, that owned vast estates across Poland. He was educated in Geneva and Lausanne, served twice in the Polish Army as a captain of engineers, and spent some time on a galley as novice to the Knights of Malta. His colorful life took him across Europe, Asia and North Africa, where he embroiled himself in political intrigues, flirted with secret societies and contributed to the birth of ethnology – he was one of the first to study the precursors of the Slavic peoples from a linguistic and historical standpoint. [1]

In 1790 he became the first person in Poland to fly in a hot air balloon when he made an ascent over Warsaw with the aeronaut Jean-Pierre Blanchard, an exploit that earned him great public acclaim. He spent some time in France, and upon his return to Poland, he became a known publicist, publishing newspapers and pamphlets, in which he argued for various reforms. [3] He also established in 1788 in Warsaw a publishing house named Drukarnia Wolna (Free Press) as well as the city's first free reading room. His relation with the King Stanisław II August was thorny, as Potocki, while often supportive of the King, on occasion did not shy from his critique. [3] He was highly critical of the Russian ambassador, Otto Magnus von Stackelberg. [3]

Potocki's wealth enabled him to travel extensively about Europe, the Mediterranean and Asia, visiting Italy, Sicily, Malta, the Netherlands, Germany, France, England, Russia, Turkey, Dalmatia, the Balkans, the Caucasus, Spain, Tunisia, Morocco, Egypt, and even Mongolia. He was also one of the first travel writers of the modern era, penning lively accounts of many of his journeys, during which he also undertook extensive historical, linguistic, and ethnographic studies. [1]

Potocki married twice and had five children. His first marriage ended in divorce, and both marriages were the subject of scandalous rumors. In 1812, disillusioned and in poor health, he retired to his estate at Uładówka in Podolia, suffering from "melancholia" (which today would probably be diagnosed as depression), and during the last few years of his life he completed his novel. [1]

Believing he was becoming a werewolf, Potocki committed suicide by fatally shooting himself with a silver bullet that he had had blessed by his village priest in December 1815, at the age of 54. [4]

The Manuscript Found in Saragossa

Potocki's most famous work, originally written in French, is The Manuscript Found in Saragossa (Manuscrit trouvé à Saragosse). It is a frame tale. On account of its rich, interlocking structure, and telescoping story sequences, the novel has drawn comparisons to such celebrated works as the Decameron and the Arabian Nights . [2]

The book's title is explained in the foreword, which is narrated by an unnamed French officer who describes his fortuitous discovery of an intriguing Spanish manuscript during the sack of Zaragoza in 1809, in the course of the Napoleonic Wars. Soon after, the French officer is captured by the Spanish and stripped of his possessions; but a Spanish officer recognizes the manuscript's importance, and during the French officer's captivity the Spaniard translates it for him into French.

The manuscript has been written by a young officer of the Walloon Guard, Alphonse van Worden. In 1739, while en route to Madrid to serve with the Spanish Army, he is diverted into Spain's rugged Sierra Morena region. There, over a period of sixty-six days, he encounters a varied group of characters, including Muslim princesses, Gypsies, outlaws, and cabbalists, who tell him an intertwining series of bizarre, amusing, and fantastic tales which he records in his diary.

Many of the locations described in the tales are real places and regions which Potocki would have visited during his travels, while others are fictionalized accounts of actual places.

While there is still some dispute about the novel's authorship, it is now generally accepted to have indeed been written by Potocki. He began writing it in the 1790s and completed it in 1814, a year before his death, though the novel's structure is thought to have been fully mapped out by 1805.

The novel was never published in its entirety during Potocki's lifetime. A proof edition of the first ten "days" was circulated in Saint Petersburg in 1805, and a second extract was published in Paris in 1813, almost certainly with Potocki's permission. A third publication, combining both earlier extracts, was issued in 1814, but it appears that at the time of his death Potocki had not yet decided on the novel's final form.

Potocki composed the book entirely in the French language. Sections of the original manuscripts were later lost, but have survived in a Polish translation that was made in 1847 by Edmund Chojecki from a complete French copy, now lost.

The most recent and complete French-language version, edited by François Rosset and Dominique Triaire, was published in 2006 in Leuven, Belgium, as part of a critical scholarly edition of the complete works of Potocki. Unlike Radrizzani's 1989 edition of the Manuscript Found in Saragossa, Rosset and Triaire's edition has been based solely on Potocki's French-language manuscripts found in several libraries in France, Poland (in particular, previously unknown autograph pieces that they discovered in Poznań), Spain, and Russia, as well as in the private collection of Potocki's heirs. They identified two versions of the novel: one unfinished, of 1804, published in 1805, and the full version of 1810, which appears to have been completely reconceived in comparison to the 1804 version. Whereas the first version has a lighter, more sceptical tone, the second one tends towards a darker, more religious mood. In view of the differences between the two versions, the 1804 and 1810 versions have been published as two separate books; paperback editions were issued in early 2008 by Flammarion.

The first English-language edition, published in 1995, was a translation of Radrizzani's edition by Oxford scholar Ian Maclean. Potocki's novel became more widely known in the West via the stylish black-and-white film adaptation made in Poland in 1965 as The Saragossa Manuscript (Rękopis znaleziony w Saragossie), directed by renowned filmmaker Wojciech Has and starring Zbigniew Cybulski as Alphonse van Worden.

Modern editions have appeared as follows: 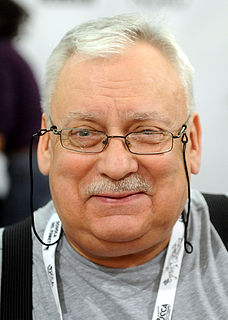 Andrzej Sapkowski is a Polish fantasy writer. He is best known for his book series, The Witcher. His books have been translated into over 20 languages.

One Thousand and One Nights, is a collection of Middle Eastern folk tales compiled in Arabic during the Islamic Golden Age. It is often known in English as the Arabian Nights, from the first English-language edition, which rendered the title as The Arabian Nights' Entertainment. 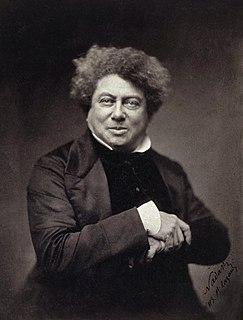 Alexandre Dumas, also known as Alexandre Dumas père, was a French writer. His works have been translated into many languages, and he is one of the most widely read French authors. Many of his historical novels of high adventure were originally published as serials, including The Count of Monte Cristo, The Three Musketeers, Twenty Years After, and The Vicomte of Bragelonne: Ten Years Later. His novels have been adapted since the early twentieth century into nearly 200 films.

This article presents lists of the literary events and publications in 1815.

The Song of Roland is an epic poem based on the Battle of Roncevaux Pass in 778, during the reign of Charlemagne. It is the oldest surviving major work of French literature and exists in various manuscript versions, which testify to its enormous and enduring popularity in the 12th to 14th centuries.

With Fire and Sword is a historical novel by the Polish author Henryk Sienkiewicz, published in 1884. It is the first volume of a series known to Poles as The Trilogy, followed by The Deluge and Fire in the Steppe. The novel has been adapted as a film several times, most recently in 1999. 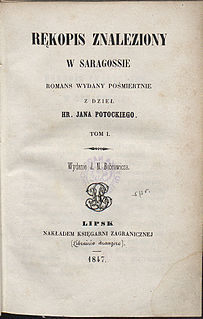 The Manuscript Found in Saragossa is a frame-tale novel written in French at the turn of 18th and 19th centuries by the Polish author Count Jan Potocki (1761–1815). It is narrated from the time of the Napoleonic Wars, and depicts events several decades earlier, during the reign of King Philip V. 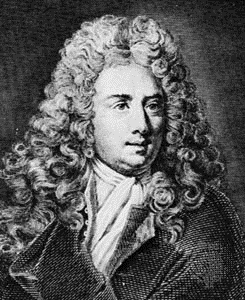 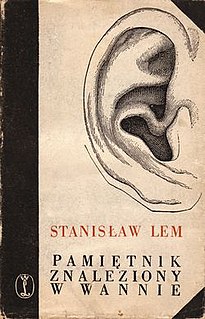 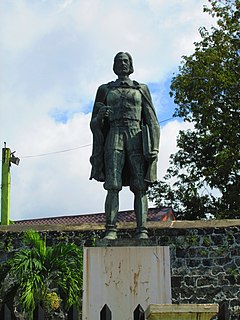 Antonio Pigafetta was an Italian scholar and explorer from the Republic of Venice. He joined the expedition to the Spice Islands led by explorer Ferdinand Magellan under the flag of King Charles I of Spain and, after Magellan's death in the Philippines, the subsequent voyage around the world. During the expedition, he served as Magellan's assistant and kept an accurate journal which later assisted him in translating the Cebuano language. It is the first recorded document concerning the language. 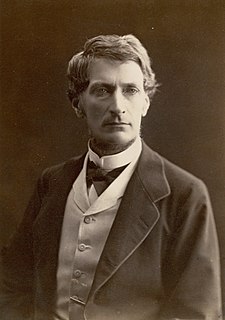 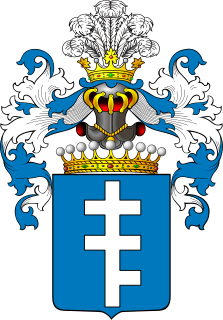 Wacław Potocki was a Polish nobleman (szlachcic), moralist, poet, and writer. He was the podczaszy of Kraków from 1678 to 1685. He is remembered as one of the most important Polish baroque artists. His most famous works are: Transakcja wojny chocimskiej and his collection of epigrams, Ogród fraszek. They give a vivid picture of ideas and manners among the szlachta towards the end of the Polish Golden Age, and of many political and religious conflicts. 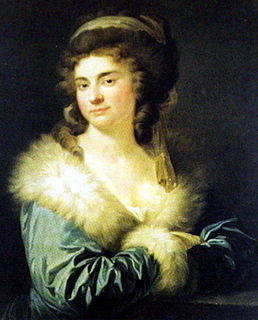 Princess Julia Lubomirska was a Polish noblewoman, known for her love life.

Potocki was one of the prominent Polish noble families in the Kingdom of Poland and magnates of the Polish-Lithuanian Commonwealth. The Potocki family is one of the wealthiest and most powerful aristocratic families that still exist in Poland.

Wojciech Jerzy Has was a Polish film director, screenwriter and film producer. 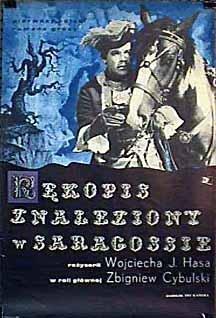 The Saragossa Manuscript is a 1965 Polish film directed by Wojciech Has, based on the 1815 novel The Manuscript Found in Saragossa by Jan Potocki. Set primarily in Spain, it tells a frame story containing gothic, picaresque and erotic elements. In a deserted house during the Napoleonic Wars, two officers from opposing sides find a manuscript, which tells the tale of the Spanish officer's grandfather, Alphonso van Worden. Van Worden travelled in the region many years before, being plagued by evil spirits, and meeting such figures as a Qabalist, a sultan and a gypsy, who tell him further stories, many of which intertwine and interrelate with one another. 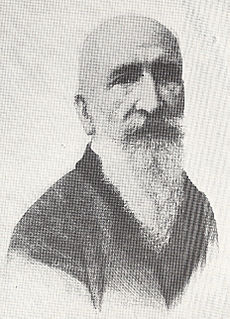 Edmund Franciszek Maurycy Chojecki was a Polish journalist, playwright, novelist, poet and translator. Originally hailing from Warsaw, from 1844 he resided in France, where he wrote under the pen name Charles Edmond. 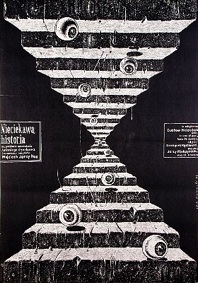 An Uneventful Story is a 1986 Polish film directed by Wojciech Jerzy Has, starring Gustaw Holoubek. The film is an adaptation of a short story by Anton Chekhov and tells the story of a professor of medicine who begins an affair with a young pupil.