The Japan Mint (独立行政法人造幣局, Dokuritsu Gyōsei Hōjin Zōheikyoku) is an Independent Administrative Institution of the Japanese government, responsible for producing and circulating the coins of Japan. The agency has its head office in Osaka with branches in Tokyo and Hiroshima. The Japan Mint does not produce paper money; that responsibility belongs to the National Printing Bureau.

Amongst the first acts of the Meiji government was the establishment of the Imperial Japanese Mint as a constructive step towards modernising Japan's circulating currency. In the early Meiji era, paper currency was initially printed by Dondorf and Naumann in Germany. [1] The European production was inspected and sealed by Banknote Annex Office of the Ministry of Finance. A proposal to construct a banknote manufacturing plant was submitted to Grand Council of State in May 1874; and construction was approved in December of that same year. A two-story Western red brick building was completed in October 1876. [2]

Over the course of decades, the Mint activities have expanded to include the production of Japanese orders (decorations), medals of honor and metallic art objects, the analysis and testing of metal ores and minerals, and the fineness certification of precious metal wares (hallmarking).

The Mint became an Incorporated Administrative Agency on April 1, 2003.

Japan Mint has sought to bring its operations within an ambit proposed by the International Standard for Quality Management System (ISO). 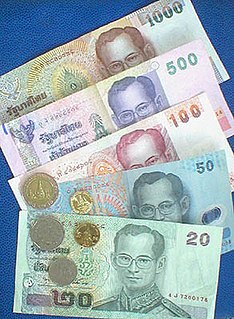 Baht is the official currency of Thailand. It is divided into 100 satang. The issuance of currency is the responsibility of the Bank of Thailand.

The Bank of Japan is the central bank of Japan. The bank is often called Nichigin (日銀) for short. It has its headquarters in Chūō, Tokyo.

The Royal Mint is a government-owned mint that produces coins for the United Kingdom. Operating under the name Royal Mint Ltd, the mint is a limited company that is wholly owned by Her Majesty's Treasury and is under an exclusive contract to supply all the nation's coinage. As well as minting circulating coins for use domestically and internationally, the mint also produces planchets, commemorative coins, various types of medals and precious metal bullion. The mint exports to an average of 60 countries a year, making up 70% of its total sales. Formed over 1,100 years ago, the mint was historically part of a series of mints that became centralised to produce coins for the Kingdom of England, all of Great Britain and eventually most of the British Empire. The original London mint from which the Royal Mint is the successor was established in 886 AD and operated within the Tower of London for approximately 800 years before moving to what is now called Royal Mint Court where it remained until the 1960s. As Britain followed the rest of the world in decimalising its currency, the Mint moved from London to a new 38 acres (15 ha) plant in Llantrisant, Glamorgan, Wales, where it has remained since. 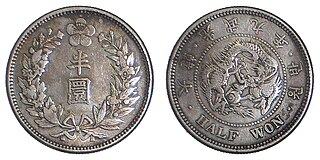 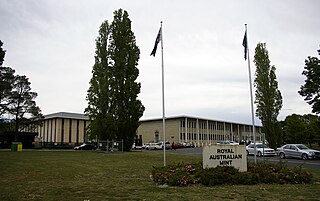 The Royal Australian Mint is the sole producer of all of Australia's circulating coins. Opened in 1965 and situated in the Australian federal capital city of Canberra, in the suburb of Deakin, the Mint is also a very popular tourist destination for visitors and locals alike. 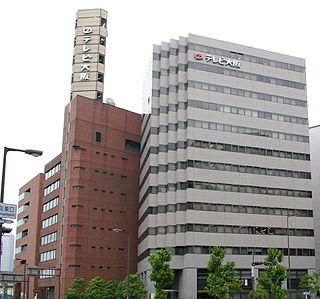 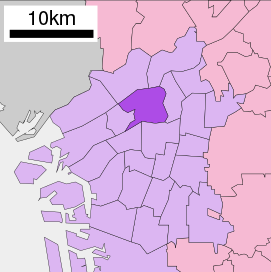 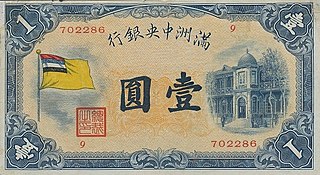 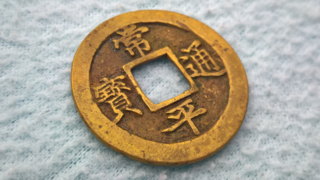 The mun was introduced as the main currency of Korea in 1625 and stayed in use until 1892. Prior to the mun, cash coins with the inscriptions tongbo (通寶) and jungbo (重寶) and silver vases called ŭnbyŏng were used as currency in the Goryeo Dynasty (918–1392), as well as imported Chinese currency. The mun resembled and was derived from the Chinese wén. Coins denominated in mun were cast in copper-alloys such as brass or bronze and were round with square holes. From the 17th century until the end of the 19th century, coins denominated in mun bearing the inscription Sangpyeong Tongbo, introduced in 1633, were the most widely circulated currency. In 1888, coins were struck in small numbers denominated in mun and won. The mun was replaced in 1892 when the yang was introduced.

Japanese currency has a history covering the period from the 8th century AD to the present. After the traditional usage of rice as a currency medium, Japan adopted currency systems and designs from China before developing a separate system of its own.

Korean currency dates back as far as the Goryeo dynasty (918–1392) when the first coins were minted. The coins, cast in both bronze and iron, were called tongbo and jungbo. Additionally, silver vases called ŭnbyŏng were widely used and circulated as a currency among the aristocracy of Goryeo. 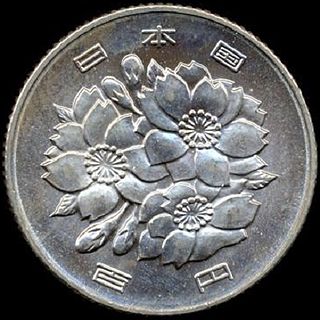 The Security Printing & Minting Corporation of India Ltd. (SPMCIL) is a Mini-Ratna Central Public Sector Enterprise (CPSE). It is a wholly owned by Government of India Schedule "A" Company of the Government of India and was incorporated on 13 January 2006 with its registered office at New Delhi. The Corporation is engaged in the manufacture / production of Currency and Bank Notes, Security Paper, Non-judicial Stamp Papers, Postal Stamps & Stationery, Travel Documents viz., Passport and Visa, Security Certificates, Cheques, Bonds, Warrants, Special Certificates with Security Features, Security Inks, Circulation & Commemorative Coins, Medallions, Refining of Gold, Silver and Assay of Precious Metals, etc. 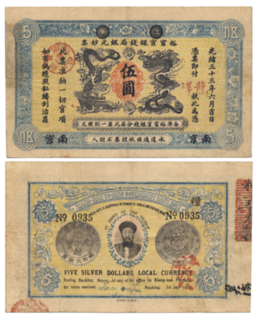 The paper money of the Qing dynasty was periodically used alongside a bimetallic coinage system of copper-alloy cash coins and silver sycees; paper money was used during different periods of Chinese history under the Manchu-led Qing as the Qing had learned from the previous experiences of the Song, Jurchen Jin, Mongol Yuan, and Ming dynasties with paper money where uncontrolled printing lead to hyperinflation. During the youngest days of the Qing dynasty paper money was used but this was quickly abolished as the government sought not to repeat history for a fourth time, however under the reign of the Xianfeng Emperor due to several large wars and rebellions the Qing government was forced to issue paper money again. 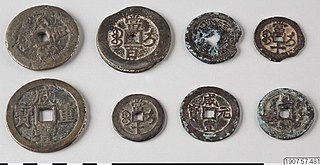