Unique to JR Propo's radios is the company's patented ABC&W technology, or Automatic Blocking Circuit with Window. Simply put, this system rapidly reroutes incoming signals through a series of ever-smaller electronic "windows," effectively blocking out spurious signals which cause radio "glitching". Any signal that does get through the system is filtered before being sent to the servos all without noticeable lag or delay. If the signal is unable to be processed, it is rejected, again without noticeable reaction. 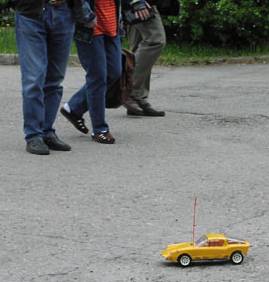 Pulse-position modulation (PPM) is a form of signal modulation in which M message bits are encoded by transmitting a single pulse in one of possible required time shifts. This is repeated every T seconds, such that the transmitted bit rate is bits per second. It is primarily useful for optical communications systems, which tend to have little or no multipath interference. 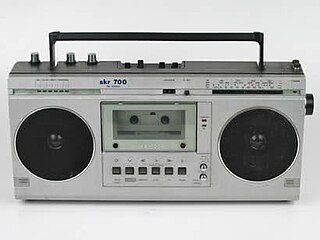 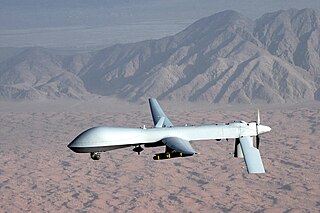 Radio control is the use of control signals transmitted by radio to remotely control a device. Examples of simple radio control systems are garage door openers and keyless entry systems for vehicles, in which a small handheld radio transmitter unlocks or opens doors. Radio control is also used for control of model vehicles from a hand-held radio transmitter. Industrial, military, and scientific research organizations make use of radio-controlled vehicles as well. A rapidly growing application is control of unmanned aerial vehicles for both civilian and military uses, although these have more sophisticated control systems than traditional applications.

In control engineering a servomechanism, sometimes shortened to servo, is an automatic device that uses error-sensing negative feedback to correct the action of a mechanism. On displacement-controlled applications, it usually includes a built-in encoder or other position feedback mechanism to ensure the output is achieving the desired effect.

A radio-controlled helicopter is model aircraft which is distinct from a RC airplane because of the differences in construction, aerodynamics, and flight training. Several basic designs of RC helicopters exist, of which some are more maneuverable than others. The more maneuverable designs are often harder to fly, but benefit from greater aerobatic capabilities.

The Atari 2700 was a prototype home video game console that was developed by Atari, Inc. to be a wirelessly controlled version of Atari's popular Atari 2600 system. Intended for release in 1981, the 2700 was one of several planned follow-ups to the 2600, but the system was never put into full production. While It is unclear how many of these systems exist, former Atari employee Dan Kramer has stated that at least 12 consoles were made, plus extra controllers.

Consumer IR, consumer infrared, or CIR is a class of devices employing the infrared portion of the electromagnetic spectrum for wireless communications. CIR ports are commonly found in consumer electronics devices such as television remote controls, PDAs, laptops, and computers.

The MineCam is a remote exploration camera built by I.A.Recordings. It is used for mine shaft exploration and other similar environments. It was originally conceptualized in 1988, and since went under several design revisions. The name MineCam, is a pun on MiniCam, an early hand-held broadcast camera built by CBS Laboratories.

Servo control is achieved by sending a servo a PWM signal, a series of repeating pulses of variable width where either the width of the pulse or the duty cycle of a pulse train determines the position to be achieved by the servo. The PWM signal might come from a radio control receiver to the servo or from common microcontrollers such as the Arduino. 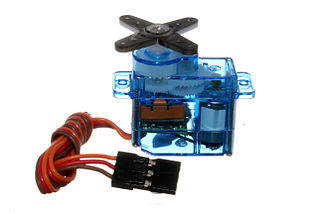 Servos are small, cheap, mass-produced servomotors or other actuators used for radio control and small-scale robotics.