JTSB is a joint venture between Resona Bank and Sumitomo Mitsui Trust Holdings, and acts as a subcontracted trustee for both banks to hold their customers' assets, which include pension fund and investment trust assets. [2] Its main competitors are The Master Trust Bank of Japan (controlled by Mitsubishi UFJ Financial Group and Nippon Life Insurance) and Trust & Custody Services Bank (controlled by Mizuho Financial Group).

JTSB was established on June 20, 2000 by Daiwa Bank and Sumitomo Trust & Banking Co., Ltd. and began operations on July 25, 2000. Sumitomo Trust transferred part of its trust business and other assets to JTSB in October 2000, and Daiwa followed suit in June 2001. The Mitsui Trust Financial Group invested in JTSB in 2002 and transferred some of its trust operations to JTSB in 2003. [1]

In 2014, Toyota announced the establishment of a foundation to support development and environmental protection in the automotive industry, which was to be funded by dividends from a pool of 30 million Toyota shares sold to JTSB for one yen per share. [5] 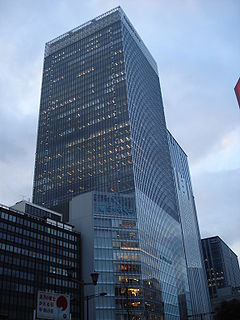 Daiwa Securities Group Inc. is a Japanese investment bank that is the second largest securities brokerage after Nomura Securities. 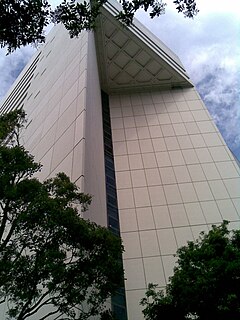 Eiji Hosoya was a Japanese businessman who served as the chairman of Resona Holdings, Japan's fifth largest bank by market share, from 2003 until his death in 2012. Hosoya was appointed Chairman of Resona in May 2003, is credited with leading Resona's revitalization in the wake of a 2003 taxpayer-funded bailout from the government for 1.96 trillion yen.