Ježek was born in the Prague quarter of Žižkov to the family of a tailor. He was almost blind from a young age. He studied composition at the Prague Conservatory as a pupil of Karel Boleslav Jirák (1924–1927), at the master school of composition with Josef Suk (1927–1930), and shortly also with Alois Hába (1927–1928). Ježek met the playwrights/comedians Jan Werich and Jiří Voskovec (aka George Voskovec), leaders of the Osvobozené divadlo (Prague Liberated Theatre) in Prague, and took up the post of main composer and conductor for the theatre. During the next decade (from 1928 to 1939), he composed incidental music, songs, dances, and ballets for the comic and satirical plays of Voskovec and Werich. In 1934 he became a member of Czech Group of Surrealists. Forced to leave Czechoslovakia following the Nazi occupation, Ježek, Voskovec and Werich went into exile in New York City. He worked as a piano teacher and choirmaster there, and continued to work with Voskovec and Werich. In 1942, the long-ill Ježek died of chronic kidney disease in New York. On December 29, 1941, three days before his death, Ježek married Frances Bečáková.

He collaborated with many avant-garde artists of pre-war Czechoslovakia, such as Vítězslav Nezval and E. F. Burian.

His musical output is commonly divided into two parts. [1] The first part of his work consists of chamber, piano and concertant compositions, created first under the influence of Stravinsky, of the Parisian Les Six and of Arnold Schönberg. Later he found his own, specific and modern expression. He also became a popular jazz composer in pre-war Czechoslovakia. He composed songs and dances for the revue plays of the Prague Free Theatre (The Ass and the Shadow, Caesar, The Headsman and the Fool e.g.) and also for the films of Voskovec and Werich (Powder and Petrol, The World Is Ours, Heave Ho!). His innovative melodies are well known in the Czech Republic to this day. Ježek was also evidently fascinated by American jazz. Between 1929 and 1936, possibly earlier, he organized and conducted an orchestra featuring his original jazz compositions and arrangements. Billed variously as "Ježek's Jazz" and "Ježkův swingband" they recorded for the Czech Ultraphon label, making some of the most original music in Europe. A few of these recordings deserve special mention. "Bugatti Step" (1930; Ultraphone A10166) is an up-tempo number for piano and jazz orchestra, enjoying enduring popularity as a hot jazz piano solo. "Teď ještě ne" (Not Yet) (1931; Ultraphon A10217) is rousing dance music in the Jean Goldkette or Coon-Sanders' Nighthawks style. "Rubbish Heap Blues" (1937; Ultraphon A11421) shows that Ježek not only listened to Duke Ellington's records, but was keeping up with Duke's very latest work. "Rubbish Heap" features a Johnny Hodges-like alto sax and a Cootie Williams-like growl trumpet, plus a three-trombone section to complement the three trumpets. Ježek's composition titled simply "Polonaisa" (1931; Ultraphon A10355) is a traditional Polonaise clothed in modern instrumentation, harmony and textures. It is as if Chopin and Gershwin had collaborated, the Polish dance rhythms mingling easily with hot syncopation. Ježek also turned the boys loose in records of his arrangements of well-known hot jazz standards, such as "Tiger Rag," "Dinah" and "Chinatown, My Chinatown." These recordings, very few of which could have survived the Nazi occupation and World War II, are almost completely unknown, at least in the United States.

A seven-volume CD retrospective of Voskovec and Werich's work for the Liberated Theater (1929–1938) containing the items mentioned above and dozens of others was issued by the Czech Supraphon label in 1994 (and reissued in 2007).

Karel Ančerl was a Czechoslovak conductor, renowned especially for his performances of contemporary music and for his interpretations of music by Czech composers.

Jan Werich was a Czech actor, playwright and writer.

Erwin Schulhoff was a Czech composer and pianist. He was one of the figures in the generation of European musicians whose successful careers were prematurely terminated by the rise of the Nazi regime in Germany and whose works have been rarely noted or performed. 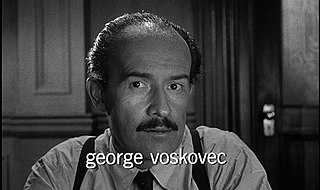 Jiří Voskovec, born Jiří Wachsmann and known in the United States as George Voskovec was a Czech actor, writer, dramatist, and director who became an American citizen in 1955. Throughout much of his career he was associated with actor and playwright Jan Werich. In the U.S., he is best known for his role as the 11th juror in the 1957 film 12 Angry Men. 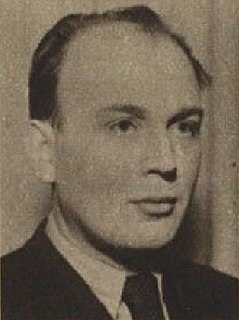 Václav Trojan was a Czech composer of classical music best known for his film scores. Trojan studied composition at the Prague Conservatory under Jaroslav Křička and Otakar Ostrčil from 1923 to 1927. He continued his studies in the composition masterclasses of Alois Hába, Josef Suk and Vítězslav Novák until 1929. A composer and arranger of dance and jazz music in the 1930s, he was a music director for Radio Prague from 1937 to 1945. After the end of World War II, Trojan composed most frequently for film, stage and radio, and developed a close association with director Jiří Trnka, earning international fame for his music for Trnka's popular animated puppet films. Trojan's music is mostly written in a neo-classical style, and he often drew inspiration from the traditions of Czech folk music. In 1940 he was given the Czech National Prize for his remarkable children’s opera Kolotoč, and in 1960 the K. Gottwald State Prize for his music for Sen noci svatojánské.

Karel Reiner was a Czech composer and pianist, persecuted by Nazis as a Jew and by communists as a formalist, but he was member of communist party to 1968. He was the only classical composer to survive the concentration camp in Theresienstadt. 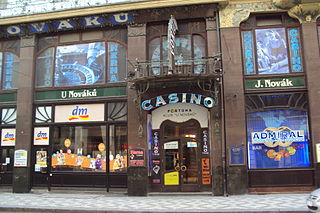 Osvobozené divadlo (1926–1938) was a Prague avant-garde theatre scene founded as the theatre section of an association of Czech avant-garde artists Devětsil (Butterbur) in 1926. The theatre's beginnings were strongly influenced by Dadaism and Futurism, later by Poetism. The theatre was very leftist oriented, but it could also be critical of the Communists. One of the founders, Jiří Frejka, came up with the name in 1926. In the theatre both authorial plays and works by well-established modern authors; such as G. Apollinaire, A. Jarry, J. Cocteau, A. Breton, F. T. Marinetti, and V. Nezval were performed. The modern conception of the scene also laid more emphasis on lighting and the theatrical conception adjured more cooperation and contacts between actors and audience. 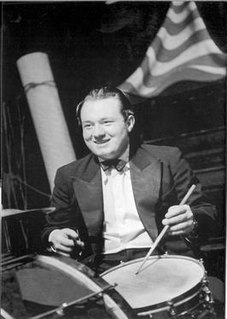 Jan Rychlík was a Czech composer and music theorist. He was one of the most important exponents of the Czech New Music in the 1950s and 1960s.

Jaroslav Kvapil was a Czech composer, teacher, conductor and pianist.

Těžká Barbora is a Czech satirical play directed against the rising power of the Nazi régime. It was premiéred on 5 November, 1937 at Osvobozené divadlo in Prague. The comedians Jan Werich and Jiří Voskovec appeared in the main roles, Jaroslav Ježek created the music.

Ondřej Havelka and his Melody Makers or simply The Melody Makers, is a Czech retro-band, playing American "jazz standards" and Central European jazz and swing music of the 1920s and 1930s. Carefully studied renditions of the original recordings are interspersed with solos improvised in a style authentic to the period. They are one of very few European big band formations in continual existence over more than a decade, and have been a considerable presence on the swing scene of post-Communist Central Europe. 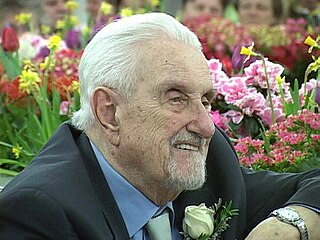 Jiří "George" Traxler was a Czech Canadian jazz and swing pianist, composer, lyricist and arranger. He is considered a founder and co-creator of the swing music era in the Czechoslovakia. Traxler was the last surviving collaborator of the renowned Czech pre-war composer Jaroslav Ježek. In 1951 he emigrated to Canada, and lived with his wife, Jarmila, in Edmonton until his death in the summer of 2011. 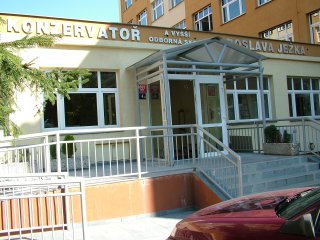 Theodor Schaefer was a Czech composer and pedagogue. 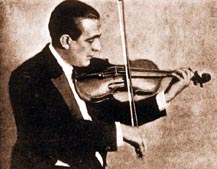 Adolf Dauber was a jazz violinist, bandleader, composer and music arranger of Jewish origin, who was active in the first half of the 20th century in Central Europe, mainly in Austria, Czechoslovakia and Germany. During his career, he collaborated with international jazz personalities, led numerous orchestras and ensembles, and created music for several films. 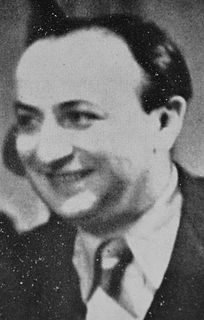