Jason and the Heroes of Mount Olympus

Ownership of the series passed to Disney in 2001 when Disney acquired Fox Kids Worldwide, which also includes Saban Entertainment. But the series is not available on Disney+. [1] [2] [3]

Jason is a twelve-year-old with fantasies of becoming a hero just like those in the mythological battles of the Ancient World. He is in for a surprise as his dreams become a reality when he climbs to the top of Mount Olympus and fulfills an ancient prophecy, turning Jason into the “chosen one”. Jupiter, King of the Immortals, gives him the Belt of Orion which allows him to exist on Mount Olympus and gives him control of the universe. The evil Dracchus seeks the all-powerful amulet and it is up to Jason to keep the belt and save Mount Olympus!

Hercules: The Legendary Journeys is an American television series filmed in New Zealand, based on the tales of the classical Greek culture hero Heracles. Starring Kevin Sorbo as Hercules and Michael Hurst as Iolaus, it was produced from January 16, 1995, to November 22, 1999. It ran for six seasons, producing action figures and other memorabilia as it became one of the highest-rated syndicated television shows in the world at that time. It has aired on Once Channel, Sky1, five/5, Heroes & Icons, and Horror.

Saban's Tenko and the Guardians of the Magic is an American animated television series that was produced by Saban Entertainment. It centers on the fictional adventures of Japanese real-life magician Princess Tenko, Mariko Itakura. After each episode, she would appear in a live-action segment to perform an illusion or do her "Teach-A-Trick," a segment that teaches the audience a simple magic trick they could perform at home. The show failed to attract an audience and production was cancelled after a single season. 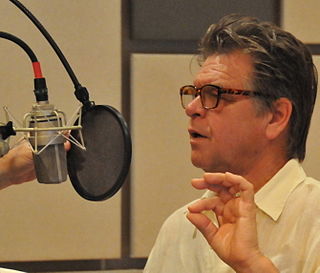 ABC Family Worldwide is a subsidiary of Walt Disney Television that is responsible for the operations of the U.S. cable network Freeform. 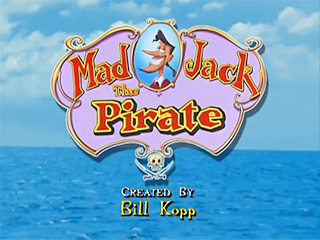 Mad Jack the Pirate is an American animated comedy-adventure television series. The show was created by Bill Kopp and was directed by Jeff DeGrandis. On American television, the show was broadcast on Fox Kids. Ownership of the series passed to Disney in 2001 when Disney acquired Fox Kids Worldwide, which also includes Saban Entertainment. But the series is not available on Disney+.

Heracles, also known as Hercules, is a Greek and Roman mythological hero known for his strength and far-ranging adventures. He is one of the most commonly portrayed figures from classical mythology in the popular culture of the 20th and 21st centuries.

Red Planet is a 1994 animated miniseries created by Gunther-Wahl Productions. It was adapted from the 1949 Robert A. Heinlein novel of the same name, with the teleplay written by Julia Lewald. The miniseries had three half-hour episodes.

Piggsburg Pigs! is a Fox Kids animated comedy series from Ruby-Spears Productions, which originally aired in 1990.

Saban's Xyber 9: New Dawn is an American animated television series produced by Bokabi and Saban Entertainment. It originally debuted on the Fox Kids network on September 25, 1999. Only 10 episodes aired before it was cancelled on December 4, 1999. Soon after, it was aired in its entirety on Irish television network RTÉ Two from 2 July to August 2001. Six years later, it appeared on Toon Disney as part of the channel's Jetix line up. In addition to re-airing the first 10 episodes, the remaining 12 episodes aired from February 24, 2007, through April 8, 2007, although these episodes were made in 2000.

Saban's Adventures of Oliver Twist is an animated series created by Saban Entertainment. It was aired from 1 February 1996 to 12 February 1997 through First-run syndication, totaling 52 episodes. The series began airing in France on TF1 on September 1, 1997.

The familiar name and large size of the Titans have made them dramatic figures suited to market-oriented popular culture.

Zazoo U is an American animated television series that aired on Fox Children's Network block on Saturday mornings from September 8 to December 8, 1990. The show was created by children's author Shane DeRolf.

SIP Animation was a French animation studio, and a former subsidiary of Saban Entertainment. By 2009, the company had produced over 390 hours of animated content.

The Blood of Olympus is an American fantasy-adventure novel written by Rick Riordan, based on Greek and Roman mythology. It was released on October 7, 2014, is the fifth and final novel in The Heroes of Olympus series. It is followed by The Hidden Oracle of The Trials of Apollo.