Jazz Journal is a British jazz magazine established in 1946 by Sinclair Traill (1904–1981). It was first published in London under the title Pick Up, which Traill founded as a locus for serious jazz criticism in Britain. [1] In May 1948, Traill, using his own money, relaunched it as Jazz Journal. [1] Traill, for the rest of his life, served as its editor-in-chief. [2] [3] [4] Jazz Journal is Britain's longest published jazz magazine. [5]

JJI was presumed to have ceased publication in January 2009, after the death on 23 January 2009 of the publisher's wife and associate editor, Janet Cook. Eddie Cook, who had been publisher and editor-in-chief of JJI since 1978, wrote to JJI readers that, following the death of his wife, publication of the magazine would cease, and that the magazine was seeking a new owner. In April 2009, JJI's holding company, which at the time was Jazz Journal Publishing, absorbed a rival magazine, Jazz Review . Jazz Review, originally a monthly, had been published every two months and was owned by Direct Music Limited of Edinburgh, Scotland, who wished to end their publishing interests. Jazz Journal was absorbed into JJI and first published as such in May 2009 under Mark Gilbert (born 1955) [7] – the last editor of Jazz Review, stepping in as editor of the new Jazz Journal. [8] Gilbert had served as deputy editor of JJI from 1981 to 1999.

The December 2018 issue was the last print edition of Jazz Journal before the magazine moved entirely online from 19 January 2019, at https://jazzjournal.co.uk. A publisher statement explaining the move said:

"The new Jazz Journal website continues the tradition of the print edition and will develop over time an archive holding material from the last seven decades of publication. Initially, at least, it will be a free to view service.

"As well as enabling JJ to communicate to a wider readership, the online format, in comparison to the print edition, allows for faster publication of news and reviews, links to relevant sources, social media interaction and ready site search for favourite players, recordings, compositions, articles, etcetera. It is expected that the archive, combined with new material and functionality across desktop, tablet and mobile, will create an unparalleled resource for jazz fans, students and researchers.

"With the same team of writers, Jazz Journal expects to maintain a lot of the old character in the new format". 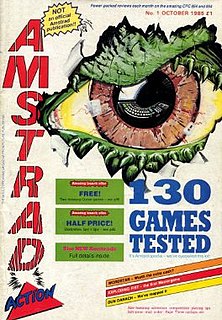 A vanity press or vanity publisher, sometimes also subsidy publisher, is a publishing house which authors pay to have their books published. Where mainstream publishers aim to sell enough copies of a book to cover their own costs, and typically reject a majority of the books submitted to them, a vanity press will usually publish any book for which an author is willing to pay their fees. Professionals working in the publishing industry make a clear distinction between vanity publishing and self-publishing, which has a long and distinguished history. 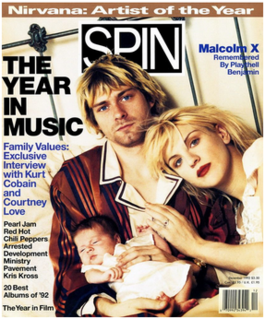 Spin was an American music magazine founded in 1985 by publisher Bob Guccione, Jr. The magazine stopped running in print in 2012 and currently runs as a webzine, owned by NEXT Management. 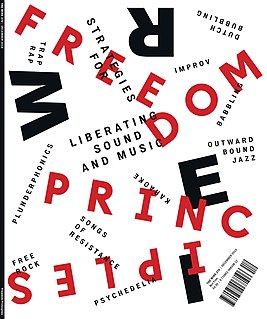 British small press comics, once known as stripzines, are comic books self-published by amateur cartoonists and comic book creators, usually in short print runs, in the UK. They're comparable to similar movements internationally, such as American minicomics and Japanese doujinshi. A "small press comic" is essentially a zine composed predominantly of comic strips. The term emerged in the early 1980s to distinguish them from zines about comics. Notable artists who have had their start in British small press comics include Eddie Campbell, Paul Grist, Rian Hughes, Jamie Hewlett, Alan Martin, Philip Bond and Andi Watson.

Musics was a music-related magazine that was published from 1975 to 1979. 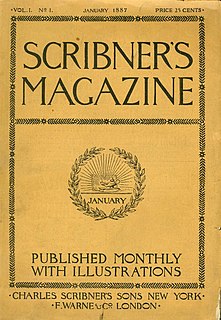 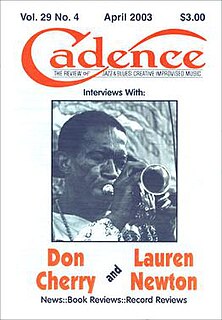 Cadence: The Independent Journal of Creative Improvised Music is a quarterly review of jazz, blues and improvised music. The magazine covers a range of styles, from early jazz and blues to the avant-garde. Critic and historian Bob Rusch founded the magazine as a monthly in 1976 and served as publisher and coordinating editor through 2011. Musician David Haney became editor and publisher in 2012.

Blues & Soul is a British music magazine, established in 1967 by John Abbey. The Independent has noted Blues & Soul as being the equal of magazines such as NME and Q. Billboard magazine has called Blues & Soul "a respected publication."

The Music Trades is a 131-year-old American trade magazine that covers a broad spectrum of music and music commerce, domestically and abroad. The magazine was founded in New York City in 1890 and, since the mid-1970s, has been based in Englewood, New Jersey. The Music Trades is one of the longest-running, without interruption, trade publications in the world. The January 2022 issue — Vol. 169, No. 12 — is approximately the three thousand one hundred and fifth issue. A controlling ownership over the last 92 years — seventy percent of the publication's total age — has been held by three generations of the Majeski family, making it among the few current publications of any ilk that has been closely held by a single family for as long a period.

Eric Sinclair Traill was a British publisher, chief editor, and music critic of jazz. His career began in 1946, when he launched Pick Up as a locus for serious jazz criticism in Britain. In May 1948, Traill, using his own money, founded Jazz Journal and, for the rest of his life, served as its editor in chief. Jazz historian Roberta Schwartz states that Jazz Journal was not a new publication, but rather a name change for Pick Up.

Chas. H. Hansen Music Corp. was an American music publisher founded by Charles Henry Hansen (1913–1995) in 1952 and incorporated in New York. Its music covered a broad spectrum of genres that included classical, jazz, folk, rock, country, popular, educational — and music text books. For Beatles fans, the firm was widely known for having been the sole U.S. publisher and distributor of Beatles sheet music, beginning 1966. By the 1980s, Hansen Music ventured away from the pop field, focusing on classics and jazz method books. The firm, in 1980, was also operating 7 retail sheet music stores — two in San Francisco, three in Seattle, and two in Las Vegas. The name — Charles Hansen Music & Books, Inc. — became inactive in 1991. Hansen House Music Publishers — a Florida registered fictitious name of Hansen Publications, Inc. — became inactive December 31, 2009. The Hansen House web page is now inactive, listed as being "parked" by the GoDaddy domain registrar. The internet archive at https://web.archive.org has their latest snapshot of this website being active as in September 2013; contact person listed on earlier versions was Ramon Duran. The larger part of the Charles Hansen catalog was acquired by Warner Brothers Publications, then subsequently sold to Alfred Publications. According to Billboard in 1972, Wometco, headed by Mitchell Wolfson, had a pending offer to acquire Hansen, retaining Hansen and his staff.