Jean was the eldest son of Grand Duchess Charlotte and Prince Felix. Jean's primary education was initially in Luxembourg, before attending Ampleforth College in England. In 1938, he was officially named Hereditary Grand Duke as heir to the throne of Luxembourg. While Luxembourg was occupied by Germans during the Second World War, the grand ducal family was abroad in exile. Jean studied at the Université Laval in Quebec City. Jean later volunteered to join the British army's Irish Guards in 1942, and after graduating from the Royal Military Academy Sandhurst, received his commission in 1943. He participated in the Normandy landings and the Battle for Caen, and joined the Allied forces in the liberation of Luxembourg. From 1984 until 2000, he was colonel of the Irish Guards.

On 9 April 1953, Jean married Princess Joséphine Charlotte of Belgium with whom he had five children. On 12 November 1964, Grand Duchess Charlotte abdicated and Jean succeeded her as Grand Duke of Luxembourg. He then reigned for 36 years before he himself abdicated on 7 October 2000 and was succeeded by his son, Grand Duke Henri.

Jean was born on 5 January 1921, [1] at Berg Castle, in central Luxembourg, the son of Grand Duchess Charlotte and of Prince Félix. Among his godparents was Pope Benedict XV, who gave him his second name. [2] He attended primary school in Luxembourg, where he continued the initial stage of secondary education. He completed secondary school at Ampleforth College, a Roman Catholic boarding school in the United Kingdom. Upon reaching maturity, on 5 January 1939 he was styled 'Hereditary Grand Duke', recognising his status as heir apparent. [3]

On 10 May 1940, Germany invaded Luxembourg, beginning a four-year occupation. Having been warned of an imminent invasion, the Grand Ducal Family escaped the previous night. At first, they sought refuge in Paris, before fleeing France only weeks later. The Grand Ducal Family sought refuge in the United States, renting an estate in Brookville, New York. Jean studied Law and Political Science at Université Laval, Quebec City. [4]

He joined the British Army as a volunteer in the Irish Guards in November 1942. [4] After receiving officer training at the Royal Military College at Sandhurst, [4] Jean was commissioned as a lieutenant on 30 July 1943, [5] before being promoted to captain in 1944. He landed in Normandy on 11 June 1944, and took part in the Battle for Caen and the liberation of Brussels. [4] On 10 September 1944, he took part in the liberation of Luxembourg before moving on to Arnhem and the invasion of Germany. [4] He relinquished his commission in the British Army on 26 June 1947. [6] From 1984 until his abdication, he served as Colonel of the Regiment of the Irish Guards, [4] often riding in uniform behind Queen Elizabeth II during the Trooping the Colour. [7]

Jean was named Lieutenant-Representative of the Grand Duchess on 28 April 1961. [4] He became Grand Duke when his mother, Grand Duchess Charlotte, abdicated on 12 November 1964. [8] The same day, he was made a General of the Armed Forces of Luxembourg. [4]

From the beginning of his reign, Grand Duke Jean's priorities included the well-being of his people and the completion of European unity. In the words of President Georges Pompidou of France, "If Europe had to choose a hereditary president, it would certainly be the Grand Duke of Luxembourg.". Indeed, during his reign Grand Duke Jean saw Luxembourg transformed from a minor industrial contributor into an international financial centre. [9] [10] In 1986, he was honoured with the Charlemagne Prize in Aachen for his efforts towards European integration. [10]

The Grand Duke's reign was one of the most prosperous periods in the history of the Grand Duchy of Luxembourg. The degree of stability in the country's politics, economy and social life was without precedent, thanks in part to the influence of the Grand Duke and his wife. [11] He abdicated on 7 October 2000, and was succeeded on the throne by his son Henri. [4]

Luxembourg's museum of modern art Mudam was officially named "Musée d'Art Moderne Grand-Duc Jean" to commemorate his reign which lasted 36 years. [12] It was inaugurated in his presence in July 2006. [13]

In the summer of 2002, Grand Duke Jean and Grand Duchess Joséphine Charlotte took up residence at Fischbach Castle. After his wife died in January 2005, the Grand Duke continued to live there alone. [14] On 27 December 2016, Grand Duke Jean was hospitalized due to bronchitis and was discharged from hospital on 4 January 2017, a day before he celebrated his 96th birthday. [15]

His funeral was held on Saturday, 4 May at the Notre-Dame Cathedral, Luxembourg [19] after a period of mourning of 12 days. [20]

Jean-Claude Juncker, president of the European Commission and former prime-minister of Luxembourg, described Jean's death as "a great loss for the Grand Duchy and for Europe". He added, "Like all the people of Luxembourg, I had great esteem for this man of commitment, kindness and courage." [19]

Luxembourg's prime-minister, Xavier Bettel, alluded to his service in the Second World War: "Grand Duke Jean fought for our freedom, for our independence and for the unity of our country and we will always be grateful. A family man left us today. A great statesman, a hero, an example – and a very beloved and gracious man." [19]

Tributes followed from the Belgian royal family, commenting "His courage, his dignity and his high sense of duty will remain as an example... The whole of Belgium shares the grief of the Luxembourg people" [21]

In their tribute, the Dutch royal family mentioned "the friendship and warmth he radiated", adding "With his thoughtfulness and humanity, he added to calm and confidence in his country and Europe." [21]

In the tribute from the Romanian Royal Family via a post on their websites, they mentioned that “The entire Royal Family of Romania is alongside the Grand Duchy of Luxembourg in these sad and painful moments”; also written was their very close relations (via Queen Anne who was a paternal first cousin of his) as well as “a lifetime of friendship”; the head of the family, Crown Princess Margareta, sent a letter of condolences to her cousin, Grand Duke Henri [22]

The president of the International Olympic Committee Thomas Bach paid tribute to Grand Duke Jean who had joined the IOC in 1946 and had been an honorary member since 1998. "He was always a very calm and well-balanced person who was highly respected by the entire Olympic Movement because of his integrity... The IOC will always hold him in the highest honour and with the greatest respect." [23]

In October 1952, Jean was officially engaged to Princess Joséphine Charlotte of Belgium, the only daughter of King Leopold III of the Belgians and his first wife, Princess Astrid of Sweden. There had been speculation that the marriage was arranged to improve relations between Luxembourg and Belgium but it soon became apparent that a love match was blooming between two longtime friends. [24]

They were married in Luxembourg on 9 April 1953, first in the Hall of Ceremonies at the Grand Ducal Palace, later in Luxembourg's Notre-Dame Cathedral. [25] The marriage put an end to the tensions between Luxembourg and Belgium which arose from 1918 to 1920 when there had been a threat of annexation. [13] The couple had five children, 22 grandchildren and 15 great-grandchildren: [26]

His full title was "by the Grace of God, Grand Duke of Luxembourg, Duke of Nassau, Count Palatine of the Rhine, Count of Sayn, Königstein, Katzenelnbogen and Diez, Burgrave of Hammerstein, Lord of Mahlberg, Wiesbaden, Idstein, Merenberg, Limburg and Eppstein."

Jean renounced the titles of the House of Bourbon-Parma for himself and his family in 1986. [33] This decree was however repealed by another decree on 21 September 1995. [34]

The Arrêté Grand-Ducal (Grand Ducal decree) of 21 September 1995 established that the title of Prince/Princesse de Luxembourg is reserved for the children of the sovereign and the heir to the throne. It also stated that the descendants in male lineage of the sovereign should be styled as Royal Highnesses and titled Prince/Princess of Nassau and that the descendants of unapproved marriages should be styled as Count/Countess of Nassau. [35] [36]

Henri is the Grand Duke of Luxembourg, reigning since 7 October 2000. He is the eldest son of Grand Duke Jean and Princess Joséphine-Charlotte of Belgium, and a first cousin of King Philippe of Belgium. 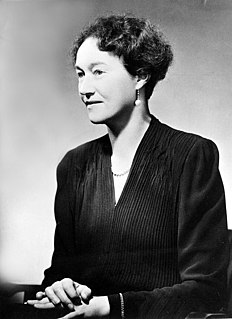 Charlotte reigned as Grand Duchess of Luxembourg from 1919 until her abdication in 1964.

Guillaume, Hereditary Grand Duke of Luxembourg, has been heir apparent to the crown of Luxembourg since his father's accession in 2000. 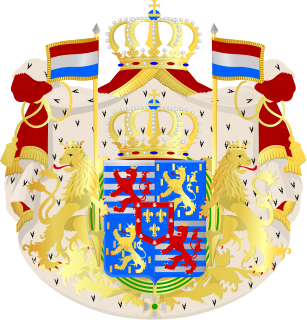 Prince Félix of Luxembourg is the second son of Grand Duke Henri and Grand Duchess Maria Teresa. He is currently third in the line of succession.

Prince Louis of Luxembourg is the third son of the Grand Duke Henri and Grand Duchess Maria Teresa of Luxembourg.

Princess Alexandra of Luxembourg is the fourth child and only daughter of Grand Duke Henri and Grand Duchess Maria Teresa. She has three older brothers: Hereditary Grand Duke Guillaume, Prince Félix, and Prince Louis, and one younger: Prince Sébastien.

The Order of the Oak Crown is an order of the Grand Duchy of Luxembourg.

Prince Sébastien of Luxembourg is the fifth and youngest child of Grand Duke Henri and Grand Duchess Maria Teresa. 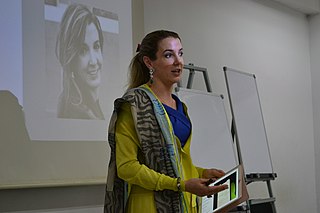 Prince Jean of Luxembourg, the second son of Jean, Grand Duke of Luxembourg and Princess Joséphine-Charlotte of Belgium. He is the twin brother of Princess Margaretha. He frequently goes by the name of Jean Nassau. 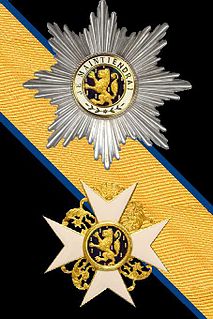 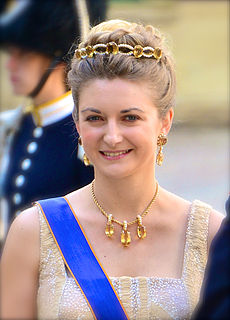