Jean-Louis Pons (24 December 1761 –14 October 1831) was a French astronomer. [1] Despite humble beginnings and being self-taught, he went on to become the greatest visual comet discoverer of all time: between 1801 and 1827 Pons discovered thirty-seven comets, more than any other person in history.

Pons worked at three observatories in his career, Marseille Observatory, where he was also trained, a short-lived observatory at Royal Park La Marlia in Tuscany, and finally at an observatory in Florence. [2]

Pons's work supported some famous comet recoveries of the 19th century, including Encke's Comet and Crommelin's Comet. However, most of the comets he discovered had parabolic orbits and would not return for a time as long as several millennia.

Pons was born in Peyre, Hautes-Alpes, to a poor family; he received little formal education. In 1789, he began working for the Marseille Observatory as a caretaker, and gradually gained some experience in assisting the astronomers with observations. He learned to make observations himself, showing a remarkable ability to remember star fields and note changes in them. [1]

In his early astronomical career, the unassuming and trusting Pons was often the target of jokes perpetrated by more experienced astronomers. Franz Xaver von Zach once advised him to look for comets when sunspots were visible, though in doing so Zach may have inadvertently given Pons very good advice. [3]

Career as an astronomer

Pons made his first comet discovery, jointly attributed to Charles Messier, on 11 July 1801. [1] He appears to have used telescopes and lenses of his own design; his "Grand Chercheur" ("Great Seeker") seems to have been an instrument with large aperture and short focal length, similar to a "comet seeker". [2] However, he was not an especially diligent recorder of his observations, and his notes were often extremely vague. [2] However, he found approximately 75% of all comets in this period. [2]

In 1813 he gained the position of Assistant Astronomer at Marseille Observatory. [2]

In 1819, Pons became the director of the new observatory at Marlia near Lucca, which he left in 1825 to teach astronomy at La Specola, in Florence. Around that time he accepted the opportunity to become Director of the Florence Observatory at the request of the Grand Duke of Tuscany. [1]

He discovered five periodic comets, three of which, 7P/Pons–Winnecke, 12P/Pons–Brooks and 273P/Pons–Gambart, bear his name. One observed on 26 November 1818 was named Comet Encke (now 2P/Enke) after Johann Franz Encke, who calculated its orbit and its remarkably short (3.3 y) period (Encke, however, continued to refer to the comet as "Pons's Comet" or "Comet of Pons" [2] ). Pons also co-discovered the comet formerly known as "Pons–Coggia–Winnecke–Forbes" and today known as 27P/Crommelin after Andrew Crommelin, who calculated its orbit.

Pons received the French Academy of Sciences's Lalande Prize in 1818 for his discovery of three comets in that year. He won it again in 1820 (jointly with Joseph Nicollet) for further comet discoveries at Marlia and for an unmatched third time in 1827 (jointly with Jean-Félix Adolphe Gambart) for discovering another seven comets at the Florence observatory. [1]

By 1827, Pons's eyesight had begun to fail, and he retired from observing altogether shortly before his death, on 14 October 1831. In his honour, a moon crater was named after him. [4]

Pons is noted for discovering 37 comets in the early 1800s. [2] As of 1960 this was recognized as the greatest number of comets discovered by a single person. [2]

Of the 37, 28 were determined to have parabolic orbits, and three did not have enough observation to determine an orbit. [2] However, many of his discoveries fueled the discovery or recovery of what were later recognized as periodic comets, including Comet Pons-Brook and Comet Pons-Winnecke. [2]

Johann Franz Encke was a German astronomer. Among his activities, he worked on the calculation of the periods of comets and asteroids, measured the distance from the earth to the sun, and made observations of the planet Saturn. 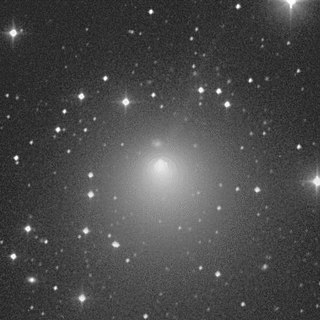 Comet Encke or Encke's Comet is a periodic comet that completes an orbit of the Sun once every 3.3 years. Encke was first recorded by Pierre Méchain on 17 January 1786, but it was not recognized as a periodic comet until 1819 when its orbit was computed by Johann Franz Encke. Like Halley's Comet, it is unusual in its being named after the calculator of its orbit rather than its discoverer. Like most comets, it has a very low albedo, reflecting only 4.6% of the light its nucleus receives, although comets generate a large coma and tail that can make them much more visible during their perihelion. The diameter of the nucleus of Encke's Comet is 4.8 km.

12P/Pons–Brooks is a periodic comet with an orbital period of 71 years. It fits the classical definition of a Halley-type comet with. The next perihelion passage is 20–21 April 2024, with closest approach to Earth being 1.54 AU (230 million km) on 2 June 2024. 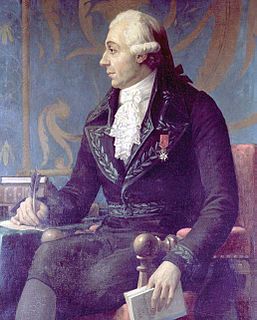 Pierre François André Méchain was a French astronomer and surveyor who, with Charles Messier, was a major contributor to the early study of deep-sky objects and comets.

Jérôme Eugène Coggia was a 19th-century French astronomer and discoverer of asteroids and comets, who was born in the Corsican town of Ajaccio. 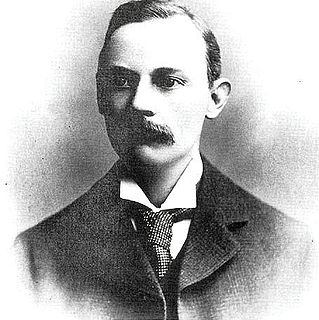 Andrew Claude de la Cherois Crommelin was an astronomer of French and Huguenot descent who was born in Cushendun, County Antrim, Ireland. He was educated in England at Marlborough College and Trinity College, Cambridge. After a spell teaching at Lancing College he found permanent employment at the Royal Greenwich Observatory in 1891. He joined the Royal Astronomical Society in 1888 and was its president from 1929-1931. In 1895 he joined the British Astronomical Association and was president from 1904-1906 and directed its comet section 1898-1901 and 1907-1938.

William Robert Brooks was a British-born American astronomer, mainly noted as being one of the most prolific discoverers of new comets of all time, second only to Jean-Louis Pons.

Biela's Comet or Comet Biela was a periodic Jupiter-family comet first recorded in 1772 by Montaigne and Messier and finally identified as periodic in 1826 by Wilhelm von Biela. It was subsequently observed to split in two and has not been seen since 1852. As a result, it is currently considered to have been destroyed, although remnants appeared to have survived for some time as a meteor shower, the Andromedids.

Alexander Forbes Irvine Forbes was a South African astronomer, architect and artist, best known for his discovery of periodic comets.

Marseille Observatory is an astronomical observatory located in Marseille, France, with a history that goes back to the early 18th century. In its 1877 incarnation, it was the discovery site of a group of galaxies known as Stephan's Quintet, discovered by its director Édouard Stephan. Marseille Observatory is now run as a joint research unit by Aix-Marseille University and the French National Center for Scientific Research (CNRS).

James Dunlop FRSE was a Scottish astronomer, noted for his work in Australia. He was employed by Sir Thomas Brisbane to work as astronomer's assistant at his private observatory, once located at Paramatta, New South Wales, about 23 kilometres (14 mi) west of Sydney during the 1820s and 1830s. Dunlop was mostly a visual observer, doing stellar astrometry work for Brisbane, and after its completion, then independently discovered and catalogued many new telescopic southern double stars and deep-sky objects. He later became the Superintendent of Paramatta Observatory when it was finally sold to the New South Wales Government.

7P/Pons–Winnecke is a periodic Jupiter-family comet with a 6-year orbit. Early calculations for the 1921 apparition suggested that the orbit of the comet might collide with Earth in June, but observations on April 10 ruled out an impact. It made a very close approach to Earth in June 1927. The outward migration of perihelion created impressive meteor showers in 1916, 1921, and 1927.

Comet Pons may refer to any one of these comets:

Comet Crommelin, also known as Comet Pons-Coggia-Winnecke-Forbes, is a periodic comet with an orbital period of almost 28 years. It fits the classical definition of a Halley-type comet with. It is named after the British astronomer Andrew C. D. Crommelin who calculated its orbit in 1930. It is one of only four comets not named after their discoverer(s), the other three being Comets Halley, Encke, and Lexell.

D/1770 L1, popularly known as Lexell's Comet after its orbit computer Anders Johan Lexell, was a comet discovered by astronomer Charles Messier in June 1770. It is notable for having passed closer to Earth than any other comet in recorded history, approaching to a distance of only 0.015 astronomical units. The comet has not been seen since 1770 and is considered a lost comet. 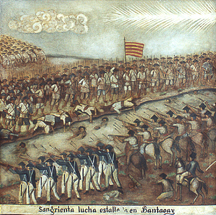 C/1807 R1, also known as the Great Comet of 1807, is a long-period comet. It was visible to naked-eye observers in the northern hemisphere from early September 1807 to late December, and is ranked among the great comets due to its exceptional brightness.

273P/Pons–Gambart, also called Comet Pons-Gambart, is a short-period comet first discovered on June 21, 1827 by Jean-Louis Pons and Jean-Félix Adolphe Gambart. It has a 186 year orbit. It fits the classical definition of a Halley-type comet with. It was lost and was not recovered until November 7, 2012, when amateur astronomer Rob Matson discovered a comet, and it was identified that the pre-recovery short-arc orbital calculations for Pons-Gambart were completely wrong because the comet only had a 1-month observation arc with poor data.