Jean Baker Miller (1927–2006) was a psychiatrist, psychoanalyst, social activist, feminist, and author. She wrote Toward a New Psychology of Women, which brings psychological thought together with relational-cultural theory. [1]

Jean Baker Miller was born on September 29, 1927 in the Bronx in New York City [2] to a Jewish family. [3] She was diagnosed with polio at an early age, and was inspired to pursue a career in medicine while in the care of nurses. [2] She attended Hunter College High School in New York City and in '48 graduated from Sarah Lawrence College. [2] She received her M.D. from Columbia University College of Physicians and Surgeons in 1952, and was in New York for psychiatric residency programs at Montefiore Medical Center, Bellevue Hospital Center, the Albert Einstein College of Medicine, Upstate Medical Center, New York Medical College, where she completed her psychoanalytic training. [1] [2]

Miller opened a private practice in New York, and then moved to Boston in 1973. She edited Psychoanalysis and Women: Contributions to New Theory and Therapy (1973), and then wrote Toward a New Psychology of Women (1976), which has become a classic in its field and has been translated into twenty languages. [1] [2] Miller describes the "relational model" of human development ("Relational-Cultural Theory"), proposing that "growth-fostering relationships are a central human necessity and that disconnections are the source of psychological problems." [2] Inspired by Betty Friedan's The Feminine Mystique , and other feminist classics from the 1960s, Relational-Cultural Theory proposes that "isolation is one of the most damaging human experiences and is best treated by reconnecting with other people," and that therapists should "foster an atmosphere of empathy and acceptance for the patient, even at the cost of the therapist’s neutrality." [4] The theory is based on clinical observations and sought to prove that "there was nothing wrong with women, but rather with the way modern culture viewed them." [5]

Following the publication of Toward a New Psychology of Women, Miller became the first director of the Stone Center for Developmental Services and Studies at Wellesley College, which incorporated the relational model into all aspects of the Stone Center's treatment. [2] In 1986, she became the Director of Education for the Stone Center, where she established a group discussion program to share ideas about the relational model and published these ideas as "Working Papers" through the center. [2] In 1991, she published her second book, Women's Growth in Connection: Writings from the Stone Center, [2] co-authored with Judith V. Jordan, Alexandra G. Kaplan, Irene P. Stiver, and Janet L. Surrey. Her third book, The Healing Connection: How Women Form Relationships in Therapy and in Life, co-authored with Irene Pierce Stiver, Ph.D. was published in 1997. [1]

In 1995, Jean Baker Miller established the Jean Baker Miller Training Institute (JBMTI) at the Wellesley Centers for Women at Wellesley College, an organization that seeks to "promote social change by expanding definitions and societal norms of personal strength, human health, and cultural wellbeing. [6] She served as its Founding Director and used the institute to teach the theory of Relational-Cultural Theory to mental health professionals and nonprofit organizations. [4]

She was married to S. M. Miller, an emeritus professor of sociology at Boston University; they had two sons, Dr. Edward D. Miller and Jonathan F. Miller, [4] Chairman and CEO of America Online. Jean Baker Miller died on July 29, 2006, at the age of 78 due to respiratory failure caused by emphysema and post-polio complications. [4] [5]

Herbert "Harry" Stack Sullivan was an American Neo-Freudian psychiatrist and psychoanalyst who held that "personality can never be isolated from the complex interpersonal relationships in which [a] person lives" and that "[t]he field of psychiatry is the field of interpersonal relations under any and all circumstances in which [such] relations exist". Having studied therapists Sigmund Freud, Adolf Meyer, and William Alanson White, he devoted years of clinical and research work to helping people with psychotic illness.

Nancy Julia Chodorow is an American sociologist and professor. She describes herself as a humanistic psychoanalytic sociologist and psychoanalytic feminist. Throughout her career, she has been influenced by psychoanalysts Sigmund Freud and Karen Horney, as well as feminist theorists Beatrice Whiting and Phillip Slater. She is a member of the International Psychoanalytical Association, and often speaks at its congresses. She began as a professor at Wellesley College in 1973, a year later she began at the University of California, Santa Cruz until 1986. She then went on to spend many years as a professor in the departments of sociology and clinical psychology at the University of California, Berkeley until her retirement in 2005. Later, she began her career teaching psychiatry at Harvard Medical School/Cambridge Health Alliance. Chodorow is often described as a leader in feminist thought, especially in the realms of psychoanalysis and psychology.

Murray Bowen was an American psychiatrist and a professor in psychiatry at Georgetown University. Bowen was among the pioneers of family therapy and a noted founder of systemic therapy. Beginning in the 1950s he developed a systems theory of the family.

Paul Rosenfels was an American psychiatrist and psychoanalyst known as one of the first American social scientists to publish about homosexuality as part of the human condition, rather than defining it as an illness or deviation. After leaving the academic field of psychiatry in the 1940s, he developed some of his own thinking and a larger philosophy. He published Homosexuality: The Psychology of the Creative Process in 1971, and other books about his arguments with psychiatry and psychoanalysis.

Clara Mabel Thompson was a prominent psychoanalyst and co-founder of the William Alanson White Institute. She published articles and books about psychoanalysis as a whole and specifically about the psychology of women. 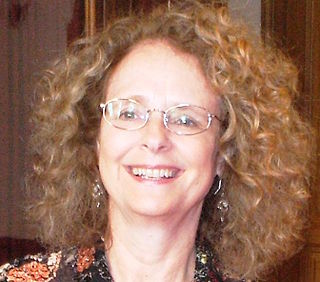 Narcissistic abuse is a hypernym for the psychological, financial, sexual, and physical abuse of others by someone with narcissistic traits or suffering from narcissistic personality disorder (NPD). Narcissistic Personality Disorder has been referred to as a mental health condition by several medical research and journal organisations, such as, for example, the United States National Library of Medicine, Mayo Clinic, and Cochrane medical journals.

Judith V. Jordan is the co-director and a founding scholar of the Jean Baker Miller Institute and co-director of the institute's Working Connections Project. She is an attending psychologist at McLean Hospital and Assistant Professor of Psychology at the Harvard Medical School. She works as a psychotherapist, supervisor, teacher and consultant. Jordan's development of relational-cultural therapy has served as a foundation for other scholars who have used this theory to explore the workplace, education. leadership and entrepreneurship.

Roy Richard Grinker Sr. was an American neurologist and psychiatrist, Professor of Psychiatry at University of Chicago, and pioneer in American psychiatry and psychosomatics. 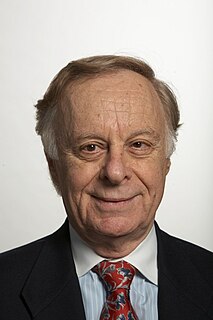 Joseph Cyrus Rheingold was a psychiatrist and author of Fear of Being a Woman (1964) and The Mother, Anxiety and Death (1967), each centered on the theory of maternal destructiveness.