Cabanis was born in Berlin to an old Huguenot family who had moved from France. Little is known of his early life. He studied at the University of Berlin from 1835 to 1839, and then travelled to North America, returning in 1841 with a large natural history collection. He was assistant and later director of the Natural History Museum of Berlin (which was at the time the Berlin University Museum), taking over from Martin Lichtenstein. He founded the Journal für Ornithologie in 1853, editing it for the next forty-one years, when he was succeeded by his son-in-law Anton Reichenow. [1] [2] 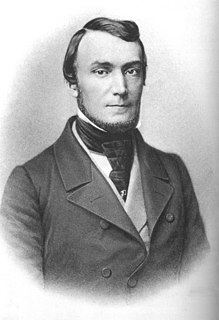 Karel Johan Gustav Hartlaub was a German physician and ornithologist.

Anton Reichenow was a German ornithologist and herpetologist.

Maria Emilie Snethlage was a German-born Brazilian naturalist and ornithologist who worked on the bird fauna of the Amazon. Snethlage collected in Brazil from 1905 until her death. She was the director of the Museu Paraense Emílio Goeldi from 1914 to 1922. Several species of birds were described by her.

Carl Hieronymus Euler was a Swiss farmer and ornithologist who worked in Brazil.

Amaurospiza is a genus of birds in the cardinal family Cardinalidae. 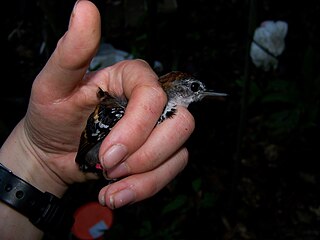 The banded antbird – sometimes called banded antwren despite not being close to the true antwrens – is a species of bird in the family Thamnophilidae. It is the only member of the genus Dichrozona. Its natural habitat is subtropical or tropical moist lowland forests. Hence why it is predominantly located in Bolivia, Brazil, Colombia, Ecuador, Peru, and 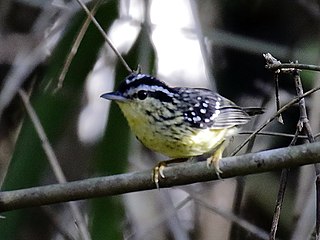 The yellow-breasted warbling antbird is a species of bird in the family Thamnophilidae. Until recently, it was considered a subspecies of Hypocnemis cantator, but based on vocal differences and to a lesser degree differences in plumages it has been recommended treating them as separate species. As presently defined, the yellow-breasted warbling antbird includes a single subspecies, collinsi. 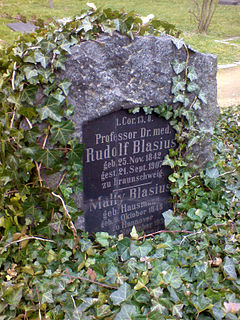 Carl Philip August Parrot was a German physician and ornithologist who founded the Ornithological Society of Bavaria.