Last updated August 29, 2021
Not to be confused with Jerome G. Cooper.

Jerome Cooper (December 14, 1946 – May 6, 2015) was an American free jazz musician. [1] In addition to trap drums, Cooper played balafon, chirimia and various electronic instruments, and referred to himself as a "multi-dimensional drummer," meaning that his playing involved "layers of sounds and rhythms". [2] He was born in Chicago, Illinois and died in Brooklyn, New York. [1] Allmusic reviewer Ron Wynn called him "A sparkling drummer and percussionist... An excellent accompanist". [3] Another Allmusic reviewer stated that "in the truest sense this drummer is a magician, adept at transformation and the creation of sacred space". [4]

Cooper studied with Oliver Coleman and Walter Dyett in the late 1950s and early 1960s, [5] then studied at the American Conservatory of Music and Loop College. [3] In 1968 he worked with Oscar Brown, Jr. and Kalaparusha Maurice McIntyre in the U.S. but moved to Europe before the end of the decade, where he played with Rahsaan Roland Kirk, Steve Lacy, Lou Bennett (with whom he visited Gambia and Senegal [6] ), the Art Ensemble of Chicago, Alan Silva, and Noah Howard. [5] [7] After returning to the U.S. in 1971, he joined the Revolutionary Ensemble alongside Leroy Jenkins and Sirone, where he remained for several years, and played piano, flute, and bugle in addition to drums. [7] In the 1970s, he played with Sam Rivers, George Adams, Karl Berger, Andrew Hill, and Anthony Braxton. [3] In the 1980s he worked with McIntyre again, as well as with Cecil Taylor. [3]

Cooper died May 6, 2015, aged 68, from complications of multiple myeloma, according to his daughter, Levanah Cummins-Cooper. [1]

With the Revolutionary Ensemble

With Leroy Jenkins and The Jazz Composer's Orchestra

With Roscoe Mitchell and Don Moye

Thomas Buckner is an American baritone vocalist specializing in the performance of contemporary classical music and improvised music. In his work, he utilizes a wide range of extended (non-traditional) vocal techniques.

Charles Wesley "Bobo" Shaw was an American free jazz drummer, known as a prominent member of the Human Arts Ensemble and Black Artists Group. He was born in Pope, Mississippi, United States.

Revolutionary Ensemble is an eponymous live album by the free jazz group consisting of violinist Leroy Jenkins, bassist Sirone and drummer Jerome Cooper, which was recorded in Austria in 1977 and released on the German Enja label and in the U.S. on Inner City Records the following year.

The People's Republic is an album by the Revolutionary Ensemble, violinist Leroy Jenkins, bassist Sirone and drummer Jerome Cooper, which was recorded in late 1975 and released on the A&M/Horizon label the following year.

Vietnam, also referred to as Vietnam 1 & 2 is a live album by the Revolutionary Ensemble, violinist Leroy Jenkins, bassist Sirone and drummer Jerome Cooper, which was recorded in 1972 and released on the ESP-Disk label. 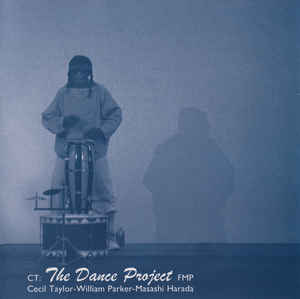 CT: The Dance Project is a live album by Cecil Taylor recorded during the Summer Music concert series at the Akademie der Kunste, Berlin on July 8, 1990, and released in 2008 by FMP. The album documents a multimedia event that featured Taylor, bassist William Parker, percussionist Masashi Harada, and a group of four dancers.