Jerome Weston, 2nd Earl of Portland (16 December 1605 – 17 March 1663) was an English diplomat and landowner who held the presidency of Munster, Kingdom of Ireland.

He was the second but eldest surviving son of the 1st Earl of Portland, by his second wife Frances Walgrave. He was born at Nayland in Suffolk, England.

Weston was elected to Parliament as member for Gatton on 11 March 1628, but there was a double return. Weston was one of four members returned for two seats, the other three being Sir Samuel Owfield, Sir Charles Howard and Sir Thomas Lake. Weston’s election was declared void on 26 March, when Owfield and Howard were instead declared elected. Weston was instead returned for the vacant seat at Lewes, after the previous holder, Sir George Goring, was elevated to the peerage.

In 1632 and 1633, he undertook a diplomatic mission to the courts of France, Savoy, Florence and Venice. [1] He succeeded his father as Earl of Portland in 1635.

Supplementing his estates, in 1663 as the owner of Coulsdon manor in Surrey had no male heir, Charles II granted it to "Jerome second Earl of Portland" in consideration of his surrender of the presidency of Munster to the Crown. [2]

He was a first cousin of Jeremy Clarke, a Governor of Rhode Island in the American Colonies. 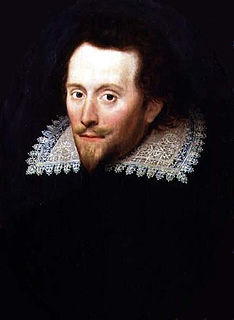 William Cavendish, 1st Duke of Newcastle upon Tyne KG KB PC was an English polymath and aristocrat, having been a poet, equestrian, playwright, swordsman, politician, architect, diplomat and soldier. The Cavendish family had a good relationship with the ruling Stuart Monarchy. The family gained prominence after he was invested as a Knight of the Bath, and then inherited his father's Northern England estates.

Edward Villiers, 1st Earl of Jersey was an English peer, courtier, and statesman of the Villiers family. He was created Baron Villiers and Viscount Villiers in 1691 and Earl of Jersey in 1697. 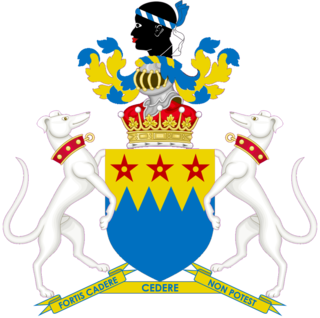 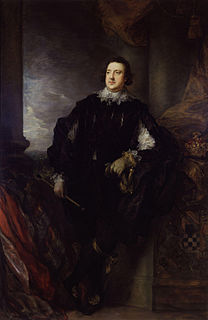 Charles Howard, 11th Duke of Norfolk, styled Earl of Surrey from 1777 to 1786, was a British nobleman, peer, and politician. He was the son of Charles Howard, 10th Duke of Norfolk and Catherine Brockholes. Howard was known for actively participating in the Tory party as part of the support for King George III. He also spent a considerable amount of his money rebuilding and refurbishing Arundel Castle after inheriting his title and lands. 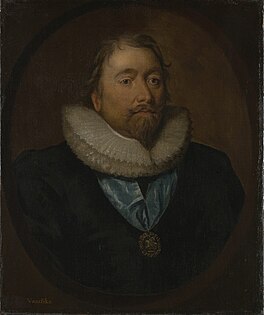 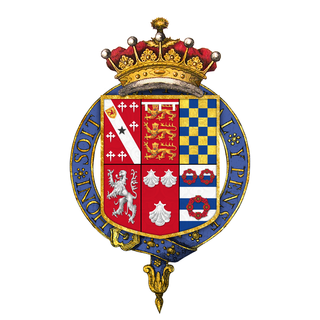 Nicholas Weston (1611–1656) was an English politician who sat in the House of Commons in 1640. He supported the Royalist side in the English Civil War.

Sir George More was an English courtier and politician who sat in the House of Commons at various times between 1584 and 1625.

William Owfield was an English landowner and politician who sat in the House of Commons in 1645.

Sir Edward Bishopp, 2nd Baronet was an English politician who sat in the House of Commons in 1626 and in 1640. He supported the Royalist cause in the English Civil War.