Gerald John Granelli (December 30, 1940 –July 20, 2021) was an American-born Canadian jazz drummer. He was best known for playing drums on the soundtrack A Charlie Brown Christmas with the Vince Guaraldi Trio.

Both his father and uncle played the drums and were passionate about jazz. Granelli initially learned the violin for a year, before switching to drums. [1] [3] He was consequently involved with the city's hard bop scene from a young age. A day spent with drummer Gene Krupa in 1948 informed his passion for percussion and eventually led to him studying with Joe Morello. [4] [5]

From the 1990s until his death, Granelli lived in Halifax, Nova Scotia, becoming a Canadian citizen in 1999. In 2010, he released his first solo album, 1313. [6] Granelli toured jazz festivals and theaters with his show Tales of a Charlie Brown Christmas, which retells how the Charlie Brown Christmas TV special almost never came to be, on numerous fronts. This includes the recounting of the three-hour recording session “just another gig” in 1965 that culminated in the timeless Christmas classic. The trio never saw any of the animation. The touring show, which first took place in 2013 in Halifax and Ottawa, featured Simon Fisk on Bass, Chris Gestrin on Piano and Jerry Granelli on Drums. The trio performed the Vince Guaraldi soundtrack “the way we used to play it live in San Francisco, taking the music out”, a highlight was a Jerry Granelli drum solo. The live production also featured clips from the TV special and Jerry talking about how all the pieces came together to creat this unlikely classic Christmas special. Each performance also included a local children's choir, who would begin and end the show. The production toured Canada every November and December until 2019, once touring to Boulder Co.

Granelli suffered a fall in December 2020 that resulted in internal bleeding. He spent three months recuperating in an intensive care unit before being discharged. He died seven months later on the morning of July 20, 2021, at his home in Halifax. He was 80, and hosted a workshop for the Halifax Jazz Festival two days before his death. [8] [9]

With the Vince Guaraldi Trio 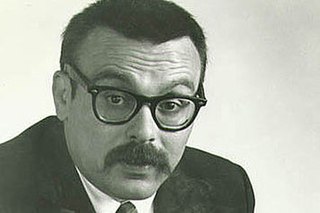 Vincent Anthony Guaraldi was an American jazz pianist noted for his innovative compositions and arrangements and for composing music for animated television adaptations of the Peanuts comic strip including their signature melody, "Linus and Lucy" and the holiday standard, "Christmas Time Is Here". He is also known for his performances on piano as a member of Cal Tjader's 1950s ensembles and for his own solo career. His 1962 composition "Cast Your Fate to the Wind" became a radio hit and won a Grammy Award in 1963 for Best Original Jazz Composition. He died of a sudden heart attack at age 47 in February 1976 moments after finishing a nightclub performance in Menlo Park, California.

Fantasy Records is an American independent record label company founded by brothers Max and Soul Weiss in 1949. The early years of the company were dedicated to issuing recordings by jazz pianist Dave Brubeck, who was also one of its investors, but the label is known more for its recordings of comedian Lenny Bruce, jazz pianist Vince Guaraldi, and the 1960s rock band Creedence Clearwater Revival. 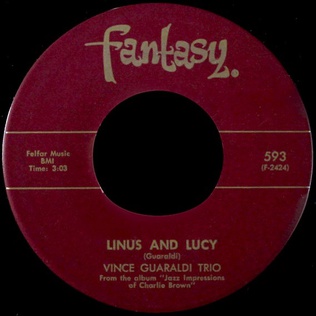 "Linus and Lucy" is a popular instrumental jazz standard written by American jazz pianist Vince Guaraldi, appearing in many Peanuts animated specials. Named for the two fictional siblings Linus and Lucy van Pelt, it was originally released on Guaraldi's album Jazz Impressions of A Boy Named Charlie Brown. However, it gained its greatest exposure as part of the Charlie Brown Christmas soundtrack the following year. It is one of the most recognizable pieces by Guaraldi, and has gained status as the signature melody of the Peanuts franchise. 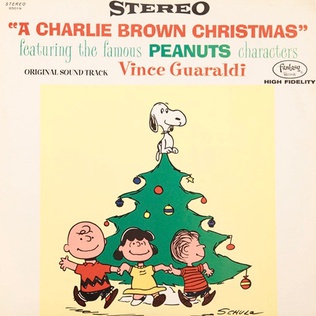 A Charlie Brown Christmas is the eighth studio album by American jazz pianist Vince Guaraldi. The album was released in December 1965 in the U.S. by Fantasy Records and was Guaraldi's final studio album for the label. It is the soundtrack to the Christmas television special of the same name.

Oh Good Grief! is the 10th studio album by Vince Guaraldi, released in the U.S. in May 1968. The album was the artist's first release with Warner Bros.-Seven Arts after leaving Fantasy Records in 1966.

Vince Guaraldi, Bola Sete and Friends is a collaboration between pianist Vince Guaraldi and guitarist Bola Sete released in January 1964 by Fantasy Records. It was Guaraldi's fourth studio album and the first of three studio collaborations with Sete.

From All Sides is a collaboration between pianist Vince Guaraldi and guitarist Bola Sete released in February 1965 by Fantasy Records. It was Guaraldi's seventh studio album and the second of three collaborations with Sete. 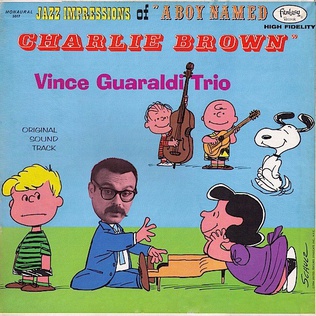 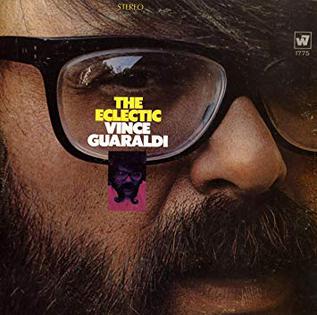 The Eclectic Vince Guaraldi is the 11th and penultimate studio album by American jazz pianist Vince Guaraldi, released in the U.S. by Warner Bros.-Seven Arts in March 1969. In a departure from his standard jazz output, Guaraldi experimented with electric keyboard and electric harpsichord in preparation of the release of the album, which he also produced and arranged. 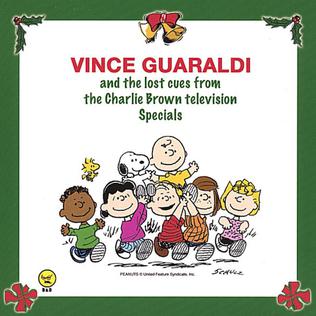 Vince Guaraldi and the Lost Cues from the Charlie Brown Television Specials is a compilation soundtrack album by Vince Guaraldi released by D & D Records in 2007. The album consists of select music cues featured on several Peanuts television specials produced between 1972 and 1975.

Charlie Brown's Holiday Hits is a compilation album by jazz pianist Vince Guaraldi released by Fantasy Records in 1998. The album was the first of several posthumous releases containing a mix of previously released material in addition to nine previously unavailable songs featured in prime-time animated television specials based on the Peanuts comic strip by Charles M. Schulz. 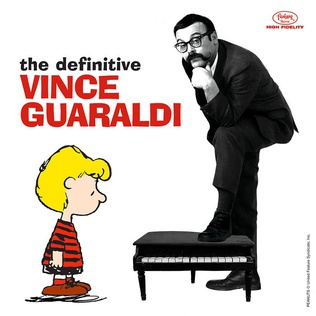 Greatest Hits is the second compilation album of songs by American jazz pianist/composer Vince Guaraldi released in 1980 in the U.S., Canada and Europe.

Peanuts Greatest Hits is the seventh compilation album by jazz pianist Vince Guaraldi released by Fantasy/Concord Records on July 31, 2015. The album gathers Guaraldi's most iconic compositions featured in the animated television specials based on the Peanuts comic strip by Charles M. Schulz.

The 1969 animated film A Boy Named Charlie Brown, based on Charles M. Schulz's comic strip Peanuts, had two different soundtrack albums. These albums were released individually in 1970 and 2017. 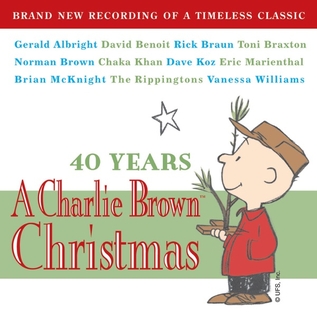