Jerry N. Hess (1931–2017) was a 20th-Century American oral historian of U.S. presidential libraries, particularly the Harry S. Truman Library: his name appears in numerous books which include research into major personalities related to mid-20th-Century American national politics and draw upon the more than 500 oral histories available at the Truman Library alone. [1] [2] [3]

Hess was born on September 24, 1931, in Cedar Vale, Kansas. His parents were James Nelson and Mary Elixabeth Burge. He had one older brother, Norman Burge Hess. He obtained a BA from Kansas State University of Lawrence and MA from the University of Missouri at Kansas City. [1]

Cedar Vale is a city in Chautauqua County, Kansas, United States. As of the 2010 census, the city population was 579. 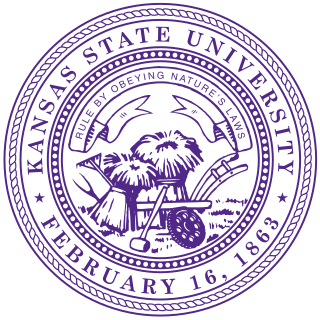 Kansas State University (KSU), commonly shortened to Kansas State or K-State, is a public research university with its main campus in Manhattan, Kansas, United States. Kansas State was opened as the state's land-grant college in 1863 and was the first public institution of higher learning in the state of Kansas. It had a record high enrollment of 24,766 students for the Fall 2014 semester.

The University of Missouri is a public research university in Columbia, Missouri. It is Missouri's largest University and the flagship of the four campus University of Missouri System. Founded in 1839 it was the first public university west of the Mississippi River. It is a member of the Association of American Universities as well as a land-grant and space-grant institution. Enrolling 30,870 in 2017 it offers over 300 degree programs in thirteen major academic division. Its well-known Missouri School of Journalism was founded by Walter Williams in 1908 as the world's first journalism school; It publishes a daily newspaper, the Columbia Missourian, and operates an NBC affiliate KOMU. The University of Missouri Research Reactor Center is the world's most powerful university research reactor and is the United States sole source of isotopes used in nuclear medicine. The university operates University of Missouri Health Care, running a number of hospitals and clinics in Mid-Missouri. Its NCAA Division I athletic teams are known as the Missouri Tigers, and compete in the rigorous Southeastern Conference. The American tradition of homecoming is claimed to have originated at Missouri.

Hess served as an oral historian for President Harry S. Truman Library as well as the National Archives in Washington, DC. He helped develop other presidential libraries. [1]

The National Archives and Records Administration (NARA) is an independent agency of the United States government charged with the preservation and documentation of government and historical records. It is also tasked with increasing public access to those documents which make up the National Archive. NARA is officially responsible for maintaining and publishing the legally authentic and authoritative copies of acts of Congress, presidential directives, and federal regulations. NARA also transmits votes of the Electoral College to Congress.

After retirement, he volunteered as an oral archivist for the Ringling Circus. [1]

Hess was a 32nd Degree Mason with life membership in the Scottish Rite Valley of Tampa. He was also a member of: the Grand Chapter of Royal Arch Masons of Missouri, the Sons of the American Revolution, the American Legion and Veterans of Foreign Wars, and the Shriners International. [1] 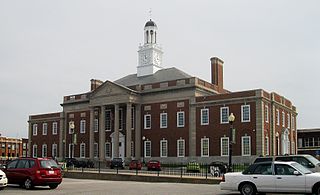 Independence is the fifth-largest city in the U.S. state of Missouri. It lies within Jackson County, of which it is the county seat. Independence is a satellite city of Kansas City, Missouri, and is part of the Kansas City metropolitan area. In 2010, it had a total population of 116,830. 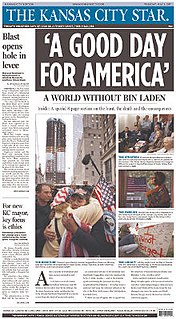 The Kansas City Star is a newspaper based in Kansas City, Missouri. Published since 1880, the paper is the recipient of eight Pulitzer Prizes. The Star is most notable for its influence on the career of President Harry Truman and as the newspaper where a young Ernest Hemingway honed his writing style. It was also central to government-mandated divestiture of radio and television outlets by newspaper concerns in the late 1950s.

Lloyd Crow Stark was the 39th Governor of the U.S. state of Missouri. He was a Democrat.

Edwin Griswold Nourse was an American economist. He served as the first chairman of the Council of Economic Advisors between 1946 and 1949. 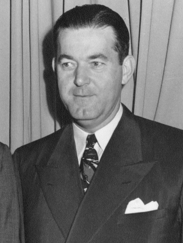 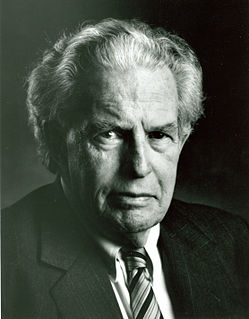 Richard Walker Bolling, was a prominent Democratic Congressman from Kansas City, Missouri, and Missouri's 5th congressional district from 1949 to 1983. He retired after serving for four years as the chairman of the powerful United States House Committee on Rules. 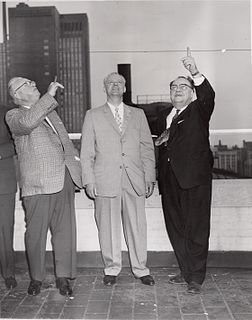 Roy Allison Roberts was a managing editor, president, editor and general manager of The Kansas City Star who guided the paper during its influential period during the Presidencies of Harry S. Truman and Dwight D. Eisenhower.

In the U.S. state of Kansas, Interstate 70 contains the first segment to start being paved and to be completed in the Interstate Highway System. It extends from the Colorado border near the town of Kanorado to the Missouri border in Kansas City. The route covers 424 miles (682 km) and passes through several of the state's principal cities in the process including Kansas City, Topeka, and Salina. The route also passes through the cities of Lawrence, Junction City, and Abilene.

Robert Hugh Ferrell was an American historian and a prolific author or editor of more than 60 books on a wide range of topics, including the U.S. presidency, World War I, and U.S. foreign policy and diplomacy. One of the country's leading historians, Ferrell was widely considered the preeminent authority on the administration of Harry S. Truman, and also wrote books about half a dozen other 20th-century presidents. He was thought by many in the field to be the "dean of American diplomatic historians," a title he disavowed.

Camp Doniphan was a military base adjacent to Fort Sill, just outside Lawton, in Comanche County, Oklahoma, that was activated for use in World War I for artillery training.

Theodore Roosevelt desk is a Colonial Revival-style double-pedestal desk in the collection of the White House. Made in 1903, it is one of only six desks to have been used by U.S. presidents in the Oval Office.

Stephen J. Spingarn (1908–1984) was a mid-20th-century American lawyer and civil servant in the Franklin Delano Roosevelt, Harry S. Truman, and (briefly) Dwight D. Eisenhower administrations, who last served as Special Counsel (1949) and Administrative Assistant to President Truman (1950) and lastly commissioner on the Federal Trade Commission (1950–1953) during transition to President Eisenhower.

Matthew J. Connelly was an American civil servant under Harry S. Truman, who having risen to Executive Secretary to Vice President Truman and then Appointments Secretary to President Truman, was indicted for bribery in 1955, convicted in 1956, served six months in prison in 1960, and was granted a full pardon by President John F. Kennedy in 1962.

John J. Carson was a 20th-century American politician who served in the Truman Administration as a commissioner of the Federal Trade Commission from 1949 to 1953.