Roderick James McMahon Sr. (May 26, 1882 – November 22, 1954) was an American professional wrestling and professional boxing promoter, and the patriarch of the McMahon family. It is not certain if either he or his son Vincent J. McMahon was the founder of the World Wide Wrestling Federation (WWWF). While some sources stated it was his son [2] [3] [4] other sources however mentioned him as the founder of the company. [5] [6] [7] Since 1982, the company, known today as WWE, has been run by grandson, Vince.

Roderick James McMahon (pronounced "mack-MAN") was born October 29, 1882 in Manhattan, New York City, to hotel owner Roderick McMahon (1848–1922) and Elizabeth McMahon (1846–1936), from County Galway. [8] His parents had recently moved from Ireland to New York City. [1] He and his siblings Lauretta (born 1876), Catharine (born 1878) and Edward (born 1880) attended Manhattan College. McMahon graduated with a commercial diploma at the age of 17. The McMahon brothers showed a higher interest in sports than in a banking career. [1]

By 1909, the McMahon brothers were managing partners of the Olympic Athletic Club and bookers at the Empire and St. Nichols Athletic Clubs, located in Harlem. Because of a loss of public interest in boxing, the two McMahons expanded their affairs in 1911, founding the New York Lincoln Giants, a black baseball team, which played at Olympic Field in Harlem. With a team that included five of the best black players in the nation (who the McMahons recruited away from teams in Chicago and Philadelphia), the Lincoln Giants dominated black and white opponents for three seasons. In 1914, financial difficulties forced them to sell the team; however, they retained the contracts of many of the players, and for three more years they operated another team, the Lincoln Stars, using Lenox Oval on 145th Street as a home field. [9] Touring with the squad, McMahon and his brother ventured to Havana, Cuba, in 1915, where they co-promoted the 45-round fight between Jess Willard and then-champion Jack Johnson. [1]

In the 1930s, the McMahons operated the Commonwealth Casino, on East 135th Street in Harlem. Boxing was the primary attraction. The McMahons booked black fighters to cater to Harlem's growing black population; fights between blacks and whites drew the largest, racially mixed crowds. In 1922, they established a black professional basketball team, the Commonwealth Big 5, to try to attract patrons to the casino. For two years, the team defeated black and white opponents, including Harlem's other black professional team, the Rens. Sportswriters considered the Big 5 the best black team in the nation, although they could not defeat the dominant white team of the time, the Original Celtics. Despite their success, the Big 5 did not attract large crowds, and the McMahons shut the team down after the 1923/1924 season, leaving the Rens to become the dominant black team of the 1920s and 1930s. [10]

After 1915, Jess anchored in Long Island, where he became the first McMahon to promote professional wrestling, at the Freeport Municipal Stadium. [11] The wrestling wars led McMahon to ally himself with another independent faction, captained by Carlos Louis Henriquez. Together they booked the Coney Island and Brooklyn Sport Stadiums, with Carlos being the main fan favorite. [12] The formation of "the Trust" calmed New York territory enough to allow McMahon access to a larger pool of wrestlers. Among those wrestlers were Jim Browning, Hans Kampfer, Mike Romano and Everette Marshall. [1] By 1937, wrestling's popularity was waning. However, while most bookers left the city for fresher ground, Jess dug in for the long haul. His contacts allowed him to freely trade wrestlers with promoters in Pennsylvania, New Jersey, Maryland and Connecticut. [1]

A perpetual force in the Northeastern Sportsworld, McMahon may be more remembered for his spell as matchmaker at the Garden than for his 20 years as a wrestling promoter. On November 22, 1954, as a result of a cerebral hemorrhage, Jess died at a hospital in Wilkes-Barre, Pennsylvania. [1] Upon his death, his second son, Vincent, took over the business, eventually creating the World Wide Wrestling Federation promotion, known today as WWE.

McMahon married a young New York City woman named Rose E. Davis (1891–1997) in 1912 who was of Irish descent, and together they had three children: sons Roderick Jr. and Vincent, and daughter Dorothy. [1] His grandson, Vince McMahon, is currently the Chairman and CEO of WWE. Jess's great-grandchildren Stephanie McMahon and Shane McMahon also work for the company. 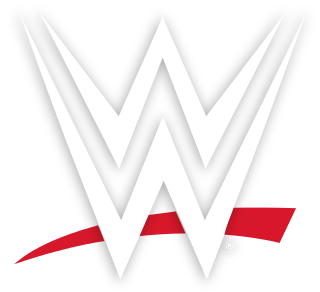 World Wrestling Entertainment, Inc., d/b/a WWE, is an American integrated media and entertainment company that is primarily known for professional wrestling. WWE has also branched out into other fields, including movies, football, and various other business ventures. 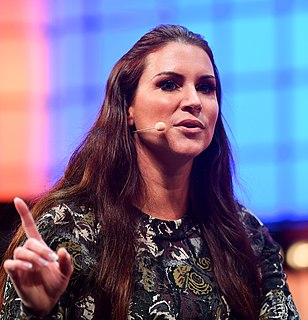 Stephanie McMahon Levesque, is an American businesswoman and professional wrestling personality. She is the chief brand officer (CBO) of WWE and appears as an on-screen authority figure and occasional wrestler on both the Raw and SmackDown brands. 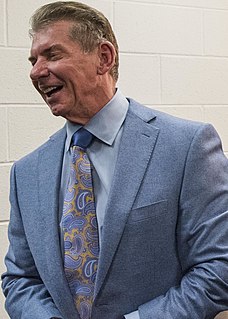 Vincent Kennedy McMahon is an American professional wrestling promoter and executive, American football executive, and media proprietor currently serving as the chairman and CEO of WWE, and the founder and owner of Alpha Entertainment.

Shane Brandon McMahon is an American businessman and professional wrestler. He is the executive vice-chairman of Ideanomics, formerly Seven Stars Cloud Group. He is also a minority owner and producer in WWE. 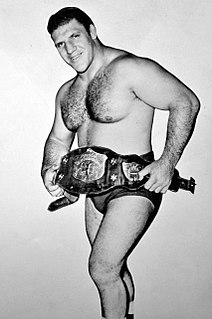 Bruno Leopoldo Francesco Sammartino was an Italian-American professional wrestler, best known for his work with the World Wide Wrestling Federation. There, he held the WWWF World Heavyweight Championship for more than 11 years across two reigns, the first of which is the longest single reign in the promotion's history at 2,803 days. He is overall a two-time world champion in professional wrestling.

Vincent James McMahon, also known as Vince McMahon Sr., was an American professional wrestling promoter. He is best known for running the Capitol Wrestling Corporation from 1953 to 1982, and being the father of his successor, Vincent Kennedy McMahon. 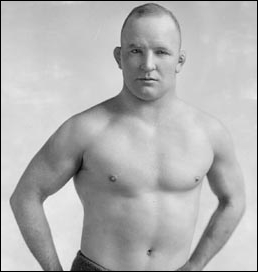 Turner's Arena was the name given to a 1,800 seat arena, located at 1342 W Street, near the northeast corner of 14th and W Streets, NW in Washington, DC, and originally owned by local wrestling promoter Joe Turner. One of the popular events were bouts featuring local wrestler Swift Eagle and Chief Thunderbird as detailed in the House History Man blog. A photograph and advertisement for the arena appears on page 69 of the book Greater U Street by Paul K. Williams. This venue was an early home to the Capitol Wrestling Corporation, a precursor to WWE, which was started by Vincent J. McMahon in January 1953. McMahon took over the territory from Gabe Menendez, who had succeeded Turner after his death in 1947. In addition, the arena hosted top professional boxing matches promoted by Goldie Ahearn featuring fighters such as Lou Gevinson, Lew Hanbury, and Jimmy Cooper. It was also the birthplace of the Central Intercollegiate Athletic Association annual basketball tournament, as well as the host to top country music acts and Jazz performances. It was renamed Capitol Arena in 1956 once Capitol Wrestling Corporation began broadcasting a syndicated weekly wrestling show from the arena every Thursday night. The arena was closed and demolished in 1965. 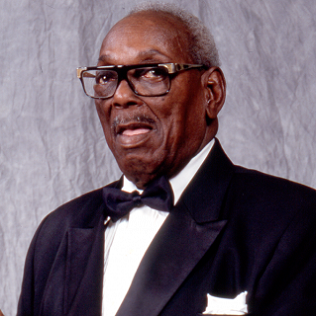 James Dudley was an American baseball player, professional wrestling manager, and professional wrestling executive. He played Negro league baseball for nine years but is best known for his time with the World Wide Wrestling Federation. Dudley was the first African-American to run a major United States arena. He worked with four generations of wrestling's McMahon family and was particularly close with Vincent J. McMahon. At age 74, he was put back on the company's payroll to show appreciation for his work for the McMahons. He also managed several wrestlers in the WWWF and was inducted into the WWF Hall of Fame class of 1994. 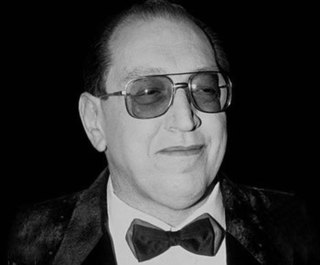 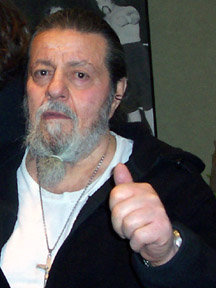 Antonino Rocca was an Italian Argentine professional wrestler. He tag teamed with partner Miguel Pérez. He was posthumously inducted into the WWF Hall of Fame as a member of the class of 1995 and the Wrestling Observer Newsletter Hall of Fame in 1996. 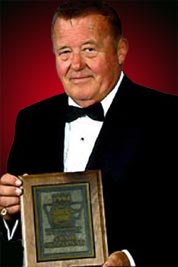 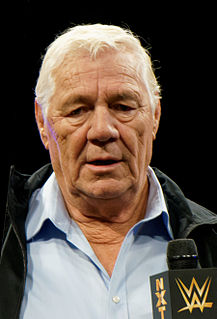 Pat Patterson is a Canadian–American professional wrestler. He is currently employed by the professional wrestling promotion WWE as a creative consultant and producer. He is the inaugural WWE Intercontinental Champion and creator of the Royal Rumble match, Patterson was inducted into the WWE Hall of Fame class of 1996. In 2019, Patterson became the oldest person to ever win a title in WWE history, after winning the WWE 24/7 Championship at 78 years old. He has been described by journalist Dave Meltzer as "Vince McMahon's right-hand man" and "one of the chief architects of the WWE, playing an integral role in helping it become a global phenomenon."

The McMahon family is a prominent Irish-American family, primarily known for their involvement in the professional wrestling business. They are the founders, owners, and promoters of the world's largest wrestling company, World Wrestling Entertainment (WWE). Vince McMahon - a third generation wrestling promoter - is the chairman and CEO of the company. McMahon joined his father's regional wrestling company in 1972 and purchased the promotion 10 years later. He went on to transform the then World Wrestling Federation from a regional operation into a global organization. WWF went public in 1999 and today its programs are broadcast in around 150 countries and more than 30 languages. The company has also branched out into movie production and - separate to WWE - American football, with two incarnations of the XFL. 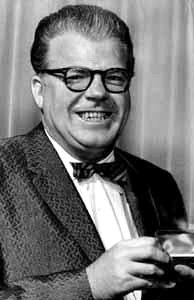