Jeu provençal ('game of Provence'; also known as boule lyonnaise, "boules of Lyon") is a French form of boules.

In Italy, the sport bocce volo , which is played with bronze balls, follows a similar set of rules. [1]

The current version of the game developed during the 18th century around the area of Lyon.

The rules are similar to the game of pétanque except that:

These differences reflect the reason that pétanque was invented – to create a sport that was accessible to a disabled player in a wheelchair. 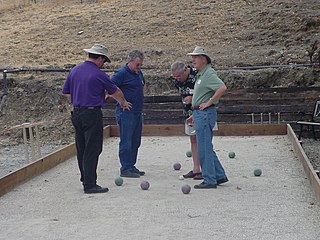 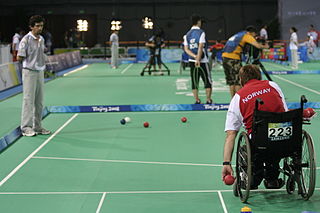 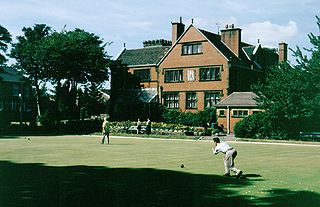