Deng Yaping is a Chinese table tennis player, who won eighteen world championships including four Olympic championships between 1989 and 1997. She is regarded as one of the greatest players in the history of the sport.

Dalian Shide was a professional Chinese football club based in Dalian, Liaoning province, China who played in China's football league system between 1955 and 2012. Their home stadiums were the 55,843 capacity Dalian People's Stadium and then later in 1997 they moved to the 30,776 capacity Jinzhou Stadium.

Guangzhou R&F Football Club is a professional football club that plays in the Chinese Super League under licence from the Chinese Football Association (CFA). The team is based in Guangzhou, Guangdong, and their home stadium is the Yuexiushan Stadium which has a seating capacity of 18,000. They are owned by the Chinese property developers R&F Properties who took charge in June 2011. The club's English name R&F is short for "Rich" (富) and "Force" (力).

Hao Haidong is a Chinese former international footballer. He currently holds the record for being China's top goalscorer.

Kim Jin-kyu is a retired South Korean football player. He has gained reputation as a defender who is also capable of scoring.

Jiangsu Suning Football Club is a professional football club that participates in the Chinese Super League under licence from the Chinese Football Association (CFA). The team is based in Nanjing, Jiangsu, and their home stadium is the Nanjing Olympic Sports Centre which has a seating capacity of 61,443. Their owners are Suning Appliance Group, a sister company of Suning.com; the name Suning derives from Sū, a nickname for Jiangsu province, and Níng, a nickname for Nanjing.

Zhu Xiaolin is a female Chinese long-distance runner, who specialises in marathons. She has won the Xiamen International Marathon and was third at the 2010 Rotterdam Marathon. She represented China at the 2008 Beijing Olympics and was fourth in the women's marathon. Zhu has also competed at the World Championships in Athletics, where she finished in the top five in the marathon in both 2007 and 2009. Her personal best over the distance is 2 hours and 23:57 minutes.

Jia Yubing is a Chinese baseball player. He was a member of Team China at the 2008 Summer Olympics. 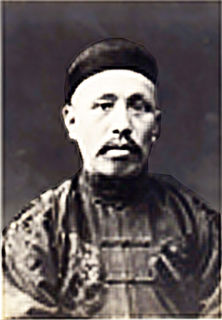 Jia Deyao was a Chinese military commander and politician, member of the Anhui clique during the Beiyang Government. 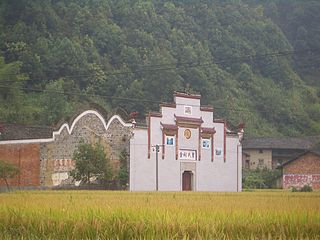 Xu Delong was a Chinese materials scientist and a leading authority in silicate research and engineering. He was an academician of the Chinese Academy of Engineering (CAE), and served as Vice President of the CAE and President of Xi'an University of Architecture and Technology.