The BWF Superseries, which was launched on 14 December 2006 and implemented in 2007, [5] is a series of elite badminton tournaments, sanctioned by the Badminton World Federation (BWF). BWF Superseries levels are Superseries and Superseries Premier. A season of Superseries consists of twelve tournaments around the world that have been introduced since 2011. [6] Successful players are invited to the Superseries Finals, which are held at the end of each year.

(W) Won; (F) finalist; (SF) semifinalist; (QF) quarterfinalist; (#R) rounds 4, 3, 2, 1; (RR) round-robin stage; (Q#) qualification round; (A) absent; (G) gold, (S) silver or (B) bronze medal; (NH) not held; (N/A) not applicable.
To avoid confusion and double counting, these charts are updated at the conclusion of a tournament or when the player's participation has ended. 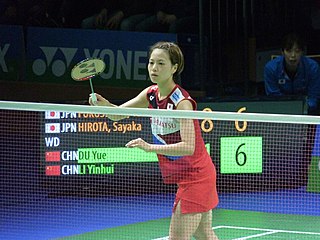 Yuki Fukushima is a Japanese badminton player. She and her partner Sayaka Hirota won the 2017 Most Improved Player of the Year award. The duo were ranked as world No. 1 at the BWF World Ranking in 21 June 2018.

Nipitphon Phuangphuapet is a Thai badminton player. He studies bachelor of Laws at Bangkok-Dhonburi University.

Misaki Matsutomo is a Japanese badminton player who is a doubles specialist. Despite playing doubles, she was also a finalist in girls' singles at the 2010 BWF World Junior Championships in Mexico.

Chang Ye-na is a South Korean badminton player who specializes in doubles. She competed at the 2016 Summer Olympics in Rio de Janeiro, Brazil. She won gold medals at the 2013 Kazan Universiade in the mixed team and women's doubles event partnered with Kim So-yeong. She also won silver medal at the 2013 BWF World Championships with Eom Hye-won. In 2017, she helped the Korean national team to win the world team championships at the Sudirman Cup.

Shin Seung-chan is a South Korean doubles specialist badminton player. She won the women's doubles bronze medals at the 2016 Summer Olympics, and 2014 BWF World Championships. Shin clinched the women's and mixed doubles gold at the 2015 Summer Universiade, also in the team event in 2013 and 2015.

Liu Xin is a Chinese professional badminton singles player. Born in Benxi, Liaoning, her string of good performances during the 2010 and early 2011 helped her to attain the career-best ranking of 5 in April 2011. She was part of the Chinese team that won gold medals at the 2010 and 2014 World University Championships, and also at the 2014 Asian Games.

Lu Kai is a Chinese badminton player who specializes in doubles. He won the mixed doubles gold medal at the 2009 Asian Junior Championships partnered with Bao Yixin, and later at the 2017 Asian Championships with Huang Yaqiong.

Yu Xiaohan is a retired badminton player from China. She won the 2015 Singapore Super Series with Ou Dongni. Yu was suspended for 7 months by BWF because one of her sample during 2015 Summer Universiade contained sibutramine. She announced her retirement through her personal social media Weibo on 13 October 2019, where before, she had given a resignation letter to the coach on 30 September 2019.

Chen Qingchen is a Chinese badminton player. In 2016, her coach was Li Yongbo. Her badminton partner is Jia Yifan, and for mixed doubles her partner was Zheng Siwei. She ended the 2016 BWF Season by winning the BWF Most Promising Player of the Year, also completed her success by winning doubles title at the 2016 BWF Superseries Finals in women's and mixed doubles respectively. In 2017, she was awarded as the BWF Best Female Player of the Year, after came to Dubai World Superseries Finals as the first seeded both in women's and mixed doubles, and also won the women's doubles gold and mixed doubles silver medals at the 2017 BWF World Championships in Glasgow, Scotland. 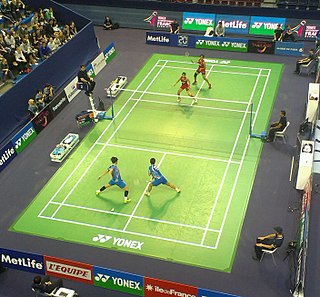 Sayaka Hirota is a Japanese badminton player. She and her partner Yuki Fukushima won the 2017 Most Improved Player of the Year award. Hirota and Fukushima were ranked world No. 1 at the BWF World Ranking in 21 June 2018. 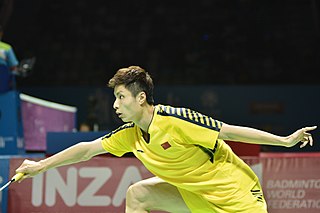 Shi Yuqi is a Chinese badminton player. Shi Yuqi won his first Superseries title in the 2016 French Open. At the 2017 All England Open, he defeated 6-time champion Lin Dan to reach the final, and repeated the same feat again at the 2018 All England Open, where he outclassed Lin Dan in the tournament final, winning the most prestigious tournament of his career.

Apriyani Rahayu is an Indonesian badminton player specializing in doubles. She was the gold medalist in 2019 Southeast Asian Games, and two times bronze medalists at the World Championships in 2018 and 2019. Rahayu also won bronze medals at the 2018 Asian Games in the women's team and doubles with her current partner Greysia Polii.

Mathias Christiansen is a Danish badminton player who joining the national team since July 2013.

Kong Hee-yong is a South Korean badminton player. In 2013, she won the mixed team gold at the BWF World Junior Championships. In 2014, Kong who was educated at the Daesung girls' high school competed at the Asian Junior Championships and won the silver medals in the mixed team and doubles event. She also play for the Jeonbuk Bank at the national event, and at the 2017 Japan Open, she became the runner-up in the women's doubles event partnered with Kim Ha-na. Together with Kim So-yeong, she was awarded as the 2019 BWF Most Improved Player of the Year.