He was a close friend of the young Tenzin Gyatso, 14th Dalai Lama who was born in the same year as he. The 14th Dalai Lama awarded Jigdrel the title of Hu Thok, which is the highest ranking after the King of Tibet.

Living at Dzogchen Monastery in historical Kham in Eastern Tibet, he was killed on the invasion by the Chinese in 1959 as it became a part of Sichuan where it stands today. He was just 24 years old. [1] 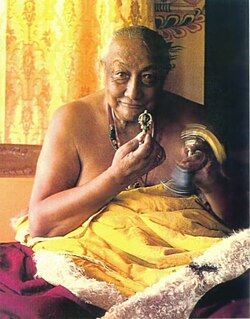 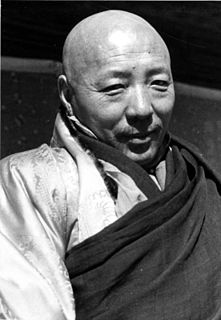 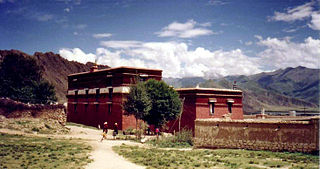 Nechung Monastery, Nechung Gompa or Nechung Chok, is the seat of the State Oracle of Tibet. 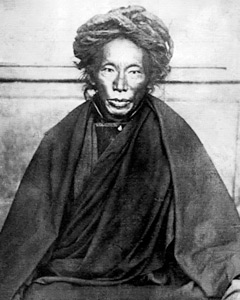 Tertön Sogyal Lerab Lingpa (1856-1926) was a Tibetan Buddhist tertön and a teacher of the Thirteenth Dalai Lama.

Jikme Losel Wangpo is the 7th Dzogchen Rinpoche of Tibet in the Nyingma sect of Tibetan Buddhism. He is the 7th reincarnation of Pema Rigdzin. 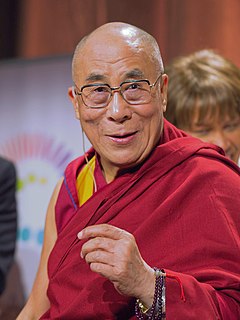 Rato Dratsang, also known as Rato Monastery, is a Tibetan Buddhist monastery or monastic university of the Gelug or "Yellow Hat" tradition. Rato was, for many centuries, one of the major monastic colleges in Tibet.

Kyabje Lati Rinpoche Born in the Kham region of Eastern Tibet in 1922, Lati Rinpoche was identified as the reincarnation of a great practitioner by Gongkar Rinpoche and entered monastic life at the age of 10.